Martin Luther King, Jr. Day takes place on third Monday of January each year, near the time of Dr. King's birthday on January 15th. It commemorates the life and work of Dr. Martin Luther King, Jr., a reverend and civil rights activist who lead the African-American civil rights movement in the United States. He is best known for his inspirational "I Have a Dream" speech, delivered at the March on Washington in 1963. His birthday was established as a national holiday in 1986, but was not celebrated in all 50 states until 2000.

Washington's Birthday was established as a federal holiday in 1885. It celebrates the life and contributions of George Washington, first president of the United States and general of the American Revolution. In some states, the holiday is expanded to also commemorate President Abraham Lincoln's birthday, and is thus referred to as "President's Day". It occurs on the third Monday of February, near both presidents' birthdays. 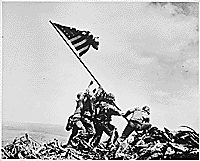 Celebrated on the last Monday of May, Memorial Day commemorates men and women who have died serving the United States. It was first instituted to remember soldiers who died in the Civil War, and was originally called "Decoration Day" because of the tradition of decorating soldiers' graves.

June 14th is Flag Day, commemorating the official adoption of the US flag by the Second Continental Congress in 1777. It celebrates the history and symbolic meaning of the American flag, and is also an opportunity to remember those who fight to protect it and the nation for which it stands. Although it has been celebrated since the Civil War, President Woodrow Wilson proclaimed that it would be celebrated on June 14th in 1916. However, it is not officially a federal holiday, and only Pennsylvania has adopted it as a state holiday. 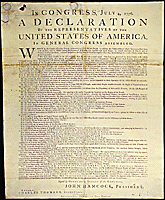 Independence Day marks the adoption by the first Continental Congress of the Declaration of Independence on July 4, 1776. Every July 4th, Americans celebrate this federal holiday with parades, fireworks, games, and patriotic music, following Thomas Jefferson's injunction that,

"It ought to be solemnized with pomp and parade, with shows, games, sports, guns, bells, bonfires, and illuminations, from one end of this continent to the other, from this time forward forever more."

Constitution Day is celebrated on September 17th, memorializing the date that the Constitution was signed in 1787. Previously known as "Citizenship Day", it became an official federal holiday called "Constitution Day" in 2004. On this day, students learn about the constitution, the rights it ensures, and related issues in American government and history.

The Tuesday following the first Monday of November is Election Day, when ballots are cast for elected officials. The first presidential election to occur simultaneously on this day took place in 1848, and the House of Representatives election was moved to take place on the same date in 1872. Voting that takes place on the same date throughout the country prevents earlier elections from affecting later ones.

Veterans Day is celebrated on November 11th and commemorates all veterans of the US military. A federal holiday, it occurs on November 11th to memorialize the Armistice which ended World War I on that date in 1918. It was proclaimed a holiday by President Dwight D. Eisenhower in 1954.