In this one-woman performance, Kate Cambell Stevenson combines music and theater to tell the story of the early 20th-century fight for the ratification of the 19th Amendment. She portrays many renowned women including Abigail Adams, First Lady and early women’s rights advocate; Rose Crabtree, member of the 1920 all-female town council of Jackson Hole, WY; and Alice Paul, early 20th-century suffragist and co-founder of the National Women's Party. 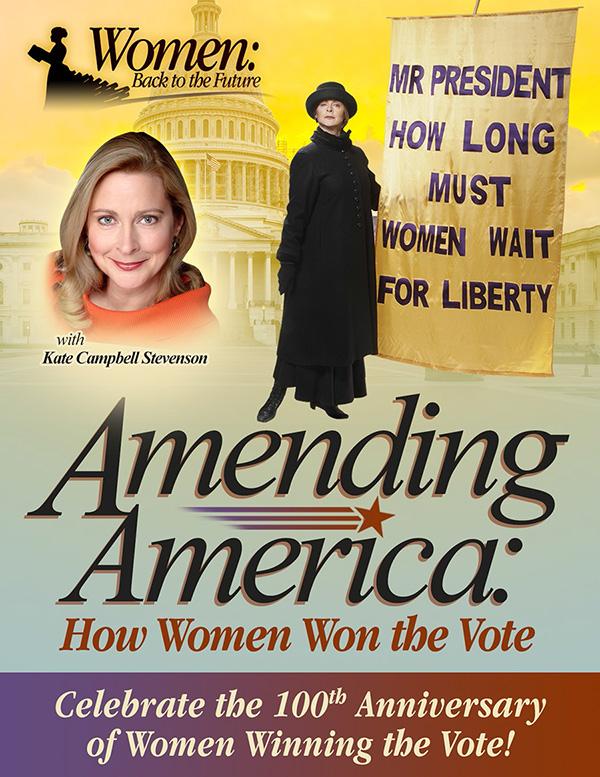