During the period following the Civil War, between 1866 and 1897, the federal government designed and built some 300 new buildings throughout the nation. The Office of the Supervising Architect, a federal office located in Washington, DC, maintained tight control over these construction projects. It provided detailed drawings communicating every conceivable aspect of a building's design and construction to the architects supervising the work at the various construction sites.

Collectively, these drawings provide meticulous documentation of federal buildings constructed during the last half of the 19th century; individually, many of them stand alone as works of art.

Details of ironwork of stairs of the
U.S. Courthouse and Post Office,
Pittsburgh, Pennsylvania, 1890

Shown here is a rendering of the ornamental ironwork for the interior of a federal building in Pittsburgh, Pennsylvania.

Details of ironwork of stairs of the U.S. Courthouse and Post Office, Pittsburgh, Pennsylvania, 1890 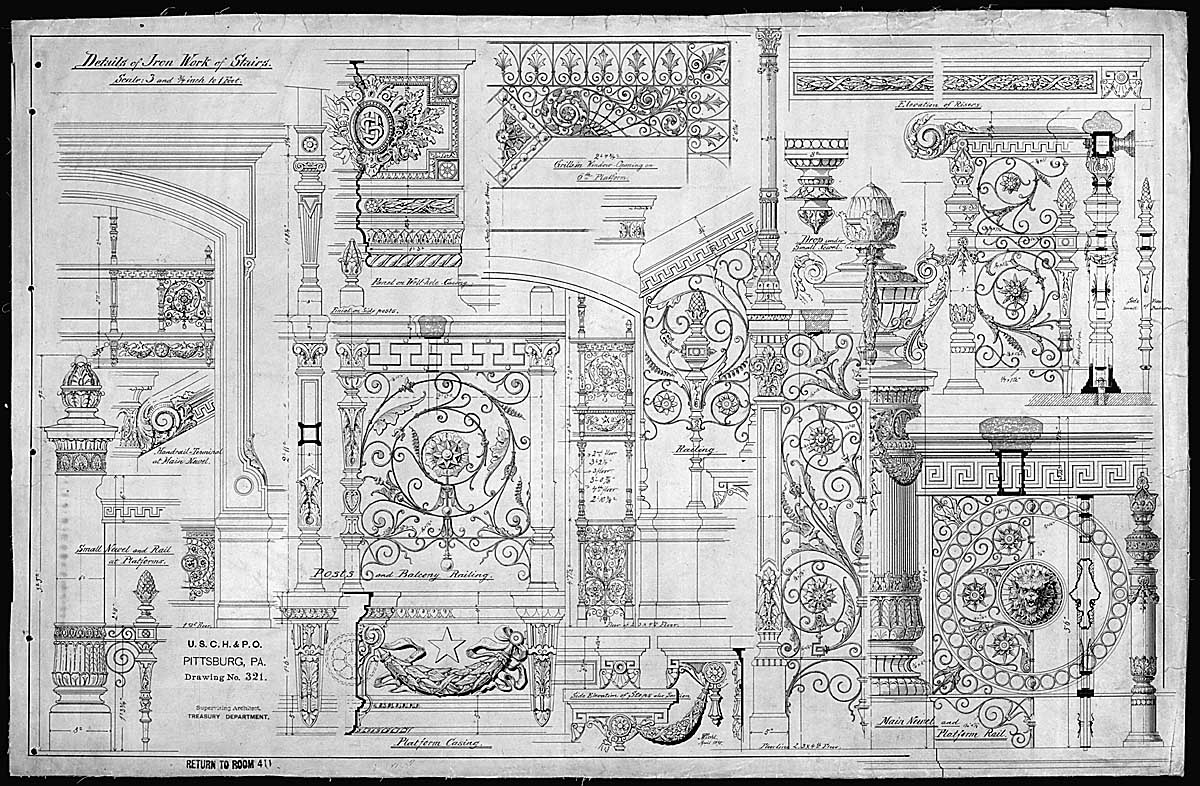 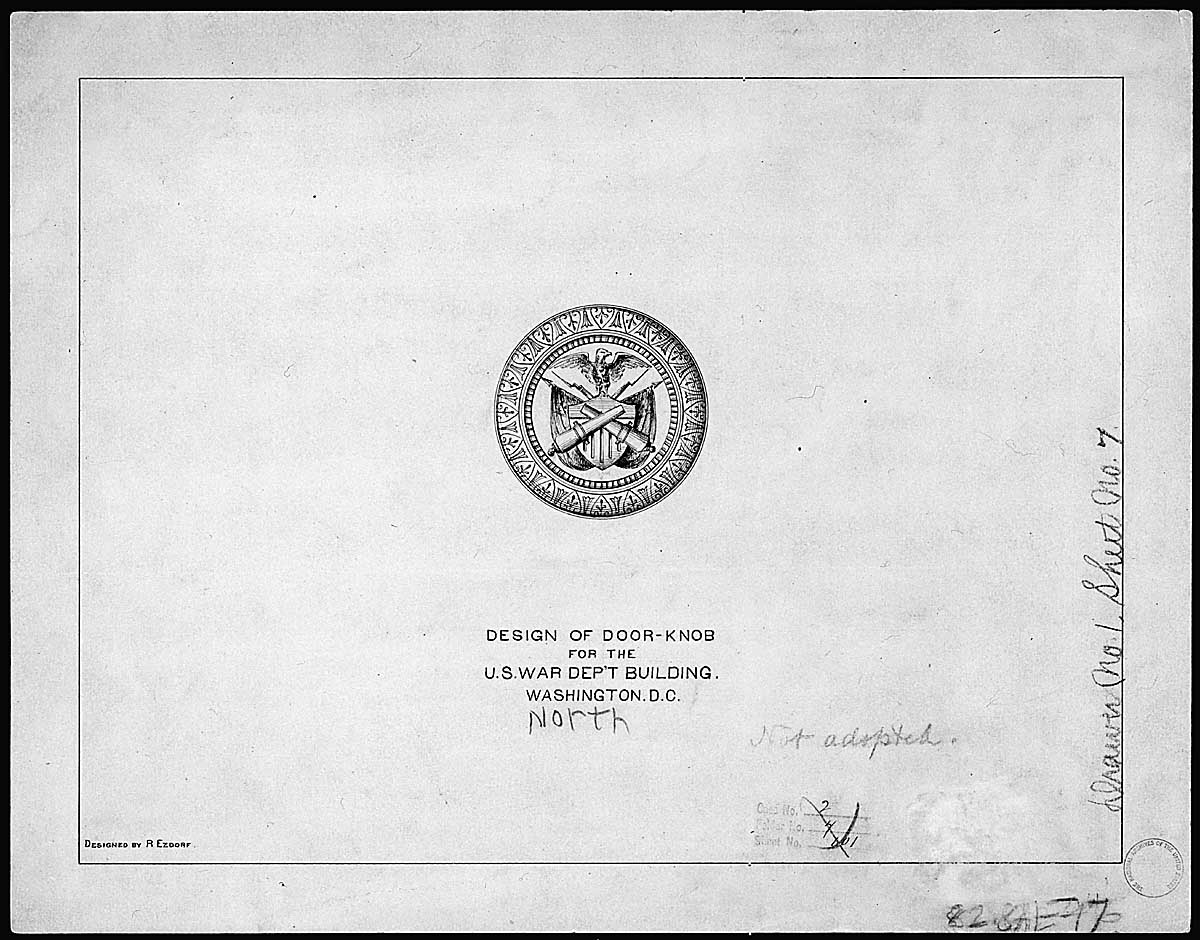 Continue to
Next document in this section

Return to
Previous document in this section
Introduction
American Originals 2