The Treaty of Paris

The treaty, sent to Congress by the American negotiators, John Adams, Benjamin Franklin, and John Jay, formally ended the Revolutionary War. They emerged from the peace process with one of the most advantageous treaties ever negotiated for the United States. Two crucial provisions of the treaty were British recognition of U.S. independence and the delineation of boundaries that would allow for American western expansion.

There are two duplicate originals of the treaty in the American Original file that are most easily distinguished from each other by the orientation of their seals, horizontal on one and vertical on the other. 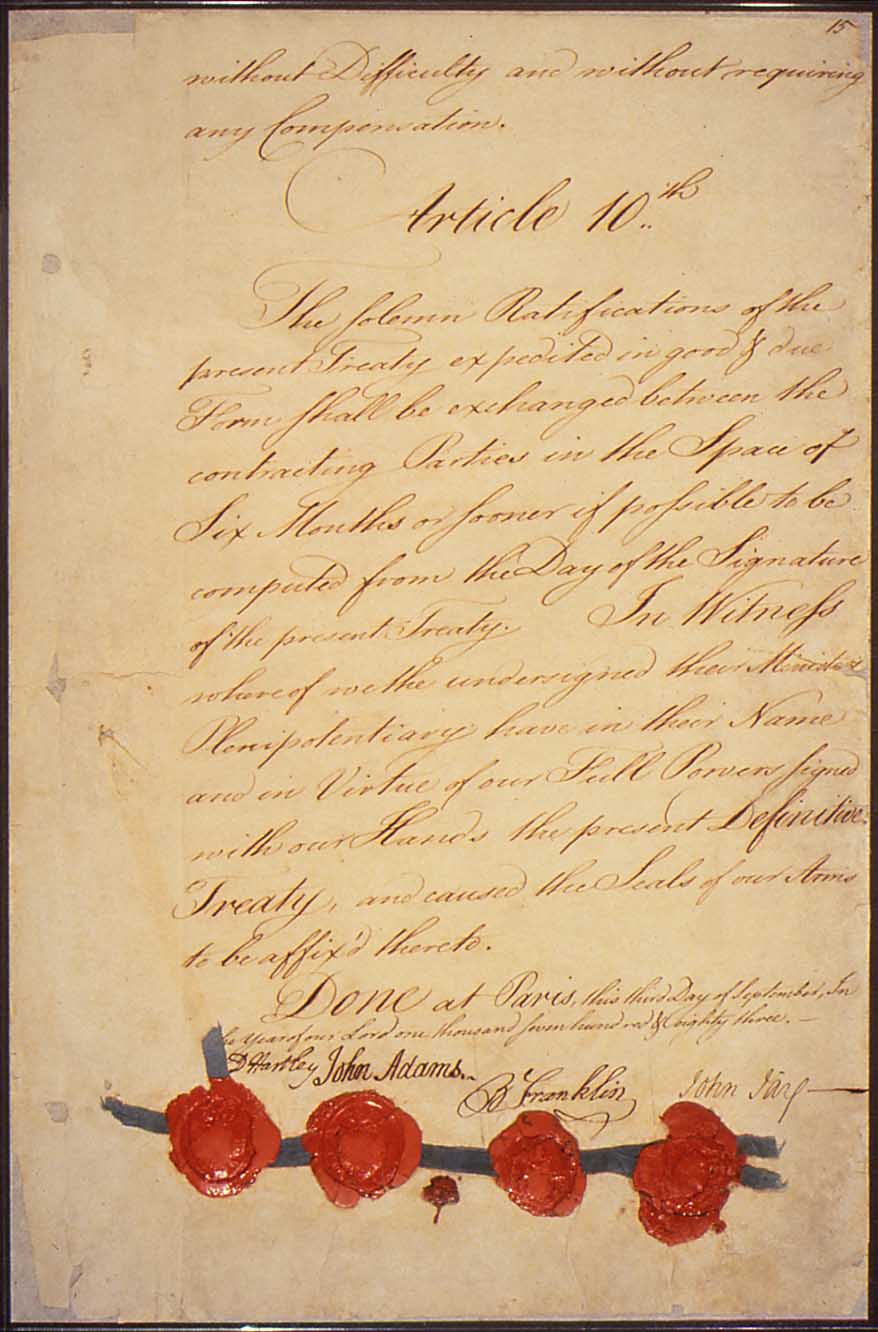