House Speaker Henry Clay, who finished fourth and was no longer a candidate, was in a critical position to determine the outcome of the House vote. He threw his support and considerable influence behind John Quincy Adams. Although the Constitution does not require that the House select the lead candidate, when John Quincy Adams was chosen over Andrew Jackson, Jackson and his supporters charged that the House of Representatives had openly defied the will of the people. 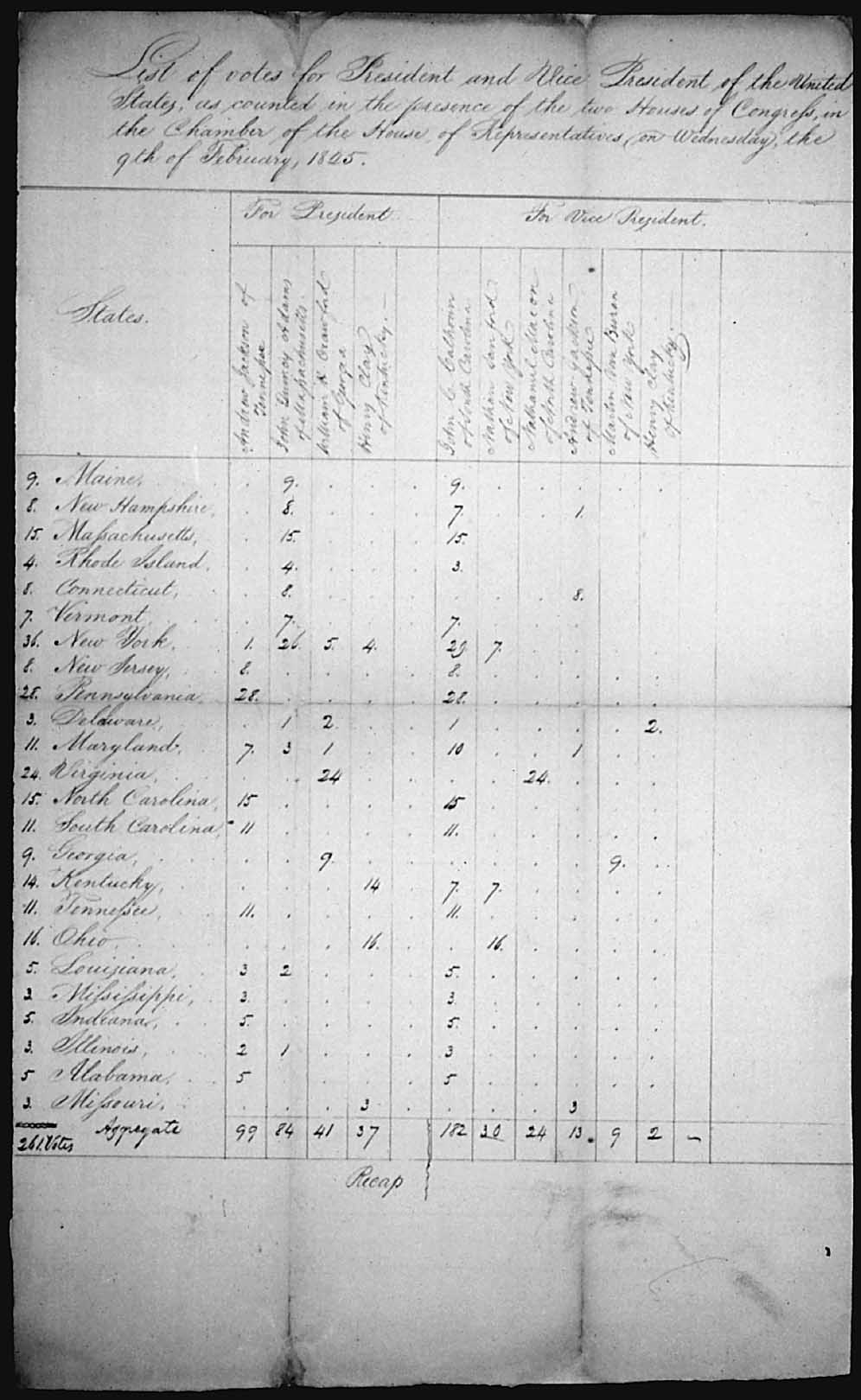 Return to
Previous part of this section: Lewis and Clark Expedition
Expansion and Reform (1801-1861)
American Originals 2