Photograph of Ham the Space Chimp After Orbiting the Earth, January 31, 1961

Before NASA could send humans into space, they used animals as test subjects to determine whether or not a human could survive or perform tasks miles above the Earth’s surface. On January 31, 1961, Ham the space chimpanzee made history by traveling in a Mercury capsule blasted into low Earth orbit. This photo, submitted by NASA to the Senate Committee on Space and Astronautics, captured an image of Ham stretching for an apple after the capsule’s safe landing. More than just a passive rider, Ham readily performed a series of learned tasks on his journey proving that humans would have at least a limited functional capability in space. 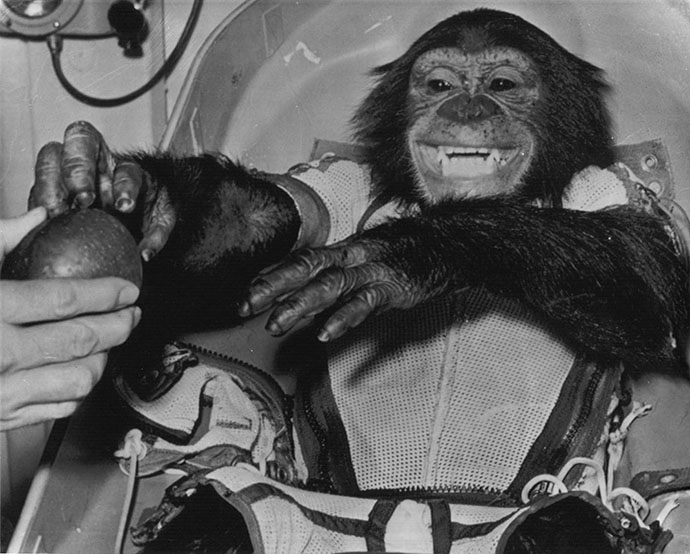 Return to Congress and the Early Exploration of Space Documents