New York on the Record: Rightfully Hers

New York on the Record: Rightfully Hers

New York on the Record: Rightfully Hers highlighted records from the National Archives at New York City to commemorate the 100th anniversary of the 19th Amendment and explore the struggle and diverse experiences surrounding this landmark moment in American history. The documents illustrate how family history, the rights of individuals, finance, and other unexpected stories intersect to present a fuller exploration of the fight for American women’s suffrage.

This exhibit was presented in support of Rightfully Hers: American Women and the Vote at the National Archives Museum in Washington, DC, from May 10, 2019, through January 3, 2021.

Designed by Cass Gilbert, and completed in 1907, the Alexander Hamilton U.S. Custom House in New York City sits at the tip of Bowling Green park. This beaux-arts masterpiece was built to house New York’s Federal Custom Service to assess and collect duties and taxes on imported goods in one of the nation’s most prosperous ports.  The building is which is open to the public is listed in the National Register of Historic Places , is designated as a National Historic Landmark and both public and interior spaces are landmarked according to New York City's Landmarks Preservation Commission. 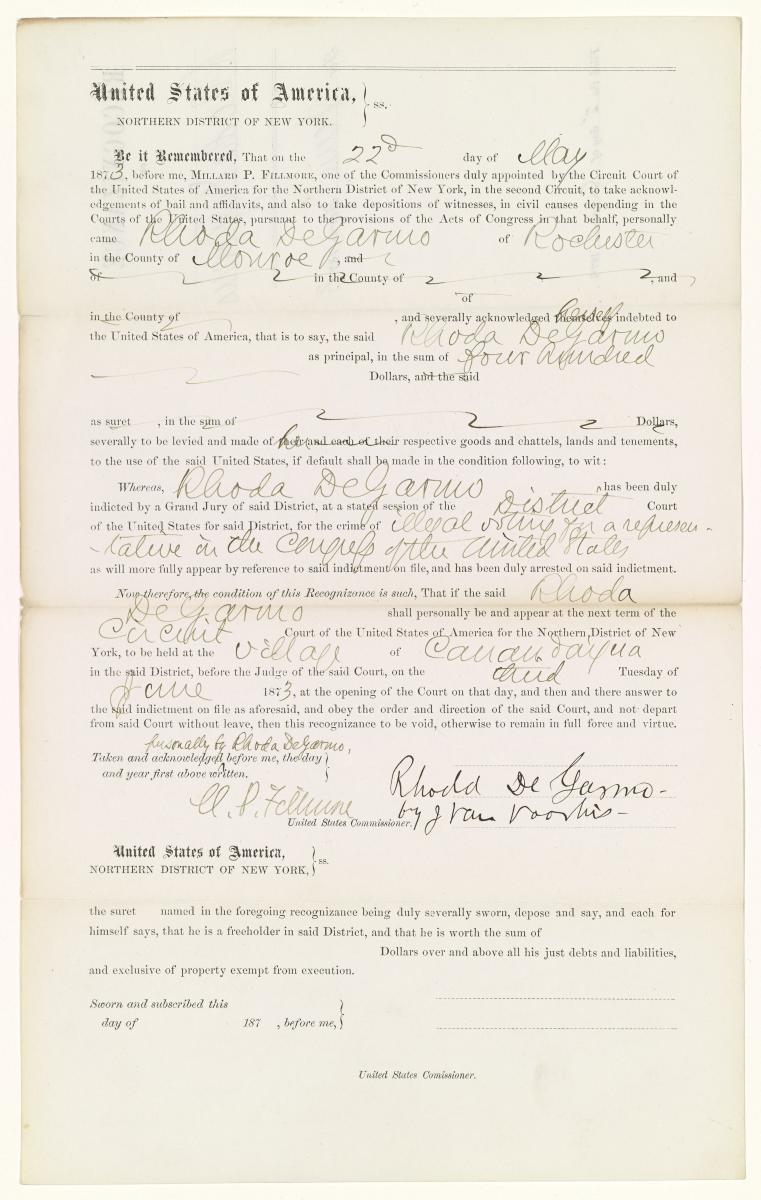 One of the 13 women arrested with Susan B. Anthony in 1873 for illegal voting in Rochester, NY.