National Archives at New York City Opens "A City Under Siege: The 150th Anniversary of the Civil War Draft Riots" 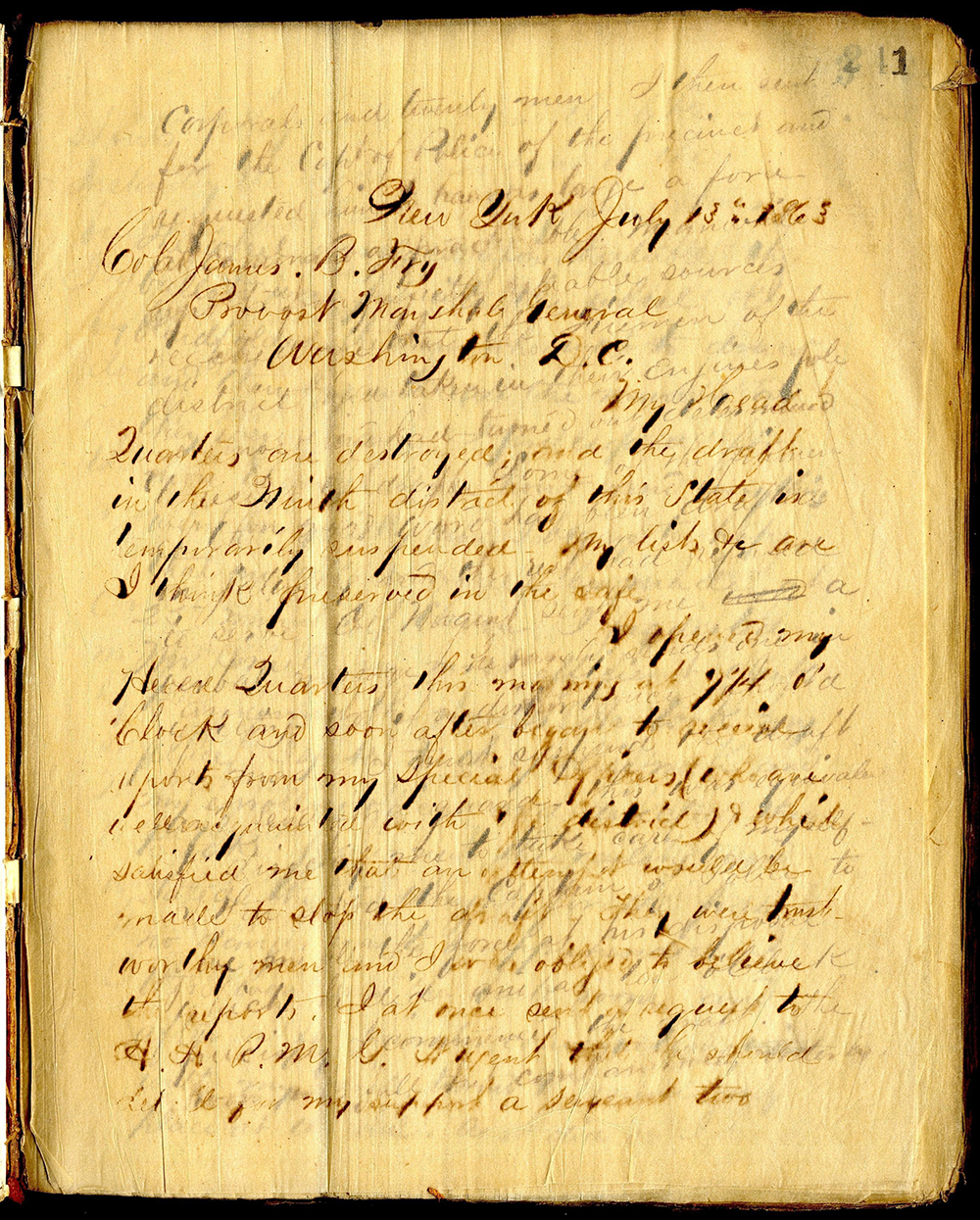 The Civil War Draft Riot, the largest uprising in US history, erupted in response to the first draft in American history. A war that was originally expected by many to last less than 90 days, had entered its third brutal year and the Union needed soldiers to replenish its ranks. Many people took the draft as further evidence that the Civil War was a "rich man's war, but a poor man's fight" because exemptions allowed a person to hire a substitute or pay a $300 commutation fee to avoid the draft. On July 13th, tensions erupted and mobs rose up throughout New York, initially targeting government buildings and representatives, before focusing their violence on the African-American community. After four days, casualties numbered over 1,000 and millions of dollars of property was destroyed.

A City Under Siege is told through documents of the Provost Marshal General's Bureau, the military department in charge of enacting the draft. This anniversary display shows a small sample of documents about the riot, starting with a letter sent from the Provost Marshal of the 9th District of New York, where the riots initially broke out. Additional documents speak to the spread and impact of the draft riots from the city to the surrounding area.

Visit this sesquicentennial anniversary display through October 2013 in the 3rd floor Welcome Center at the Alexander Hamilton U.S. Custom House at One Bowling Green, New York City, NY. The Welcome Center and Research Center are open Monday through Friday 10:00 am to 5:00 pm and the first Saturday of each month from 10:00 to 4:00 pm. Exhibit tours will be offered every Wednesday at 12pm.

The National Archives at New York City holdings include thousands of volumes from the Provost Marshall General's Bureau. These records, which were transferred from Washington, DC to New York City in 2008, are an important, albeit untapped resource for Civil War scholars.

Additional Information about these records can be found at: