The Legacies of World War I 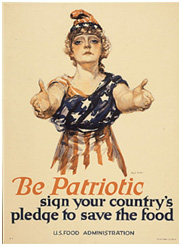 To commemorate the 100th anniversary of the outbreak of World War I, Martin Levinson, a member of the National Book Critics Circle, World War I Historical Association and Authors Guild, provides an informative lecture about the war. Its legacy is more present than we may think. The volatile politics of Middle East and Balkan Europe stem directly from World War I and its immediate aftereffects. America's current preoccupation to champion democracy.

Lecture on the Legacies of World War I

The public should register via newyork.archives@nara.gov or 866-840-1752 to reserve a space.

Please note: All programs are free and open to the public.

Martin H. Levinson brings over 40 years of experience in general semantics, counseling, administration, and education, to his teaching, writing, and international consulting work. He worked in the field of drug prevention for 35 years and has taught many college courses in diverse areas. He is president of the Institute of General Semantics and book editor for ETC: A Review of General Semantics. He holds a PhD from NYU.

For more information about the National Archives at New York City, visit: www.archives.gov/nyc