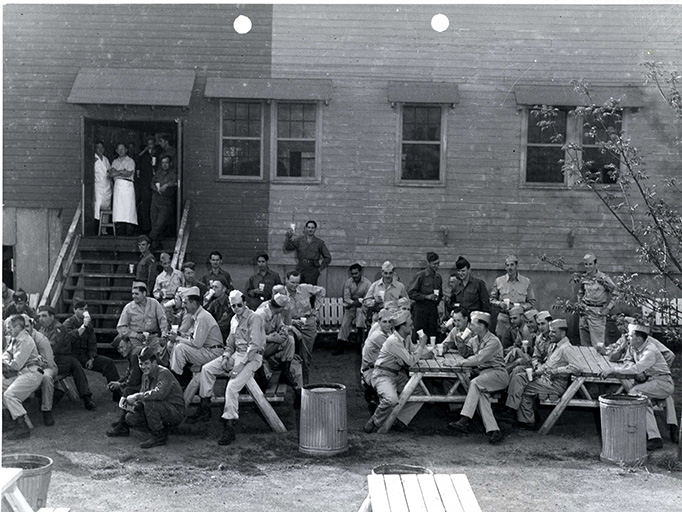 Outdoor Beer Garden at Camp Kilmer, ca. June 1945, Records of the Office of the Chief of Transportation Camp Kilmer in New Jersey was an important transportation hub with over two million service members processed during World War II. The base included barracks, a hospital, and recreational facilities, such as this outdoor beer garden.

New York on the Record: Spirited Republic highlighted records from the National Archives at New York City to explore instances in which alcohol has intersected with family history, rights of individuals, finance, and other unexpected stories.

This New York City installation is in support of "Spirited Republic: Alcohol in American History" at the National Archives Museum in Washington, DC, through January 10, 2016.

The National Archives at New York City is located on the 3rd floor of the Alexander Hamilton U.S. Custom House at One Bowling Green in Lower Manhattan. 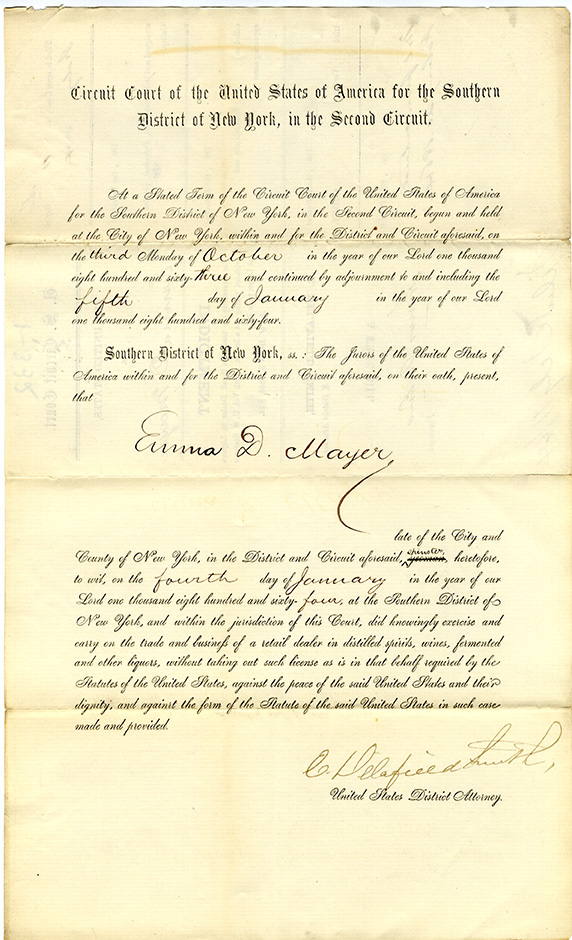 Indictment of Emma D. Mayer, July 11, 1864, Records of District Courts of the United States A New York woman was indicted for selling alcohol without a license in 1860s Manhattan.