Groundbreaking exhibit explores nation’s love affair with, fear of, and obsession with food 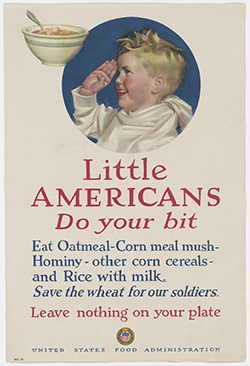 Unearth the stories and personalities behind the increasingly complex programs and legislation that affect what we eat. Learn about Federal Government's extraordinary efforts, successes, and failures to change our eating habits. From Revolutionary War rations to cold war cultural exchanges, discover the multiple ways that food has occupied the hearts and minds of Americans and their government.

Food-related holdings of the National Archives are surprisingly yet tastefully presented in this exploration of the government's role in the American approach to food. What's Cooking Uncle Sam? is free and open to the public, and will be on display in the 2nd floor Rotunda of the historic Alexander Hamilton U.S. Custom House at One Bowling Green, NY, NY. through July 6, 2015. The exhibition was created by the exhibit staff of the National Archives Experience with support from the National Archives Foundation. . 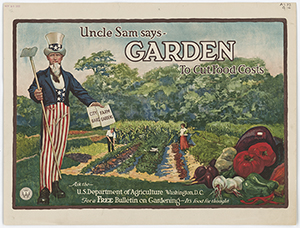 "What's Cooking, Uncle Sam?" offers visitors the chance to examine letters, diaries, photos, maps, petitions, films, patents, and proclamations from the food-related collection of the National Archives with the following themes of Farm, Factory, Kitchen, and Table. For this traveling exhibit, select New York facsimiles will also be on display including:

Learn more about the exhibit online at: http://www.archives.gov/exhibits/whats-cooking/

The National Archives at New York City is located at the historic Alexander Hamilton U.S. Custom House, One Bowling Green, New York, NY. The National Archives at New York City maintains the historically significant records of Federal agencies and courts in New Jersey, New York, Puerto Rico, and the U.S. Virgin Islands dating from 1685 to the present. Our documents are used for various types of research, including tracing family history. Our exhibit and research center are free and open to the public.