at the National Archives at New York City 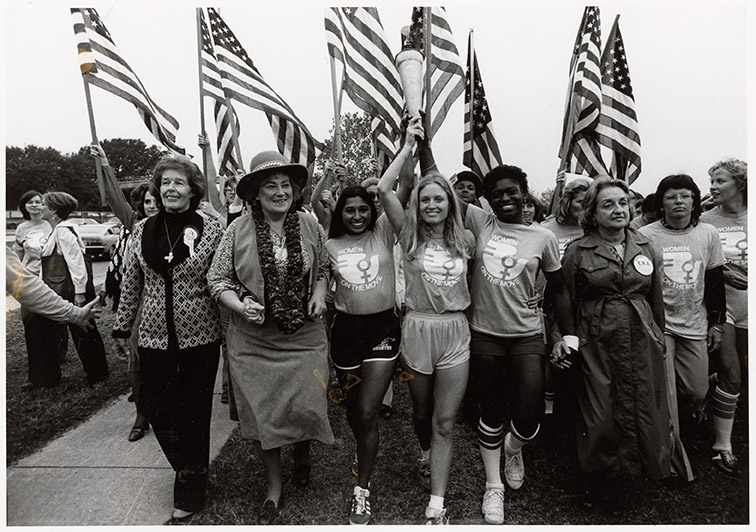 2016 marks the 225th Anniversary of the ratification of the Bill of Rights. Beginning this year through 2017, the National Archives is hosting a series of National Conversations on Rights and Justice that explore a range of contemporary issues, addressing the tension between individual rights and collective responsibilities, a process that began with the Bill of Rights.

The National Conversations on Rights and Justice will take place at different locations across the country and each program will have a central topic. Grounded in documents from the National Archives' collection, they will explore the stories of America's past. These conversations are starting points from which we will look forward, wondering what new stories wait to be written.

National Conversation on Rights Justice, focusing on Women’s Rights and Gender Equality. A series of panelists will discuss women’s rights, gender equality and advocacy and action.

The National Archives at New York City, in partnership with the National Museum of the American Indian at the Alexander Hamilton U.S. Custom House, One Bowling Green, NY, NY.

ABOUT THE NATIONAL ARCHIVES

The National Archives and Records Administration is an independent Federal agency that serves American democracy by safeguarding and preserving the records of our Government, so people can discover, use, and learn from this documentary heritage. The National Archives ensures continuing access to the essential documentation of the rights of American citizens and the actions of their government. From the Declaration of Independence to accounts of ordinary Americans, the holdings of the National Archives directly touch the lives of millions of people. The agency supports democracy, promotes civic education, and facilitates historical understanding of our national experience. The National Archives carries out its mission through a nationwide network of archives, records centers, and Presidential Libraries, and on the Internet at: archives.gov.

ABOUT THE NATIONAL ARCHIVES OUTREACH PROGRAM

But the Archives’ impact extends well beyond Washington, DC. Through an impressive array of exhibitions and education and public programs, the Archives reaches over 4 million people across the nation. With support secured through the National Archives Foundation and the individual Library Foundations, the Archives’ experienced outreach staff work to reach the most diverse and broadest number of people possible, whether onsite or online, across NARA’s nationwide network of venues and in partnership with other institutions that share our commitment to civic engagement and historical understanding. The goal is to establish the Archives as the nationwide advocate for civic literacy and engagement and increase public appreciation of the National Archives as one of the nation’s premier cultural institutions.