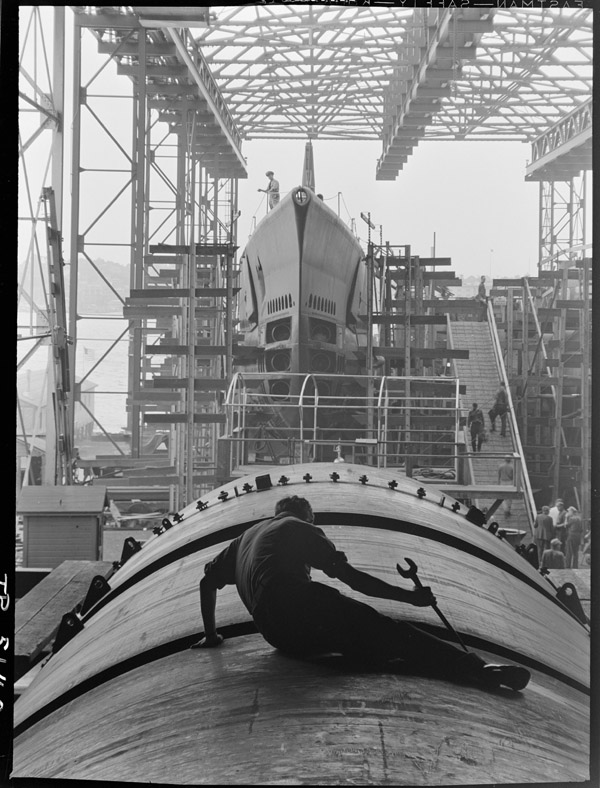 "The Way We Worked," a highly-acclaimed photo exhibition focusing on the history of work in America, is on display for only six more weeks (through May 29) in the Lawrence F. O'Brien Gallery of the National Archives Building in Washington, DC.

"The Way We Worked" offers a lens for viewing the enormous transformation of work and workplaces through photography 1857 - 1987. These photographs drawn from the National Archives collection document work clothing, locales, conditions, and conflict. They also depict a workforce whose distinctiveness was shaped by immigration and ethnicity, slavery and racial segregation, wage labor and technology, gender roles and class-as well as by the American ideals of freedom and equality. Most importantly, these images honor those who built this country-the working men and women of America.

"The Way We Worked" includes 86 exceptional black and white and color photographs. Also from the National Archives holdings are large photomurals, a video showing a variety of workplaces, and audio segments in which workers talk about their experiences on the job.

Where We Worked Americans have worked just about everywhere: on farms, boats, and skyscrapers; in mines, offices, and factories; and at home, restaurants, and hospitals. 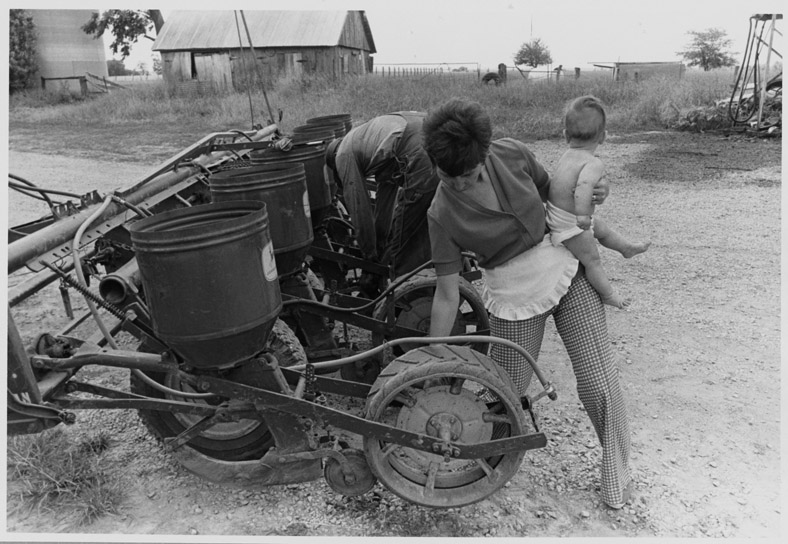 Enlarge
Jean Schnelle pulls weeds out of a planter while balancing her six-month-old son, Dwight, on her hip By Michelle Bogre, Lockwood Missouri, ca. 1978National Archives, Records of the U.S. Information Agency

How We Worked Photographs show workers posing heroically with their tools and as the symbolic "heart of the turbine." These pictures also reveal the effect of technology and automation as operatives sit along assembly lines, labor in typing pools, or work amid the sounds of machinery around them.

What We Wore to Work Work clothes have many functions. They serve as badges of authority and status, make occupations immediately identifiable, and sometimes distinguish male and female roles.

Dangerous and Unhealthy Work Photography has traditionally documented "the dangerous trades" in the United States. Social reformers have used photographs as evidence to ban child labor, reduce the hours that women could work, and expose unsanitary workplaces. Engineers have photographed the details of machinery and processes to improve operations and practices.

Conflict at Work Workers and managers have clashed over wages, hours of work, working conditions, work rules, and union recognition. Strikes, lockouts, protests, and boycotts as well as bargaining and settlements have played a large part in shaping American history.

The exhibit will be on display through May 29, 2006, and is free and open to the public. The National Archives is located on the National Mall on Constitution Avenue at 9th Street, NW. Spring hours (through Memorial Day Weekend) are 10 A.M. - 7:00 P.M. daily.

This page was last reviewed on January 26, 2022.
Contact us with questions or comments.