Records of the National Park Service 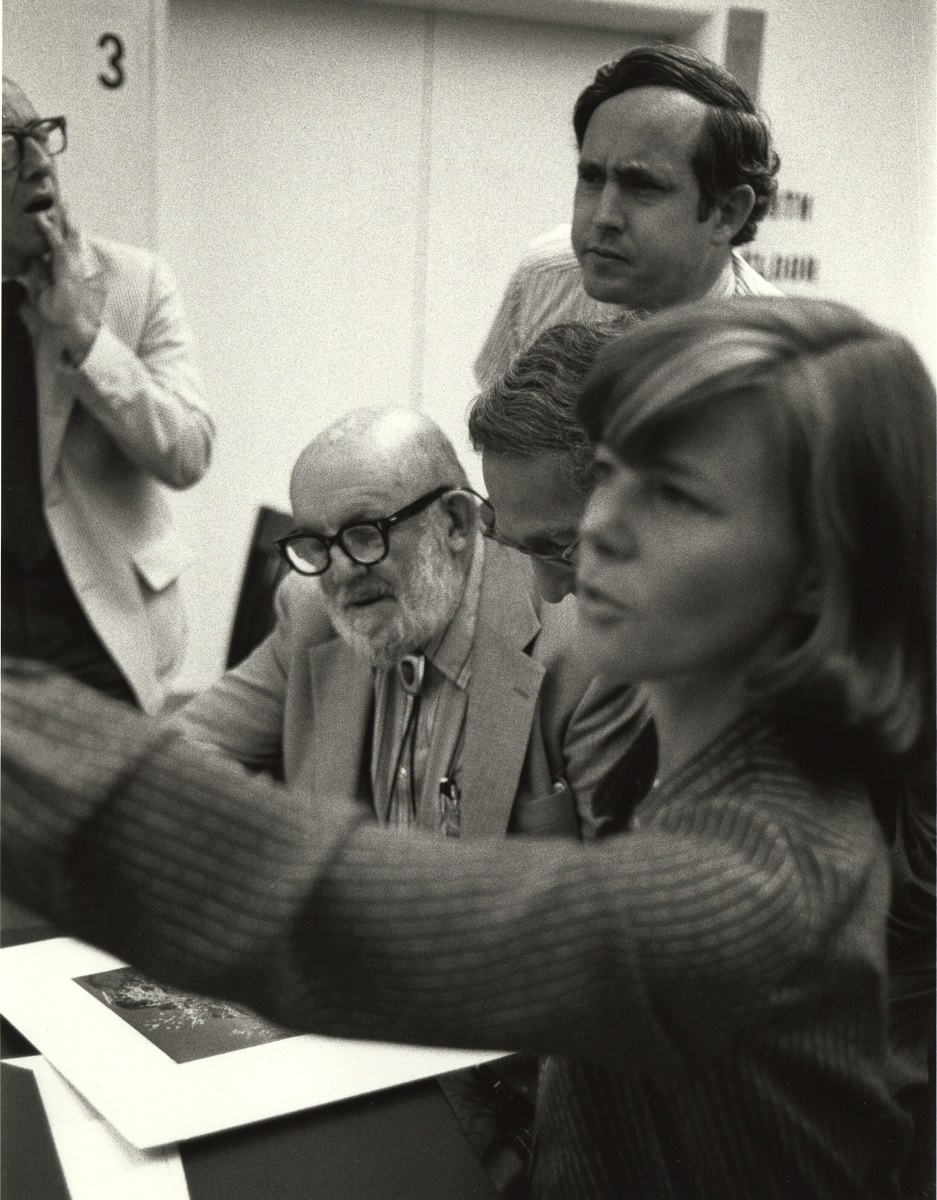 In 1941 the National Park Service commissioned noted photographer Ansel Adams to create a photo mural for the Department of the Interior Building in Washington, DC. The theme was to be nature as exemplified and protected in the U.S. National Parks. The mural project was halted because of World War II and never resumed, however the photographs remained.

Much later in 1962 the photographs were accessioned into the holdings of the Still Picture Branch at the National Archives and Records Administration. The original prints created for the project now reside within the series 79-AA: Ansel Adams Photographs of National Parks and Monuments, 1941 - 1942, while the negatives were originally retained by Adams at the time. Ansel Adams would later visit the Still Picture Branch and review his photographic prints in 1979.

The holdings of the National Archives' Still Picture Branch include 226 photographs taken for this project, most of them signed and captioned by Adams. They were taken between 1941 and 1942 at the Grand Canyon, Grand Teton, Kings Canyon, Mesa Verde, Rocky Mountain, Yellowstone, Yosemite, Carlsbad Caverns, Glacier, and Zion National Parks; Death Valley, Saguaro, and Canyon de Chelly National Monuments. Other pictures were taken at the Boulder Dam; Acoma Pueblo, NM; San Idelfonso, NM; Taos Pueblo, NM; Tuba City, AZ; Walpi, AZ; and Owens Valley, CA. Many of the latter locations show Navajo and Pueblo Indians, their homes and activities.

The Kings Canyon photographs were taken in 1936 when the establishment of the park was being proposed. These prints were added by Adams to the mural project. The one photograph of Yosemite (79-AAU-1) was a gift from Adams to the head of the Park Service, Horace Albright, in 1933.

In addition, there are eight photographs taken by Adams of Yosemite in the General Photographic Files of the National Park Service (79-G). While the majority of Adams’ photographs in the Still Picture Branch holdings are within the public domain, these specific photos may still be under copyright protection.

Additional updates to this introduction were made as recently as May 2021.

The photographs within this list--with the exception of those in the series 79-G--are within the public domain. If you’d like to use an image from the Still Picture Branch holdings, please see our Copyright and Permissions page.

Note: Quotation marks indicate information which was copied from the reverse of the mount cards.

Records of the National Park Service
General Photographic File
(These photos may still be under copyright protection.)