The leadership style of General George C. Marshall encouraged soldiers to think critically and take initiative. With battles on six continents during World War II, these skills were crucial for commanders making decisions an ocean away from the Pentagon. Marshall had confidence in commanders and supported their decisions.
Although Marshall and Eisenhower didn’t work together until late 1941, Eisenhower witnessed Marshall’s leadership style while Chief of Staff of the Army and adopted several of its tenets in his military and government service. Papers at the George C. Marshall Foundation in Lexington, VA, trace this evolution of trust and confidence between the two generals.

These programs are all made possible courtesy of the Eisenhower Foundation with generous support from the Jeffcoat Memorial Foundation. 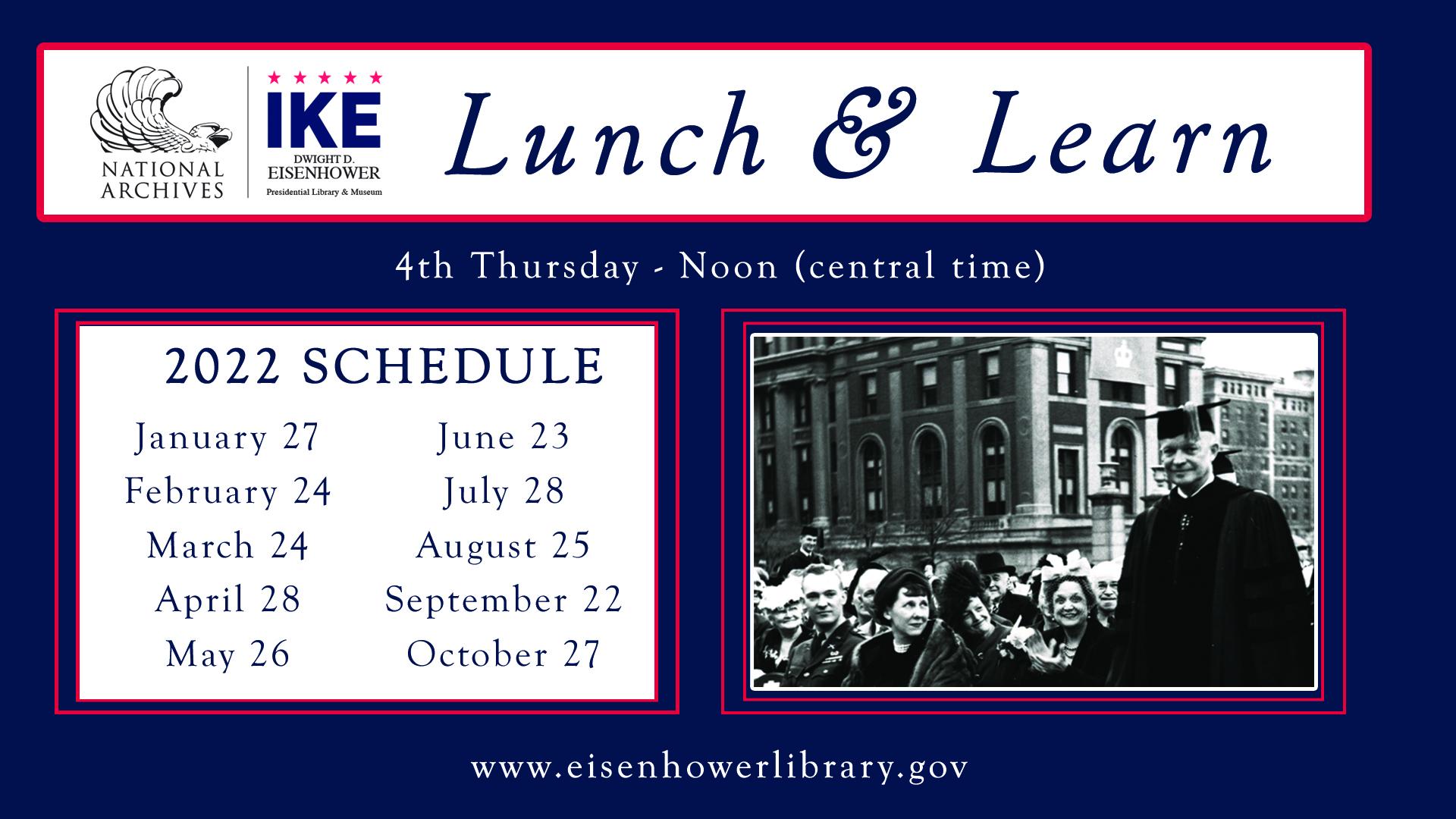