Watch each step of the Journey on the @USNatArchives Facebook page.

Our Virtual Journey of the Declaration of Independence takes place on the following dates: June 7, June 11, July 2, July 4, July 9, July 19, and August 2. Each step of the Journey will go live on the @USNatArchives Facebook page by 1 p.m. of the program date. Join us along with historical re-enactors to learn more about the Declaration of Independence.

August 2 is the final step of the Virtual Journey of the Declaration of Independence. On this day when the document was officially signed, listen to Thomas Jefferson, Ben Franklin, Oney Judge (formerly enslaved by George Washington), Abigail Adams, and Ned Hector (a soldier from the Battle of Brandywine) discuss the Declaration as a building block for the new United States and describe its permanent home in the Rotunda of the National Archives in Washington, DC. 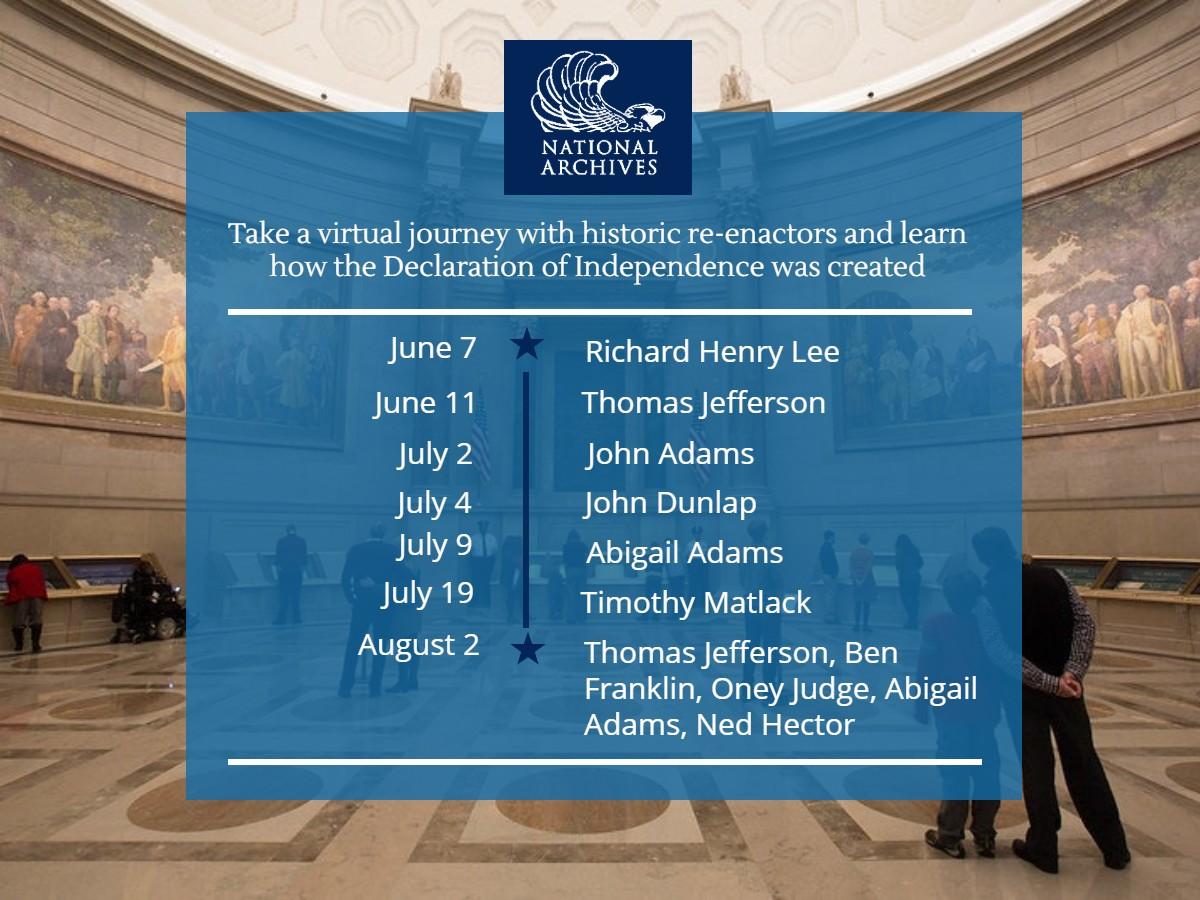