1,000 Lives may be Lost in Burning of the Excursion Boat Gen. Slocum

This headline appeared on June 16, 1904 in the New York Times. What started as a pleasant excursion on the East River ended in disaster. St. Marks Lutheran Church in the East Greenwich Village neighborhood of Little Germany chartered the General Slocum for a pleasant voyage to Locust Point on the north shore of Long Island. 1,358 church and community members consisting primarily of women and children departed from an East Third Street pier at about nine o'clock on the morning June 15, 1904. 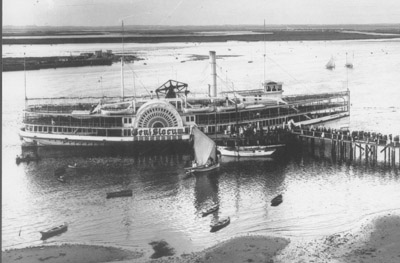 The ship never arrived at its destination. A smoldering fire in the lower compartments, fanned by a swift breeze and the movement of the ship, quickly engulfed the vessel as it neared Randalls Island and Hell Gate.


More information on the Slocum can be found here:
Top