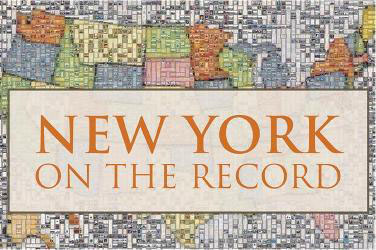 Through four themes, New York on the Record features letters, postcards, baseball cards, photographs, manifests and court documents from the holdings of the National Archives that have a connection to the history of New York.

In the Family Connection, the passenger arrival list featuring Annie Moore, the first person processed at Ellis Island is highlighted to show our records help millions of people uncover their family's past.

Defining Rights demonstrates a variety of rights have been asserted through Federal courts, including Martin Luther King Jr.'s intellectual property rights to his famous "I Have a Dream" speech.

In On the Record, the federal role in our commercial history is explored through official documents such as actor Edwin Booth's inventory for bankruptcy.

The National Archives at New York City is located on the 3rd floor of the Alexander Hamilton U.S. Custom House at One Bowling Green in Lower Manhattan. We are open Monday through Friday 10:00 am to 5:00 pm and the first Saturday of each month from 10:00 to 4:00 pm. New York on the Record is on display now through February 2014.