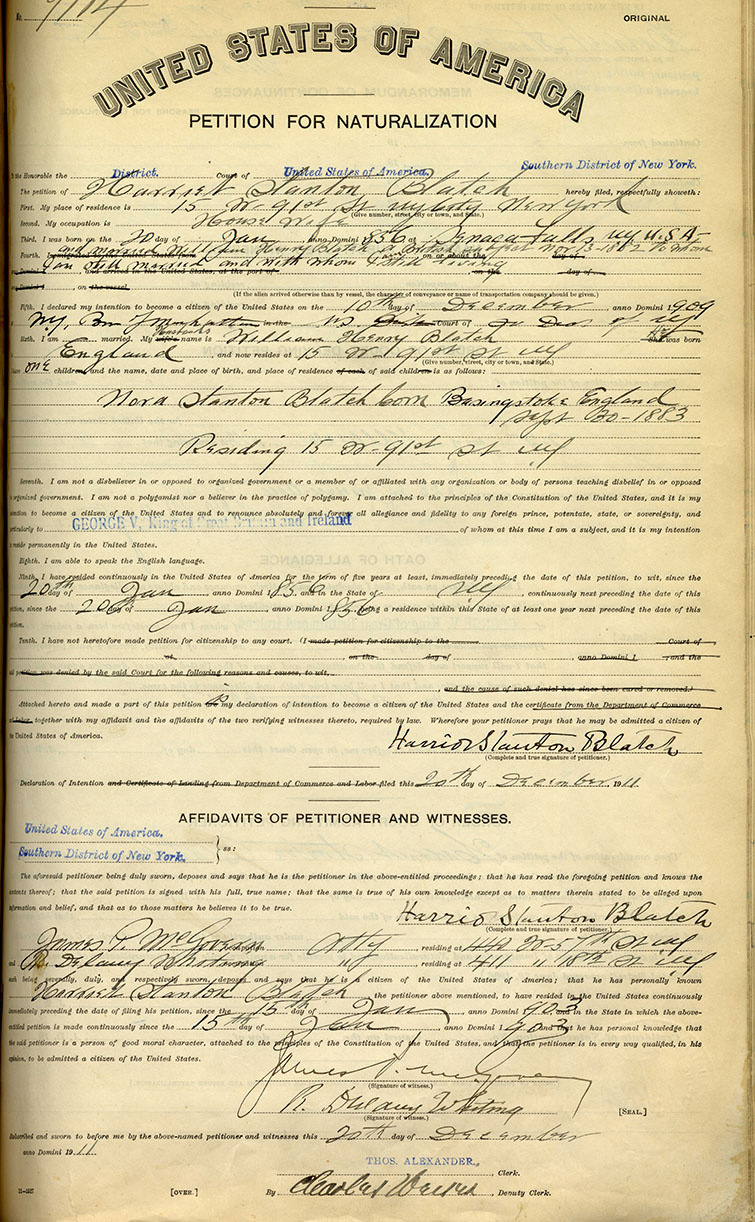 New York on the Record: Amending America, highlighted holdings from the National Archives at New York City to explore the Bill of Rights, constitutional amendments, and instances in which American citizens have sought to amend the Constitution to attain greater rights and freedoms. These actions are illustrated through documents that intersect with family history, rights of individuals, finance, and other unexpected stories.

This New York City installation is in support of Amending America at the National Archives Museum in Washington, DC, through September 4, 2017.

The National Archives at New York City is located on the 3rd floor of the Alexander Hamilton U.S. Custom House at One Bowling Green in Lower Manhattan.