The mission of the St. Louis Preservation Branch is to preserve the holdings of NARA’s regional archives to ensure timely and continued access to essential information. Our priority is to maximize the life expectancy of at-risk holdings by using sound conservation techniques, trusted reformatting technologies and preventative strategies. We adhere to the American Institute for Conservation’s (AIC) Code of Ethics and seek to further the understanding of these best practices. 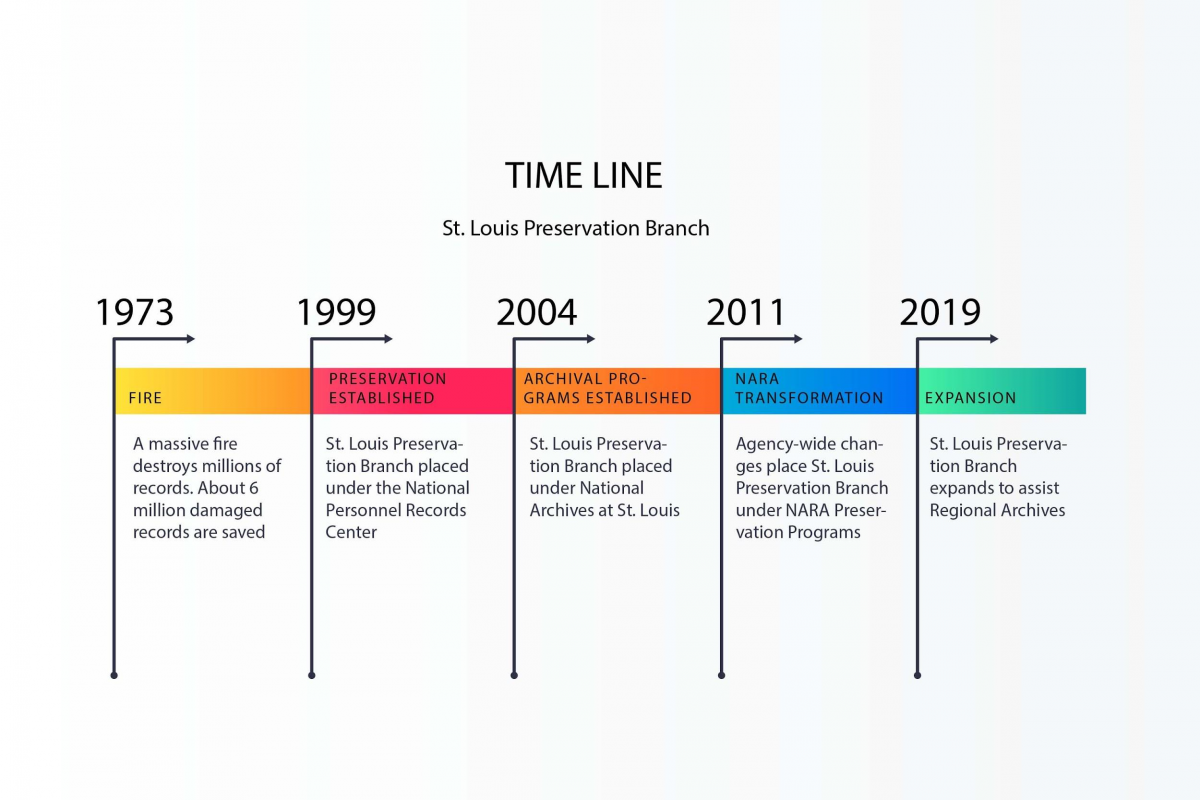