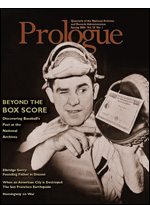 This page was last reviewed on January 7, 2013.
Contact us with questions or comments.