Where Have You Gone, James Madison? 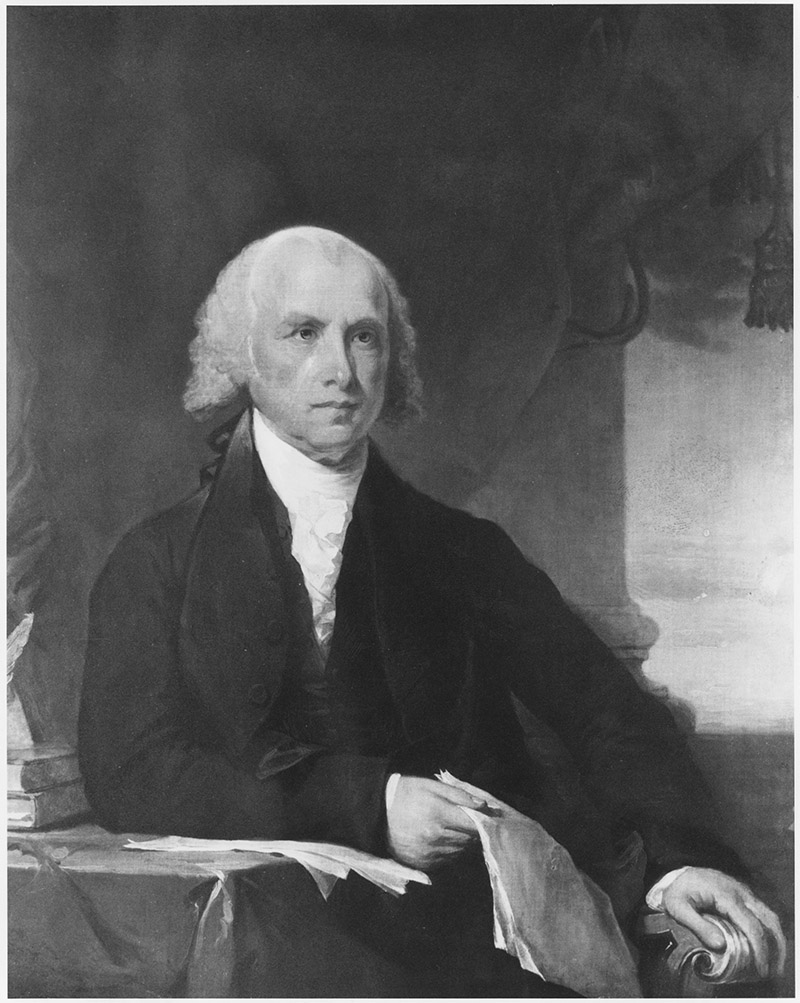 Archivist of the United States Allen Weinstein delivered a version of these remarks at the launch of the U.S. Government's 2005 "Constitutional Initiative," sponsored by the Office of Personnel Management, at the National Archives Building on July 19, 2005.

As we reflect on the Constitution, do Americans still realize what an extraordinary achievement this was, beginning with the 52-word Preamble to the document on which our country's liberties are still based?

We, the people of the United States, in order to form a more perfect union, establish justice, insure domestic tranquility, provide for the common defense, promote the general welfare, and secure the blessings of liberty to ourselves and our posterity, do ordain and establish this Constitution for the United States of America.

In observing Constitution Day at the National Archives throughout September, we bear witness to these same constitutional guarantees, which balance the rights of citizenship and its obligations in the American republic: "If men were angels," James Madison reminded us in Federalist 51, "no government would be necessary. . . . In framing a government which is to be administered by men over men, the great difficulty lies in this; you must first enable the government to control the governed; and in the next place oblige it to control itself."

The constraints of which Madison wrote, some upon government and others on individuals, assure our fundamental liberties. Such constraints were as hard to devise in a sweltering Philadelphia meeting hall in 1787 as they are to preserve in our own time. Bickering and confusion prolonged the work of the Convention. Some zealots at the Convention would have abandoned its work rather than compromise the political powers of their own states whether large or small.

Our country exists today only because, in 1787, the struggle for power and position—in the end—was subordinated to the more urgent need for agreement and unity. An aging Benjamin Franklin pleaded with each of his colleagues in Philadelphia to join "with me, on this occasion [to] doubt a little of [your] own infallibility—and . . . put [your] name to this instrument."

Franklin knew that the Constitution did not herald the establishment of a perfect society but rather the pursuit of a "more perfect union." Thus, it was fitting for the Founders then and for us today to speak not only of the depth of our national pride but, when relevant, of our doubts. "My country right or wrong," of course, but—in Carl Schurz's sensible formulation—when she is right, support her; when she is wrong, correct her.

Nor could we expect that those denied their basic rights under the new Constitution when promulgated—and for the longest time thereafter—would celebrate this country's virtues without complaint. Consider, for example, the great abolitionist Frederick Douglass's 1852 stirringly ambivalent Fourth of July oration:

This Fourth of July is yours, not mine [Douglass told his largely white audience]. You may rejoice, I must mourn. To drag a man in fetters into the grand illuminated temple of liberty, and call upon him to join you in joyous anthems, were inhuman mockery and sacrilegious irony. . . . [Notwithstanding,] I do not despair of this country. There are forces in operation which must inevitably work the downfall of slavery. . . . I, therefore, leave off where I began, with hope. While drawing encouragement from "the Declaration of Independence," the great principles it contains, and the genius of American Institutions, my spirit is also cheered by the obvious tendencies of the age.

For much of American history, women in fetters similarly and justifiably complained about their lack of constitutional and legal protections, witness suffrage leader Susan B. Anthony's Fourth of July speech at Philadelphia's Independence Hall on the Declaration's 1876 centennial: "The history of our country the past hundred years has been a series of assumptions and usurpations of power over women. . . . [Thus,] we ask that all the civil and political rights that belong to citizens of the United States be guaranteed to us and our daughters forever."

Americans speak best on occasions of national celebration when honoring any of our three great Charters of Freedom by displaying a blunt candor that combines pride and outrage in appropriate proportion. Thus do we recognize the state of our collective national anxieties as well as our patriotic self-assurance, our flaws along with our achievements.

Nonetheless, our full confidence in our Constitution comes through when we display it and explain it to visiting citizens of other nations—and to leaders of other nations when they are our guests as part of our new Distinguished Foreign Visitors Program. This initiative began this year with the visits of Vaclav Havel, former president of the Czech Republic, and Ibrahim al-Jaafari, the prime minister of Iraq, who is overseeing the writing of his nation's constitution.

Let me close on a personal note. I think especially at this moment of a single individual, a person who stood before 250,000 of us at the Lincoln Memorial 42 years ago this summer and who strengthened for all time—through his words—the shared civic faith of all Americans in our Founding document:

I have a dream [the late Reverend Martin Luther King preached that day] that one day this nation will rise up and live out the true meaning of its creed: "We hold these truths to be self-evident; that all men are created equal". . . . This will be the day when all of God's children will be able to sing with new meaning, "My country 'tis of thee, sweet land of liberty, of thee I sing. Land where my fathers died, land of the pilgrims' pride, from every mountainside, let freedom ring!"

Even more personally, in what other country could the son of immigrants speak to you as Archivist of his nation? As the late jurist Felix Frankfurter wrote, "one who belongs to [arguably] the most persecuted minority in history is not likely to be insensible to the freedoms guaranteed by our Constitution."

Where, then, does it end? Where does the "great experiment" in self-government begun at Philadelphia in 1776 and carried forward at the Constitutional Convention in 1787 finally come to rest? Not in our time, certainly, when genuine democracies have never been more numerous or expanding in number more rapidly.

Nor need we in the United States be overly concerned about the future relevance of the U.S. Constitution if, in addition to keeping our powder dry, we continue the unabashed pursuit of America's untapped promise.

What remains of concern today, as it has been since the bitter debate in Philadelphia in 1787, is the need to strike a balance between contending imperatives: At that time, it was the rights of small versus large states, of North versus South, of accounting for slavery or avoiding the issue in the document, of inserting or delaying inclusion of a Bill of Rights.

In our own day, it is the civil rights of individuals in a time of war versus national security concerns, the extent of congressional authority versus judicial constraints, or "blue state" versus "red state" interpretations of our Founding document.

James Madison, where are you when we need you?