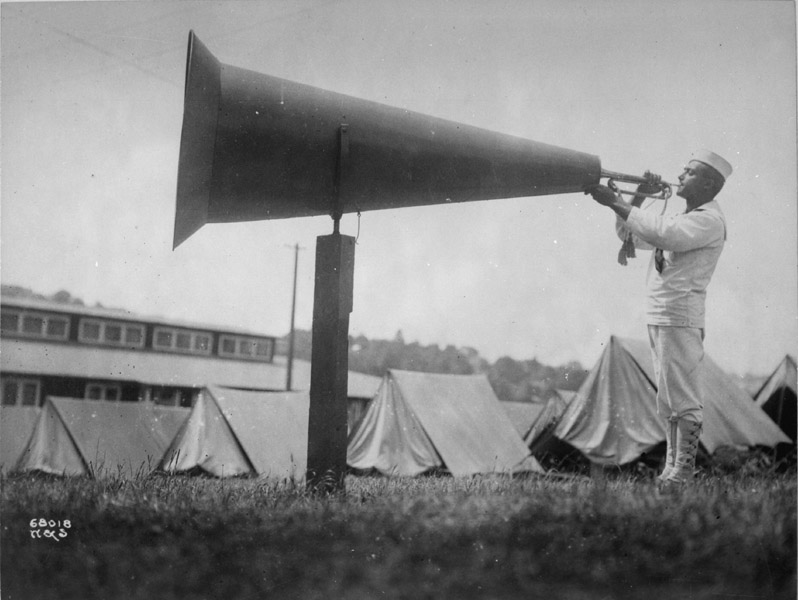 American "Doughboys" claw their way over the top of their trenches and charge into "No Man's Land."

A young Air Service lieutenant with the name of Rickenbacker twists and turns his Spad pursuit airplane in mortal aerial combat with the "Hun" at 10,000 feet.

U.S. Navy warships plow through high seas to protect a convoy of transports traveling slowly across the stormy Atlantic from the deadly German U-boats.

These scenes of World War I action, and thousands more like them, exist today on silent black-and-white motion picture film. Contrary to some widely held beliefs, large, heavy, wooden boxes with crude brass-encased glass lenses, metal hand cranks, and ungainly tripods were, indeed, filming the events of the Great War. In fact, millions of feet of 35mm film were exposed by all the major combatants.

Unfortunately, only a relatively small percentage of that original footage can be found in the world today. Film decay and arbitrary disposal are factors linked to its rarity. For America, these films were shot on location, as history happened, by dedicated and courageous U.S. Army Signal Corps soldier-cameramen. 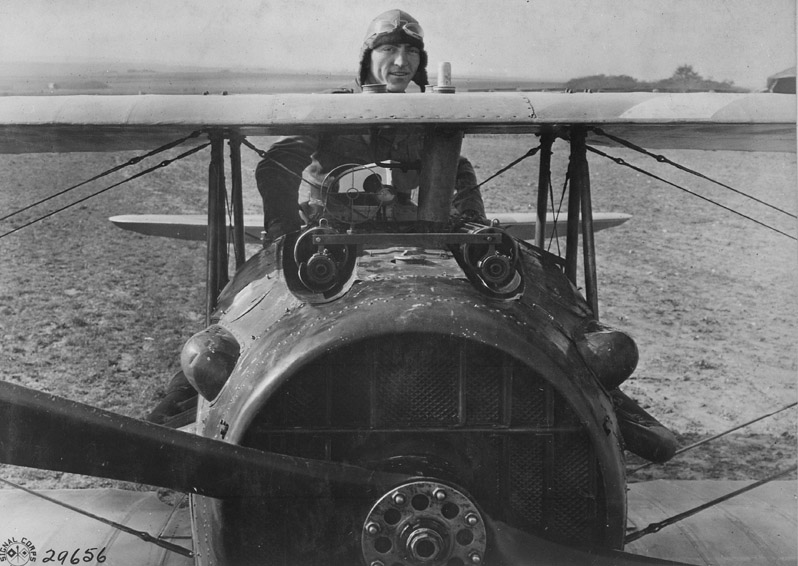 Enlarge
First Lt. Eddie Rickenbacker, in his Spad plane, near Rembercourt, France, October 18, 1918. This American Ace of Aces is featured in Activities of the 94th Aero Squadron. (111-SC-29656)

The films that found their way back with the U.S. Army, along with a few from Britain, France, Italy, Canada, and Germany, are considered official records of the U.S. Government and are preserved at the National Archives and Records Administration (NARA) as part of what is one of the world's largest film collections, with holdings of more than 360,000 reels of film. Most, but not all, of the World War I titles are cataloged as part of the Records of the Office of the Chief Signal Officer, Record Group (RG) 111, located at the National Archives at College Park, Maryland.

Ever wonder how these historic films found their way to the NARA? This is a short story about the origins and disposition of these classic war pictures and the available finding aids for those interested in the era.

Three months after the United States declared war in April 1917, the U.S. Army Signal Corps was designated as the agency responsible for obtaining photographic coverage of America's participation in the war. The stated purpose of still and motion-picture film documentation was for use in propaganda and in scientific and military reconnaissance, but it was principally for the production of a pictorial history of the conflict.

During July 1917, the Photographic Section was established within the Signal Corps to provide and control all photographic activities within the Army. In an effort to get the unit up and running as swiftly as possible, a photographic officer accompanied Gen. John J. "Black Jack" Pershing to Europe in order to study the methods and equipment of the photographic departments of the Allied armies. By the end of the month, a laboratory was secured in Paris, France, for developing and printing both motion and still pictures. This laboratory served until February 1918, when photographic operations were transferred to a larger location in Vincennes. 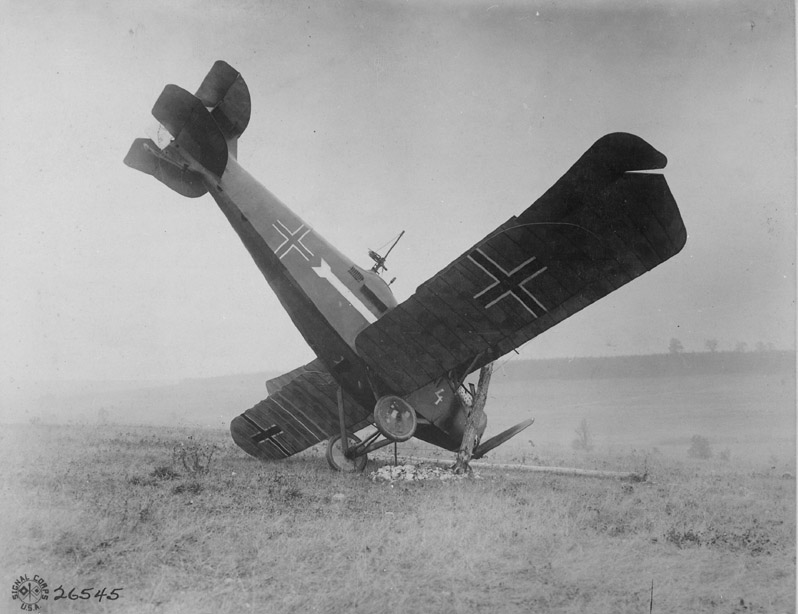 Starting with 25 men, the Photographic Section attached to the American Expeditionary Force (AEF) grew in strength to 92 officers and 498 enlisted men by the time of the Armistice in November 1918. An operational photographic unit consisted of one motion-picture cameraman and one still-picture photographer, with an appropriate number of assistants. One photographic unit was assigned to each of the American Army divisions as well as to other units attached to higher Army headquarters, special services, and public welfare organizations like the Red Cross and the Salvation Army. Overall, AEF Signal Corps cameramen shot roughly 590,000 feet of film, while motion picture units located in the United States filmed about 280,000 feet of domestic scenes.

A fairly complicated system was developed by the Photographic Section in order to ensure accurate identification of the film shot. Each cameraman was assigned a group of consecutive scene numbers. These numbers were perforated in the leader film of each scene as it was developed at the laboratory in Paris. At the same time, an index file was set up containing the scene identification number and description furnished by the cameraman. Laboratory personnel arranged the scenes supplied by the cameramen into 1,099 subjects (collectively called the AEF series) in chronological order, fully edited and captioned, and shipped them to the War Plans Division at the Army War College in Carlisle, Pennsylvania. At the War College the captions were verified, and a detailed subject index was prepared. A similar procedure was used with the footage taken in the United States, except that these films were placed into the "Miscellaneous" and "Domestic" series.

During 1936 and 1937 the AEF, Miscellaneous, and Domestic series films were culled and re-edited by the Army to combine them into a single subject basis series. The result was the "Historical" series of films with catalog numbers between H-1100 and H-1558. 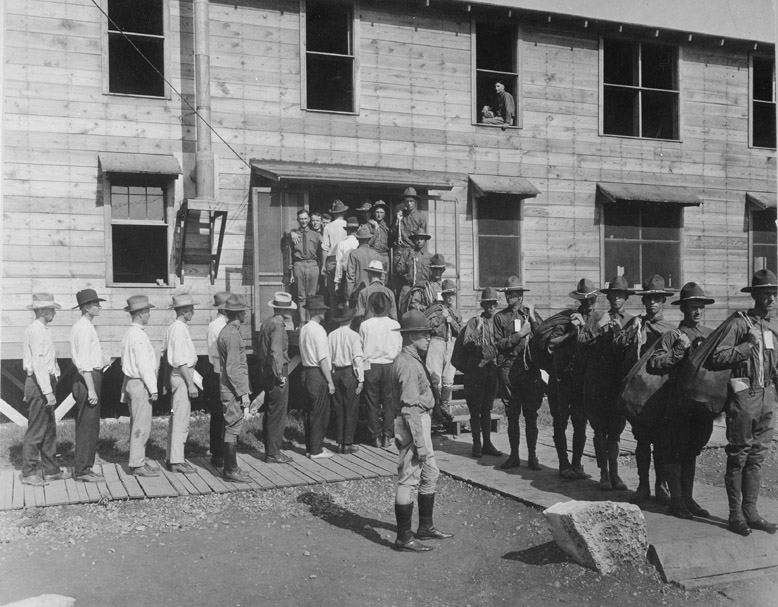 At the same time, a new series of "Miscellaneous" films was established that contained the photographic histories of the numerous AEF divisions, special films like "Flashes of Action," and other subjects that did not properly fit into the Historical series.

Soon after the National Archives was established in 1934, federal agencies were directed to deposit their archival records there. The Army complied. As a result, the newly re-edited Historical and Miscellaneous films were transferred to the motion picture holdings of the National Archives. Today, these celluloid-based moving images are divided into almost 500 titles, contained on about 1,000 large film reels, and consist of tens of thousands of individual scenes.

To facilitate the use of these films by World War I historians, researchers, documentary producers, and the general public, a landmark finding aid was compiled by a young National Archives archivist named K. Jack Bauer. His work was titled Special List Number 14: List of World War I Signal Corps Films (Record Group [RG] 111). The National Archives and Records Service, as it was known then, published it in 1957. This 68-page, 8-by-10 inch format, green-covered booklet became the principal guide for RG 111, and it has remained so for more than 50 years. It is still recommended by NARA staff for those interested in this time period and is also cited in the 2,428-page, three-volume, comprehensive Guide to Federal Records in the National Archives of the United States (1995). Since the List has been out of print for well over 45 years, copies of this publication are very difficult to find.

I became familiar with the List while doing research for my book War Wings: Films of the First Air War and found it to be an outstanding starting point for my in-depth research.

Detecting a sense of renewed interest in the World War I time period by historians, the general public, and Hollywood, it seemed appropriate to find a way to republish this superb research tool. However, as I began to work on the project, I found myself adding more and more information to the film descriptions based on the original 1920s scripts and catalog cards prepared in connection with the Army re-edit of the films during 1936 and 1937. Further onsite research at the National Archives ultimately more than doubled the numbers of pages of information and added 58 titles to the project. Published in 2007, Battlefilm: U.S. Army Signal Corps Motion Pictures of the Great War was the result. 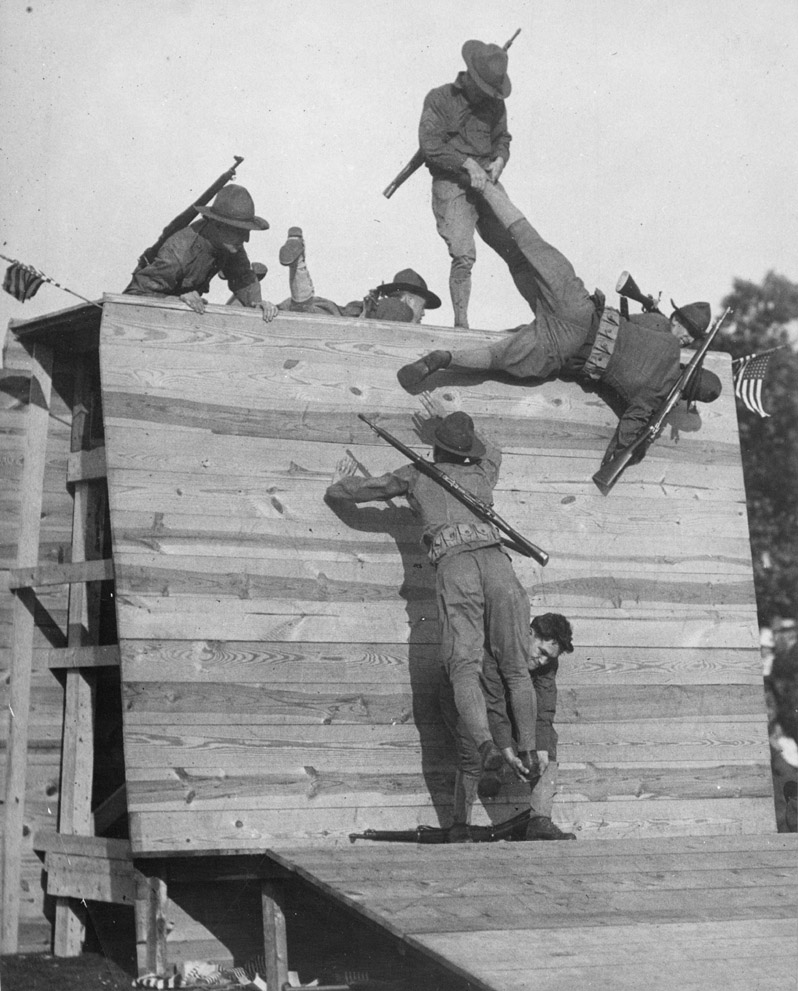 A small representative sampling of the 467 World War I titles found within RG 111 include: 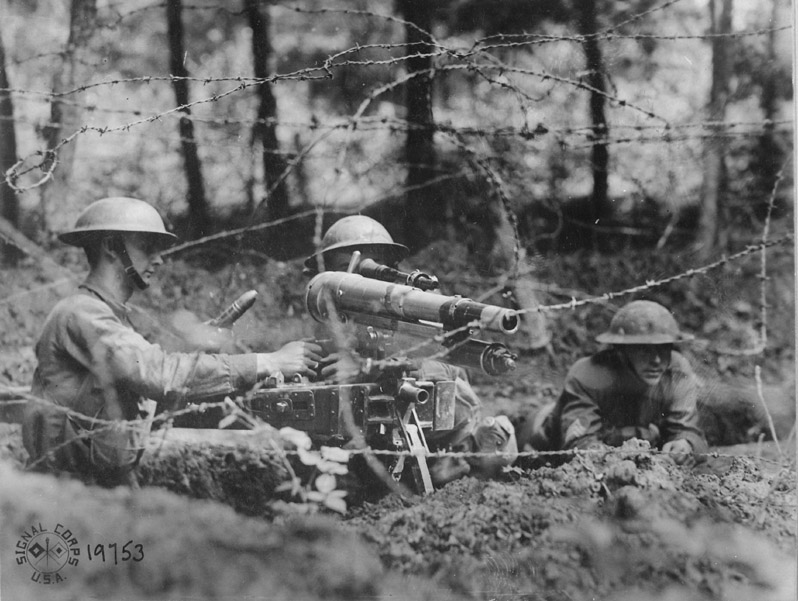 With the centennial of America's involvement in World War I less than a decade away, it is important for all of us who share more than a casual interest in history to discover and explore all available historical resources. It is also incumbent upon us, as we begin the process of retelling, rewriting, and revisualizing the First World War to generations of people with little knowledge of it, that we include the moving image element. The films located in the Records of the Office of the Chief Signal Officer document a fascinating visual story of the 20th century's first World War—on land, in the ocean, and in the air.

Have you ever seen Doughboys go over the top and charge into "No Man's Land"? How about a Spad in mortal aerial combat or a convoy of ships crossing the Atlantic in fear of U-boats? You can . . . in glorious black and white!

Phillip W. Stewart is a retired U.S. Air Force officer and has been a historical film consultant, video producer, TV producer/director, multimedia manager and occasional author for over 30 years. He is the author of Battlefilm: U.S. Army Signal Corps Motion Pictures of the Great War (2007) and War Wings: Films of the First Air War (2008).