Choosing a President: How the Electoral College Works 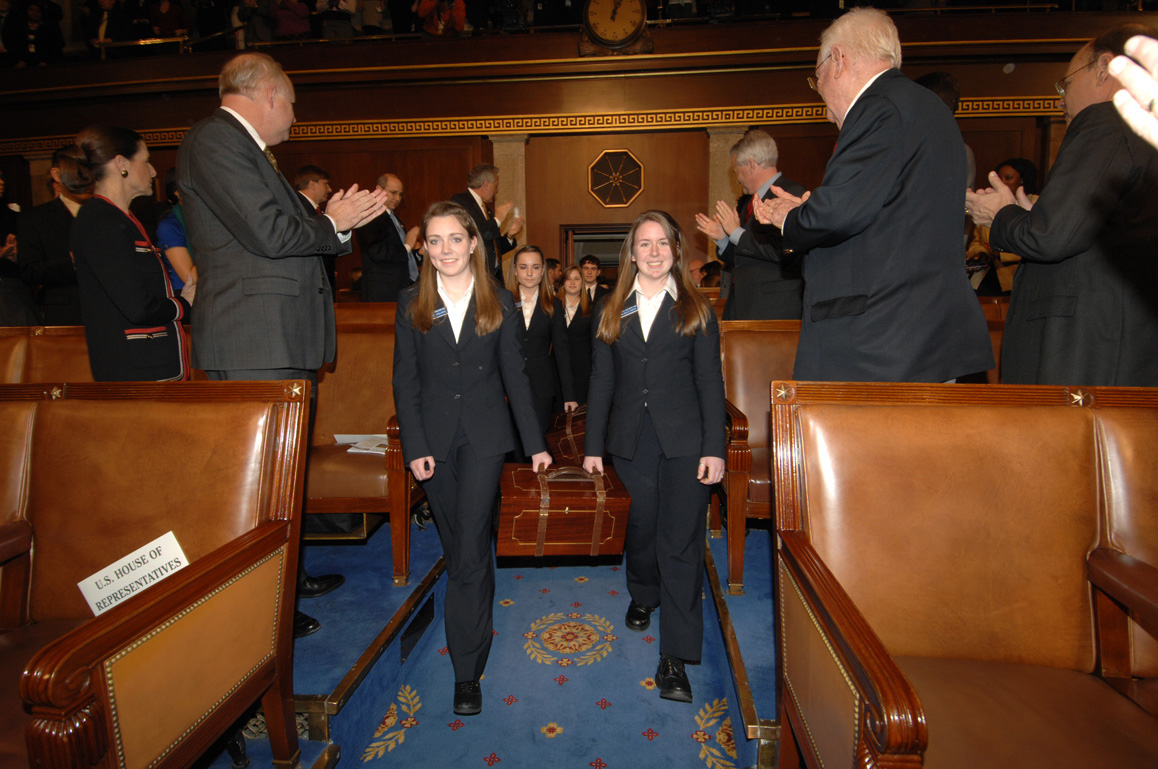 House pages bring the electoral votes from the 2008 election into the House Chamber during the joint session for counting the votes. (U.S. House of Representatives, Office of Photography)

In early November, Americans go to the polls to elect a President and a Vice President who will serve for the next four years. But the voters won't be casting their lots for Barack Obama or Mitt Romney. They will be voting for "electors," individuals pledged to vote for Obama or Romney in what has become known as the Electoral College.

Electors were created by our Founding Fathers as part of Article II of the Constitution (and amended by the 12th Amendment). The founders didn't want direct election of the President and Vice President because they felt the voters in the early days of the nation would not know enough about all the candidates to make wise decisions.

The Electoral College is administered by the Office of the Federal Register, which is part of the National Archives and Records Administration (NARA). Here's how the Electoral College works. In the fall, in each state, each party on the ballot chooses persons to be electors pledged to vote for particular candidates when the electors meet in mid-December. So when you vote for Romney or Obama, you're actually voting for electors pledged to vote for one of them during December meeting of the electors.

On the first Tuesday after the first Monday in November, voters go to the polls around the country and cast their ballots for President and Vice President. Although they might check Obama or Romney, they are actually voting for a slate of electors.

After the election, each state sends "Certificates of Ascertainment" to the Office of the Federal Register. The certificates bear the names of the electors pledged to vote for the winner of the popular vote. NARA staff review these to make sure they meet legal requirements. These individuals will cast their state's electoral votes in mid-December. 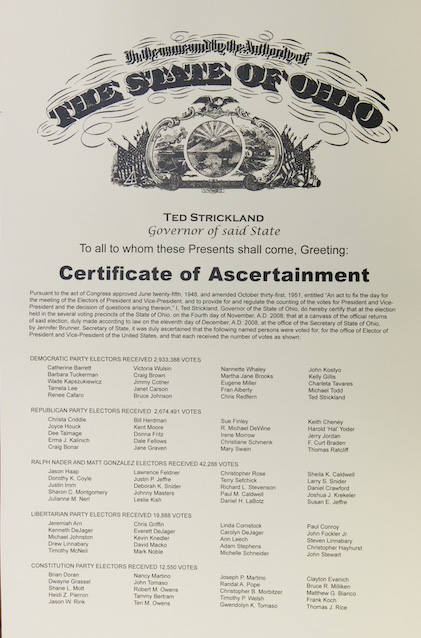 The Certificate of Ascertainment from Ohio in the 2008 election. 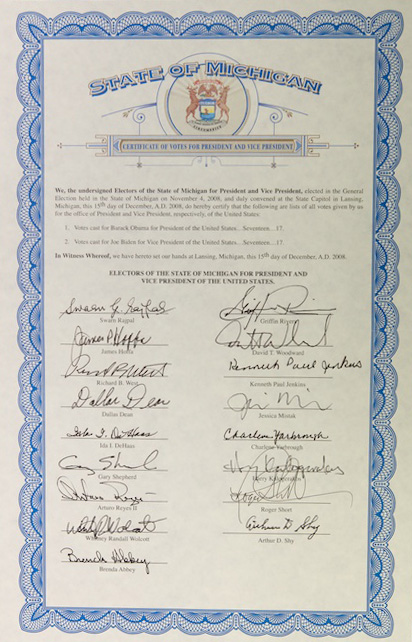 The Certificate of Vote from Michigan in the 2008 election.

In mid-December, the electors in each state gather in the state capitol and cast their votes. After casting their votes, they prepare "Certificates of Vote." These certificates, along with the Certificates of Ascertainment, are sent to the Secretary of the Senate, the Office of the Federal Register at the National Archives, and other federal and state officials. The Senate's copies remained sealed, but at the Federal Register, staff inspect them to make sure they have been completed correctly.

The Office of the Federal Register must also track down electoral votes that come in late to ensure that they are in by the time Congress meets to count the votes. On occasion, Federal Register staff have had to ask the state police to track down a governor or crawl through piles of undelivered mail to find some votes gone astray.

On January 6, the votes are officially opened and counted in a joint session of Congress in the House of Representatives with the Vice President presiding. A candidate must receive 270 of the 538 electoral votes to become President or Vice President.

If a candidate for President fails to receive 270 votes, the House itself will choose the President from among the three individuals who received the most electoral votes. In this process, each state receives one vote, and it's up to the House members from that state to decide how to cast it. The election has gone to the House twice, in 1801 and 1825.

If no one receives 270 votes and neither the House nor the Senate elect a President and Vice President, the Speaker of the House, who is next in the line of succession, becomes Acting President on January 20 until the House elects a President. 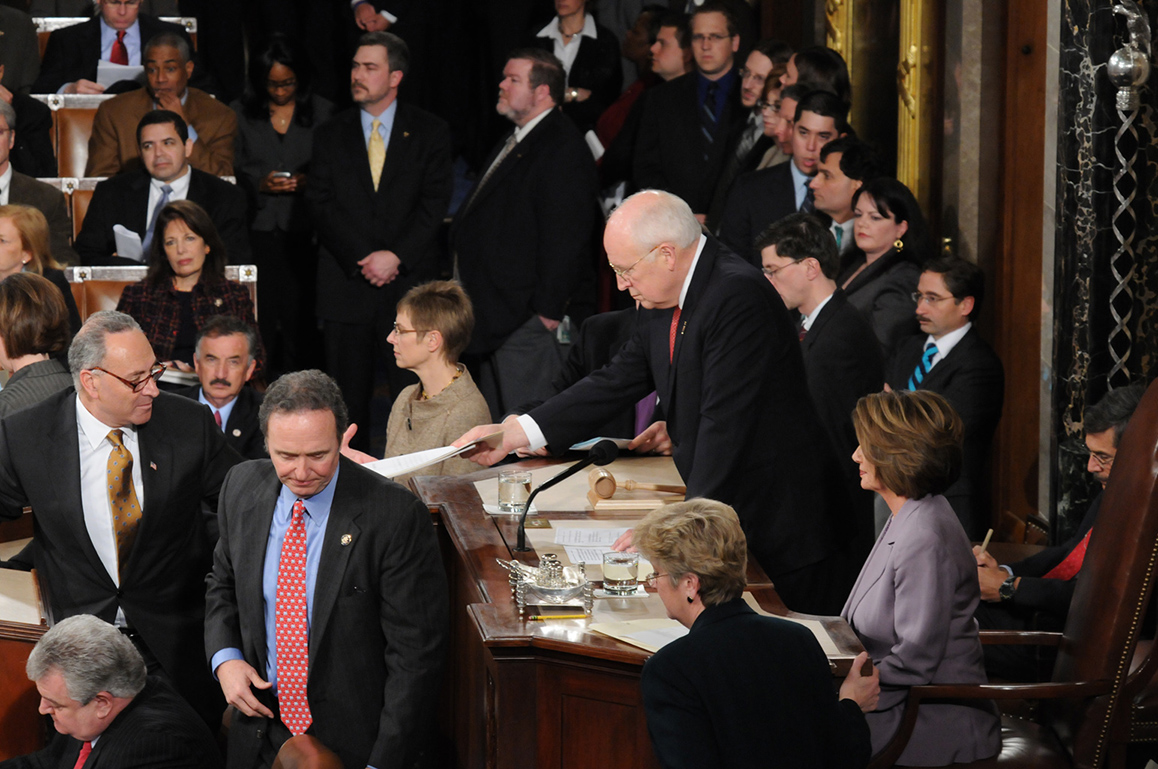 Vice President Richard Cheney hands a copy of a state s certificate to Senator Charles Schumer, in glasses, to read to the assembled Congress. (U.S. House of Representatives, Office of Photography) 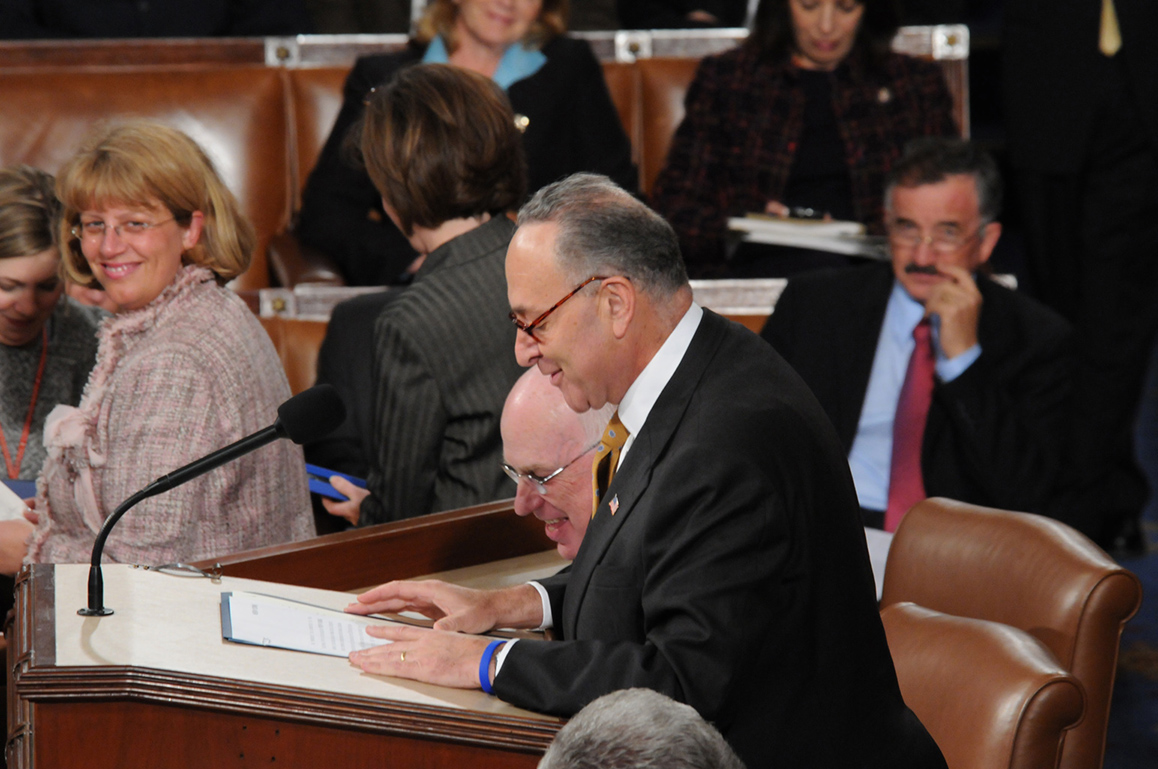