An Artist in the Rockies 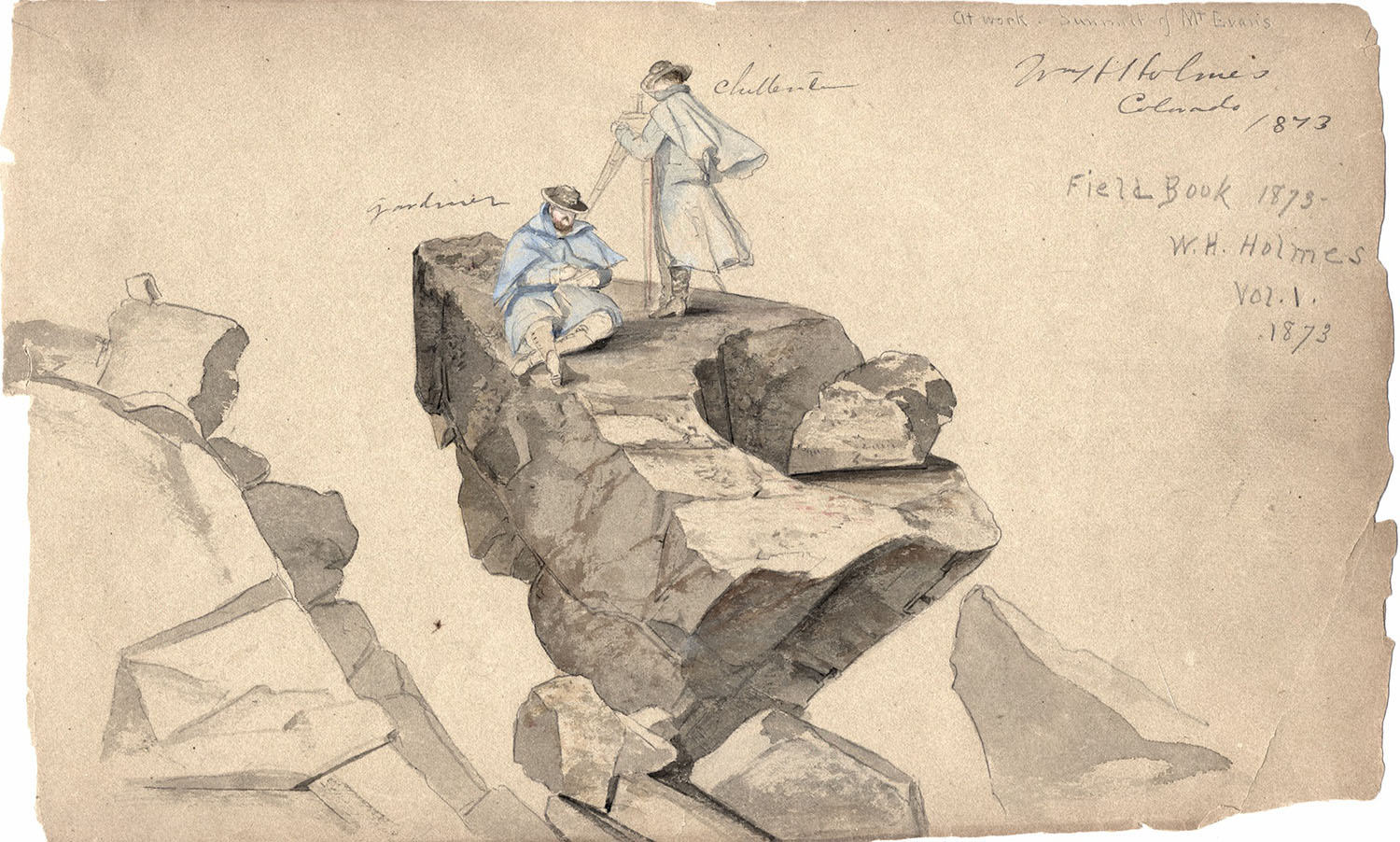 Watercolor sketch of members of the Hayden Survey in Colorado Territory, 1873. (Records of the U.S. Geological Survey, RG 57, National Archives at Denver)

In the second half of the 19th century, the U.S. Government sponsored four major expeditions to explore and map the regions west of the Mississippi River. One of these, led by Ferdinand Vandeveer Hayden, first explored the area around Yellowstone in Wyoming and later Colorado. Artists and a photographer accompanied the survey to document the scenes for those back east.

The Hayden Survey's illustrated report on its 1871 studies in Yellowstone, with photographs by William Henry Jackson and illustrations by Thomas Moran and Henry Wood Elliot, influenced Congress to establish that area as the first national park.

Artist William H. Holms joined the Hayden Survey in 1872 and continued its work in Yellowstone. Rising expenses led Hayden to switch his focus to the Colorado Territory in 1873, and that is where Holms made this watercolor. Holms sketched topographical assistant George B. Chittenden (right) and chief topographer James T. Gardner (left) as they surveyed the peaks of Mount Evans in the Rockies.