On Wednesday, January 29 at 6:00 p.m., the National Archives will host author Adrian Zink who will discuss his book Wicked Kansas. January 29 is also known as Kansas Day, a ceremonial commemoration of the anniversary of statehood. Kansas was admitted to the Union in 1861. This program will take place at the National Archives, 400 West Pershing Road, Kansas City, MO.

Kansans like to think of their state as a land of industrious, law-abiding and friendly people, and for the most part they are correct. But its history has many tales of murders, cons, extrajudicial killings and other crimes. Its restive frontier attracted menacing characters, such as a cowboy who murdered a man for snoring, the serial-killing Bender family, and the train-robbing James-Younger Gang. Although the area was eventually settled, the scandals did not cease. Learn more about how a quack doctor nearly won the governorship, a decommissioned nuclear missile silo housing the largest LSD manufacturing operation in American history, and more. Zink explores the salacious side of Kansas history in these wild stories.

Reservations are requested for this free program. Requests for ADA accommodations must be received five business days in advance. Copies of Wicked Kansas will be available for purchase and signing.

Zink is a native Kansan who has worked in the history profession for over fifteen years at a variety of museums, universities, archives, and historic sites. He is the author of Hidden History of Kansas, published in 2017. 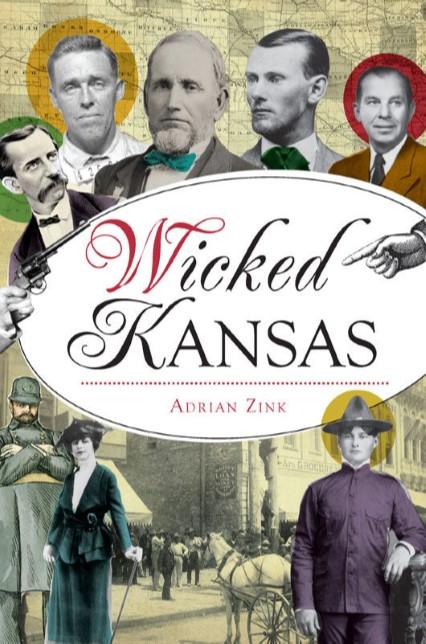