Film Screening: All the President's Men

The Presidents on the Big Screen series continues with American political thriller All the President’s Men, telling the exhilarating story of the journalists who broke the Watergate scandal. The 1976 Oscar-winning film follows young reporter Bob Woodward as he uncovers the controversy that took down Richard Nixon’s presidency.

The film will be shown at Pharaoh Cinema 4 in Independence. The screening is open to the public, and tickets cost $10. A free wine and dessert reception will precede the film at 5:30 p.m., and immediately following the film will be a brief Q&A session with Dan Lybarger and Lonita Cook of the Kansas City Film Critics Circle. 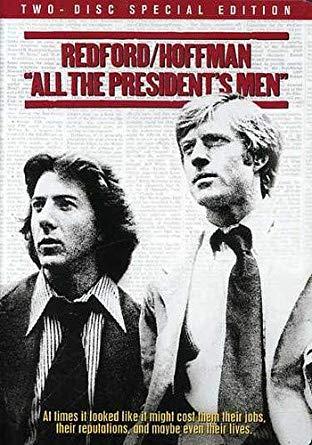