Herbert Hoover in the White House: The Ordeal of the Presidency

Herbert Hoover, the 31st President of the United States, served one term, from 1929 to 1933. Often considered placid, passive, unsympathetic, and even paralyzed by national events, Hoover faced an uphill battle in the face of the Great Depression. Many historians dismiss him as merely ineffective. But in Herbert Hoover in the White House, Charles Rappleye draws on rare and intimate sources—memoirs and diaries and thousands of documents kept by members of his cabinet and close advisers—to reveal a very different figure than the one often portrayed. A book signing follows the program. 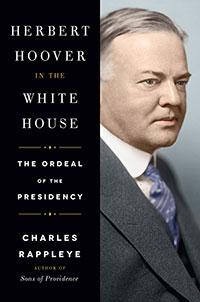