Home For The Holidays With The Trumans - Virtual Event

President Harry S. Truman was in office for eight Christmases but he only spent two of them in the White House. In 1945, Truman had planned to stay in Washington, D.C. but became so homesick he braved flying in a blizzard to be with his family on Christmas Day. Gather around the virtual hearth to hear stories of being home for the holidays with the Trumans from Doug Richardson, Chief of Interpretation and Visitor Services at the Harry S. Truman National Historic Site, including what happened when Truman appeared on the Wallace front porch on December 25, 1945. 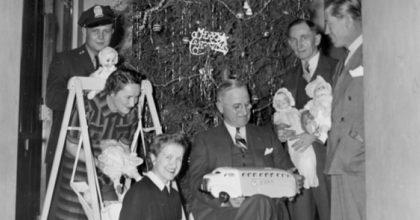