'Let my people go!' Reflections by Phillis Wheatley (1772) and a Petition for Manumission from Felix (1773)

Actors portray two enslaved people in the early 1770s—Phillis Wheatley and a man named Felix—who imagine independence for people of color. Wheatley delivers Reflections on the Appointment of William, Earl of Dartmouth (1772), and Felix reads his Petition for Manumission to Governor Hutchinson (1773). 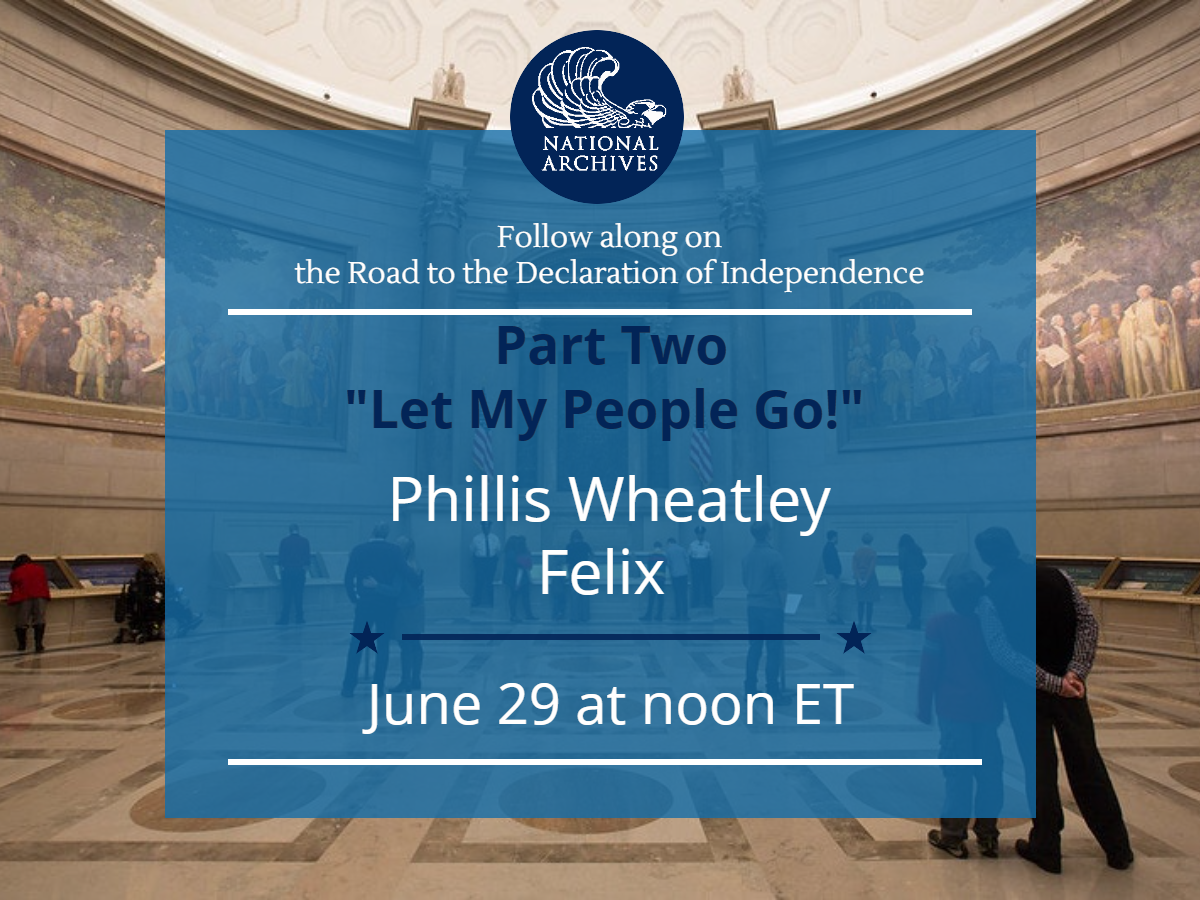