The Wedding Heard ’Round the World: America’s First Gay Marriage

On September 3, 1971, Michael McConnell and Jack Baker exchanged vows in the first legal same-sex wedding in the United States. Repercussions were immediate:  Michael’s job offer at the University of Minnesota was rescinded, leading him to wage a battle against job discrimination with the help of the Minnesota Civil Liberties Union. The couple eventually reached the U.S. Supreme Court with two precedent-setting cases. Their remarkable story is told here for the first time—a unique account of the passion and energy of the gay liberation movement in the sixties and seventies. A book signing follows the program. Presented in collaboration with Stonewall@NARA, the National Archives LGBTQ employee Affinity Group. 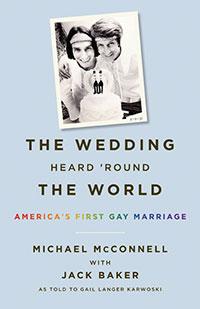