The 22nd Annual Wild About Harry celebration will feature author and news anchor Chris Wallace, along with the 2021 Legacy of Leadership honoree, Ambassador Samantha J. Power.

The host of FOX News Sunday, Chris Wallace has established himself as a battled-tested media presence, an incisive, thoughtful interviewer, and a venerable authority on presidential history and election politics. The author of the best-seller, Character: Profiles in Presidential Courage, he has won every major broadcast news award, including three Emmys, the Peabody Award and the Dupont-Columbia Silver Baton Award. His latest book, COUNTDOWN, dives into a period of time during WWII between President Roosevelt’s death and the dropping of the Atomic Bomb (June 2020). With substance, fairness and gravitas, Chris captivates with seasoned insights on current events and political affairs, including the evolving role of the media and influence of technology on the presidency, how America has changed since Harry Truman was our Commander-in-Chief.

Called “a powerful crusader for U.S foreign policy as well as human rights and democracy” by Forbes when it named her one of the “World’s 100 Most Powerful Women,” Samantha Power is recognized as a leading voice internationally for principled American engagement in the world. Power served as U.S. Ambassador to the United Nations from 2013 to 2017 and on the National Security Council as Special Assistant to the President and Senior Director for Multilateral Affairs and Human Rights from 2009 to 2013. She was the founding executive director of the Carr Center for Human Rights Policy at the Harvard Kennedy School and is currently a Professor of Practice at the Kennedy School and Harvard Law School. Earlier this year, President Biden nominated Power to lead the U.S. Agency for International Development.

This annual fundraising event has raised more than $6.5 million in proceeds that benefit the Truman Library Institute’s mission to advance the legacy of America’s 33rd President.  Tickets for the virtual event are $200.00 per person and are available for purchase at:  https://bit.ly/3soPhkE 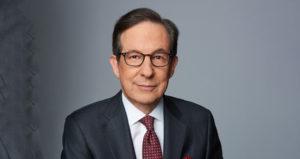