In 1876 Americans held a Centennial Exhibition in Philadelphia to celebrate the nation's birth 100 years earlier. It was the first world's fair to be held in the United States, and it announced for all to see that the nation had come of age as an industrial power. Over 8 million Americans attended, many traveling the railways that now spanned the continent. Of all the exhibition buildings, Machinery Hall drew the most admiration and wonder. Its displays were powered by the world's largest steam engine. Inside, inventions by two of America's greatest inventors were on display. Alexander Graham Bell exhibited the first telephone, and Thomas Alva Edison presented the automatic telegraph, one of more than 1,000 inventions he would patent in his lifetime. Together their inventions changed American life in ways that still affect us today.

Alexander Graham Bell (1847-1922) was born in Scotland and moved to Boston in 1872 to open a school for teachers of the deaf. He became a U.S. citizen in 1882. His early experiments included ways to improve and use telegraphy. The telegraph conveyed messages through a system of electrical sounds that, when decoded, could be translated into words. It was dependent on skilled technicians and never became a home appliance. Rather, it required you to go to a telegraph office to send or receive a message, or perhaps a messenger did this for you. Bell sought something revolutionary: to transmit not only the sound of the human voice, but audible words. With the telephone, Bell wrote in 1878, "It is possible to connect every man's house, office or factory with a central station, so as to give him direct communication with his neighbors."

Thomas Edison (1847-1931) was born in Ohio and grew up in Michigan. His formal education lasted at most four years, in part because his teachers complained that he asked too many questions. By age 12 he was a newsboy and candy seller on the railways. Working as a telegraph operator gave him some of his early lessons in the uses of electricity. Among Edison's many patents were ones for totally new inventions as well as those that dramatically improved the inventions of others. These included patents for the electric motor, motion picture projector, storage battery, Dictaphone, duplicating machine, typewriter, and phonograph ( his most original). But his most far-reaching achievement was his patent for improving the incandescent lightbulb.

Before the invention of the electric lightbulb, homes were lit by candle, kerosene-oil lamp, or gaslight. All flickered, were fire hazards, and emitted smoke and heat. Other inventors of the day were experimenting with a glass globe that, if emptied of air, could contain a light that would not burn out. But no one could find a suitable filament, or wire. The filament creates light when an electric current passes through it, but it must neither burn out quickly nor melt. Edison solved this problem by using carbonized cotton.

The Growth of the Corporation

A vision such as Bell's could not become a reality without enormous sources of capital (money) to mass-produce telephones, lay cables, and establish switchboards. Likewise the incandescent light was of little use until houses could be linked by electric wires to powerful generators.

Until the Industrial Revolution, a shop owner did not need to raise great sums of money to invest in expensive machinery. He probably made his goods by hand and sold them directly to the customer. He therefore did not need to advertise his goods far and wide. A business was usually the responsibility of one person, a proprietor, who hired others and accepted total financial responsibility if the venture went under. Partnerships were able to raise greater capital because two or more people pooled their money. But if their partnership failed, all the partners were personally liable; any assets they owned could be seized to pay their debts.

The Civil War gave impetus to many new industries on a scale never before seen in America. What was needed was a new way to fund them. The corporation solved the problem. Corporations are legal entities chartered by state governments. To establish a corporation, money is raised from many investors. Each investor then owns shares of the company, represented by the stock certificates the corporation issues to its shareholders. If the company earns a profit, the corporation will divide its profit with its investors and pay dividends. (The greater the number of shares you own, the greater your dividend.) The value of the corporation's stock will go up. But if the corporation fails, each investor will only lose what he or she invested.

When the U.S. government granted Edison and Bell their patents, it put them at a distinct advantage over their competitors. They and they alone were given the right to profit from their inventions for a specified time period (today it is 20 years). While both men were primarily inventors, not entrepreneurs, neither wasted time before either founding companies or granting their patent rights to others for manufacture. The Edison Electric Light Company was chartered in 1878 and led eventually to what we know as the General Electric Company. With his laboratory and many assistants at Menlo Park, New Jersey, Edison pioneered the establishment of the large research centers of today. The Bell Telephone Company was founded in 1877. In 1899 American Telephone and Telegraph (AT&T) became the parent company of the Bell System.

Corporations were not without their ill effects. They further distanced management from the workers, who did not share in the companies' profits as did stockholders. Left unregulated, huge corporations often ate up their smaller competition. By 1900 Bell Telephone had situated 800,000 phones in America, far more than any competitor. Long after Bell's patent expired, it had the edge in developing long-distance services, and it monopolized them. The Interstate Commerce Act (1877) and Sherman Anti-Trust Act (1890) were passed to ensure that competition among companies could continue to thrive.

Silverberg, Robert. Light for the World: Edison and the Power Industry. Princeton, NJ: D. Van Nostrand Co., 1967. Especially good for the connection between invention and industry.

Twain, Mark. The Autobiography of Mark Twain. Edited by Charles Neider, New York: Harperperennial Library, 1959 (still in paper). See Chapter 45, which has a hilarious account of Twain's attempt to be an investor in new inventions, including the telephone.

The Sound and the Silence. An excellent two-part video about the life of Alexander Graham Bell. Available from Turner Home Entertainment #6295. 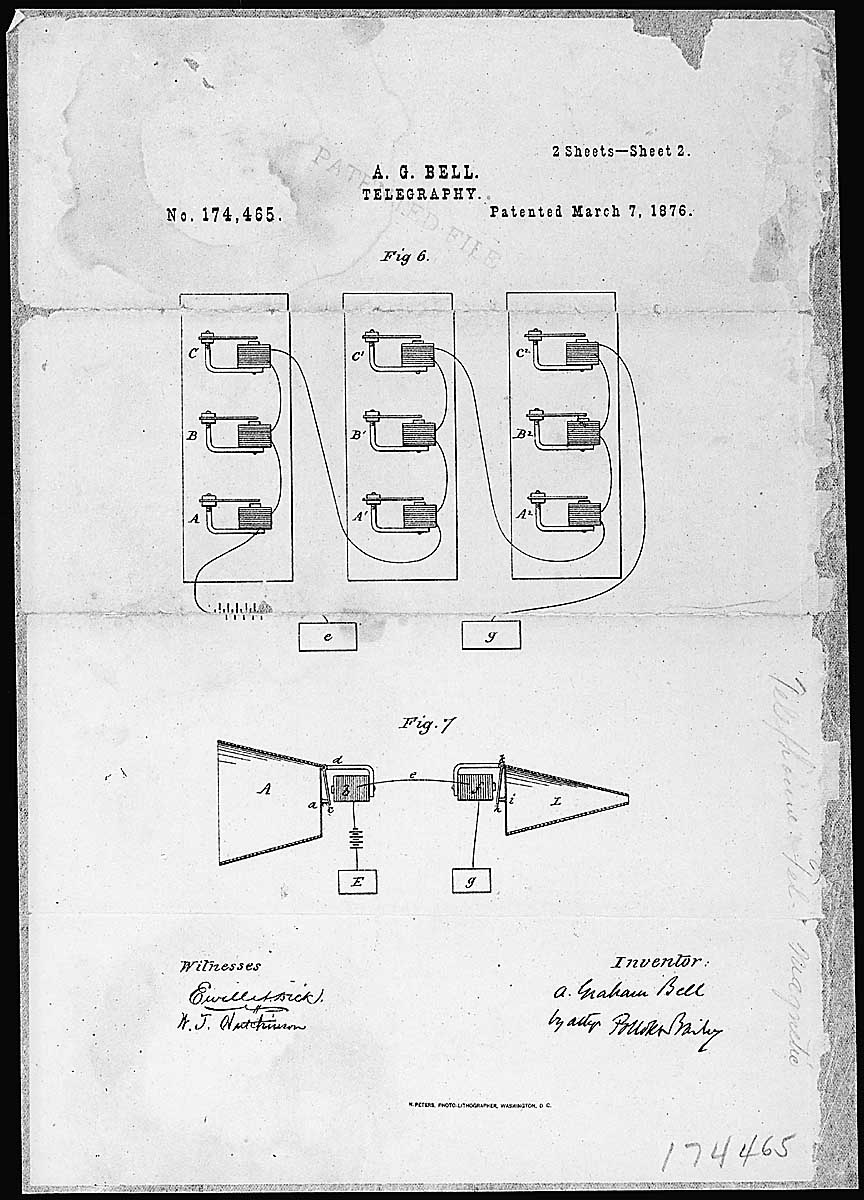 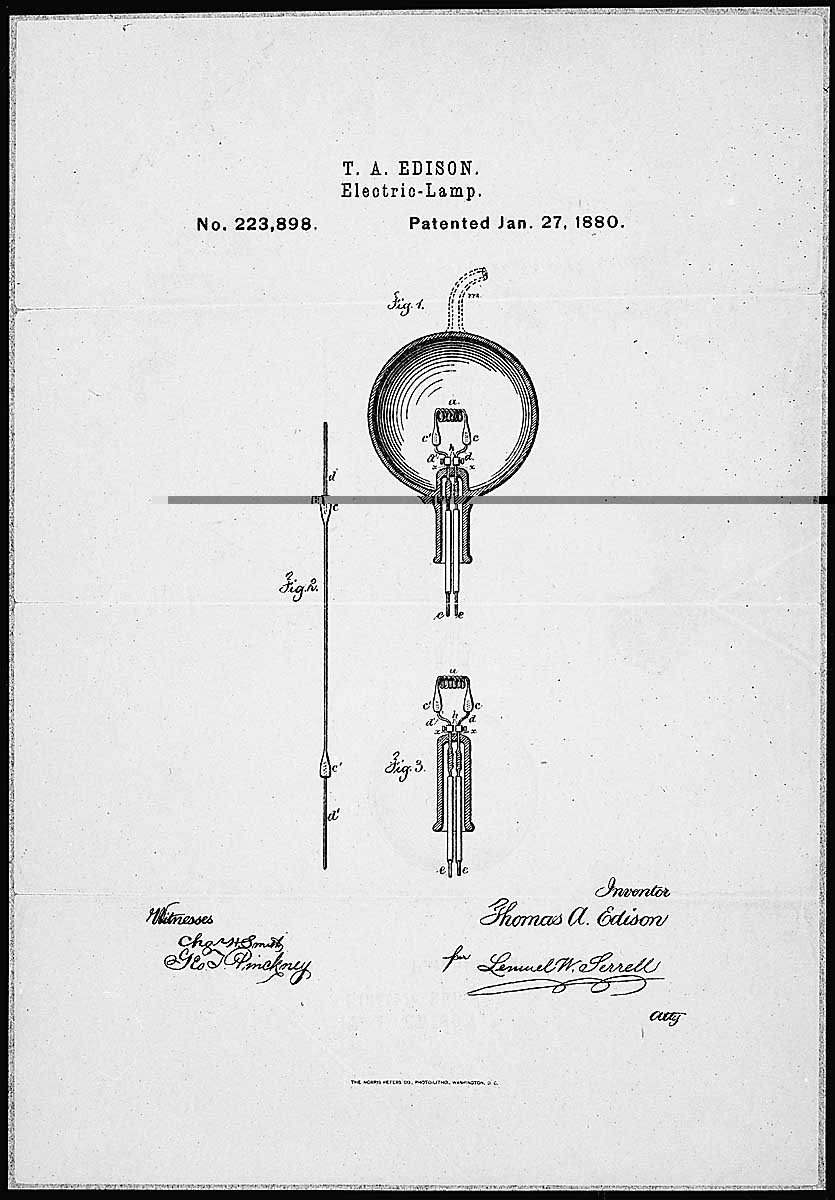 This article was written by Joan Brodsky Schur, a teacher at Village Community School, in New York, NY.