The War in Vietnam: A Story in Photographs

The war in Vietnam has been described as the first "living room war"—meaning combat was seen on TV screens and newspapers on a daily basis. Newspaper and television crews documented this war much more intensely than they did earlier conflicts. This willingness to allow documentation of the war extended to the military's own photographers—who captured thousands of images that covered every aspect of the conflict between 1962 and 1975. 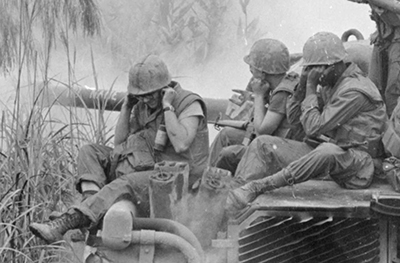 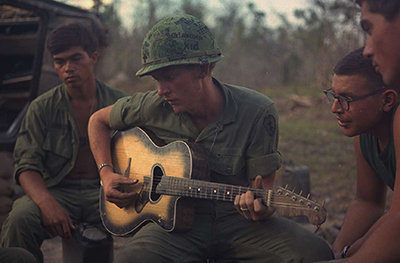 Company A Gathers Around a Guitar 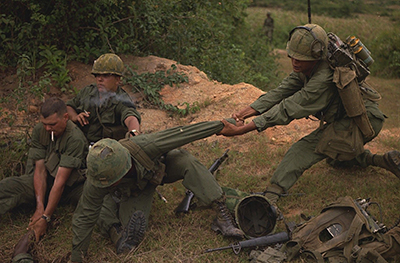 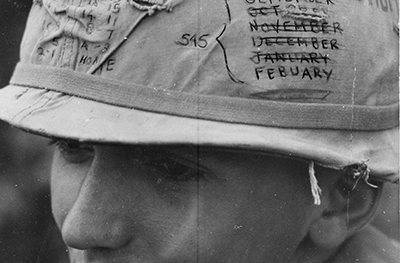 Keeping Track of Time Left on His Helmet 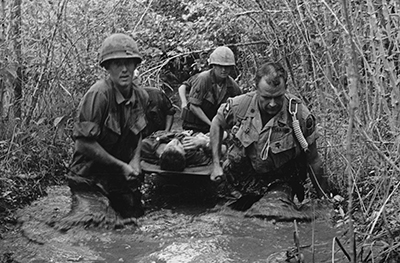 Soldiers Carry a Wounded Comrade Through a Swamp 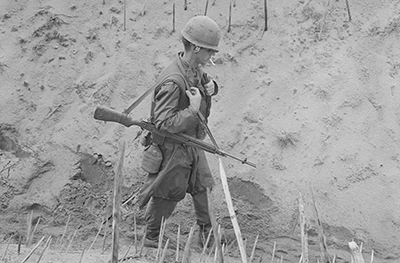 A Marine Walks Through a Punji-staked Gully 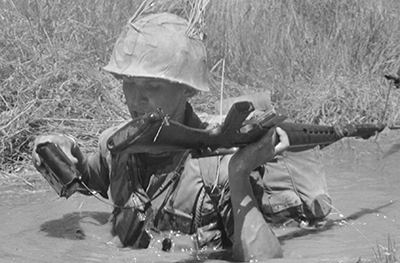 A Marine Keeps a Battery Pack Dry Through Mud 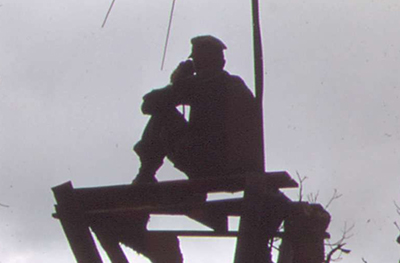 A Marine Stands Watch in an Observation Tower 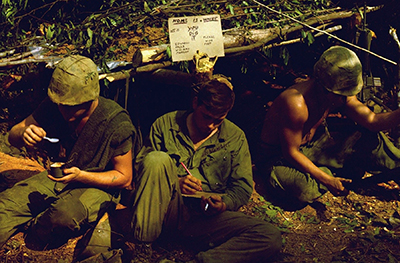 Home is Where You Dig It Navy Seal Team One Moves Down the Bassac River 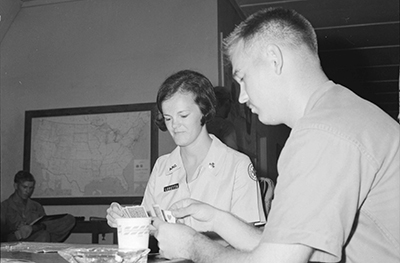 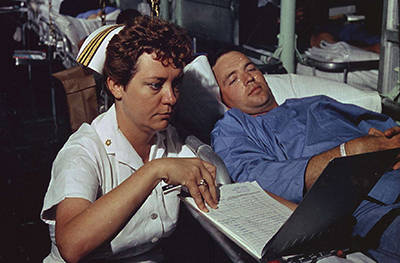 Aboard the Hospital Ship USS Repose off South Vietnam 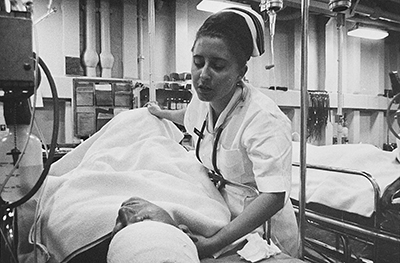 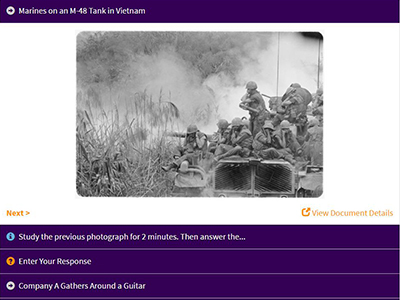 The War in Vietnam - A Story in Photographs asks students to analyze the photographs from the Vietnam War shown above. After analysis, students will categorize the photos by topic and write captions in preparation for a photography exhibit about the war that "tells the story of the young men and women who fulfilled their duty to their country by serving in the war in Vietnam." 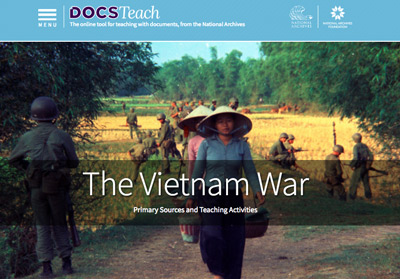