Commemorating the 30th Anniversary of the Apollo 11 Moon Landing 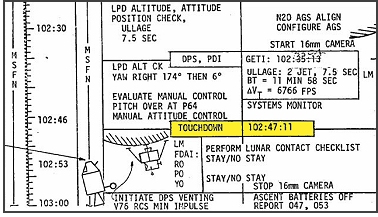 The flight plan for Apollo 11 was a minute-by-minute time line of activities for the mission crew--Neil Armstrong, Mike Collins, and Edwin "Buzz" Aldrin--and Mission Control in Houston. The flight was launched July 16, 1969. Touchdown on the moon took place, as scheduled, on July 20, 102 hours, 47 minutes, and 11 seconds after launch from Cape Kennedy. The astronauts spent 21 hours and 36 minutes on the moon, and returned to Earth on July 24.

The flight plan describes tasks to be done 102 to 103 hours into the flight. Immediately after landing, Armstrong and Aldrin reviewed their lunar contact checklist and reached a decision on "stay/no stay." Armstrong then reported to Houston: "The Eagle has landed."

Flight plans, officially known as "flight data files," for Apollo 8 to Apollo 17, and other records related to the Apollo program, are in the custody of NARA's Southwest Region in Fort Worth, Texas. (NARA Record Group 255) 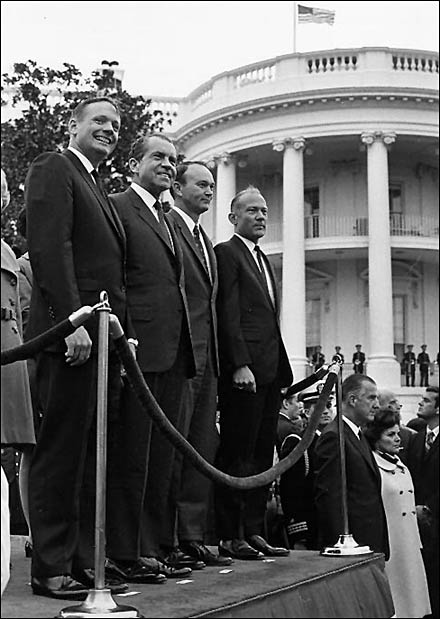