The Constitution: How Did it Happen?

Concern about the Articles of Confederation

Just a few years after the Revolutionary War, James Madison, Alexander Hamilton, and George Washington feared their young country was on the brink of collapse. America’s first constitution, the Articles of Confederation, gave the Confederation Congress the power to make rules and request funds from the states, but it had no enforcement powers, couldn’t regulate commerce, or print money. The states’ disputes over territory, war pensions, taxation, and trade threatened to tear the young country apart. Alexander Hamilton helped convince Congress to organize a Grand Convention of state delegates to work on revising the Articles of Confederation. 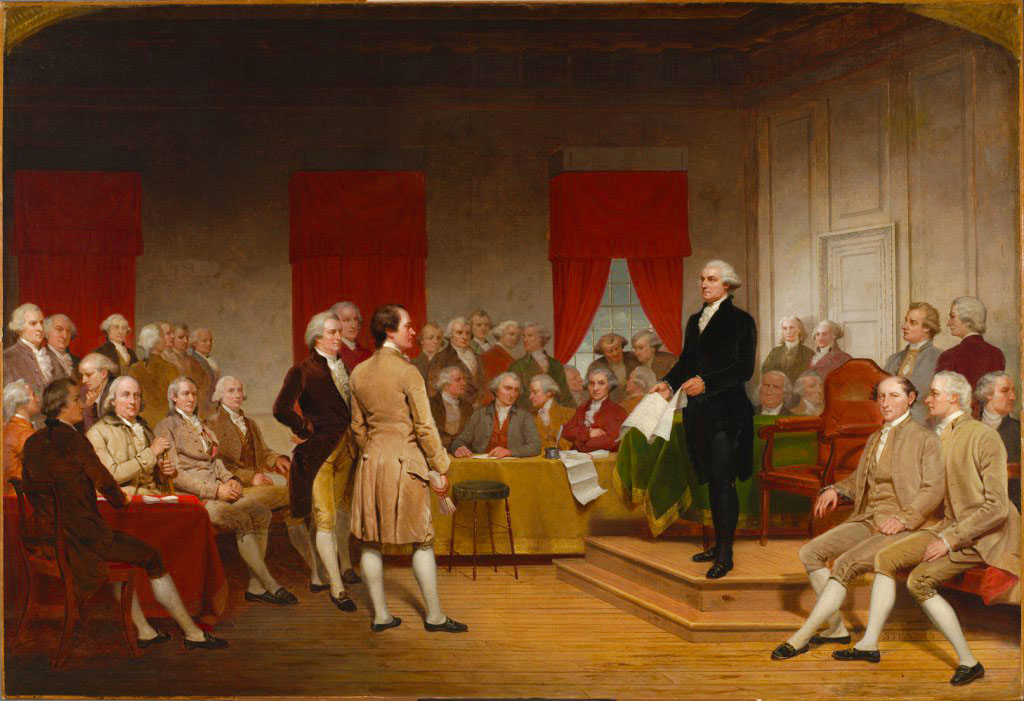 Washington as Statesman at the Constitutional Convention, 1856

Oil on canvas by Junius Brutus Steams. Courtesy of the Virginia Museum of Fine Arts

The Constitutional Convention assembled in Philadelphia in May of 1787. The delegates shuttered the windows of the State House and swore secrecy so they could speak freely. Although they had gathered to revise the Articles of Confederation, by mid-June they had decided to completely redesign the government. There was little agreement about what form it would take.

One of the fiercest arguments was over congressional representation—should it be based on population or divided equally among the states? The framers compromised by giving each state one representative for every 30,000 people in the House of Representatives and two representatives in the Senate. They agreed to count enslaved Africans as three-fifths of a person. Slavery itself was a thorny question that threatened to derail the Union. It was temporarily resolved when the delegates agreed that the slave trade could continue until 1808.

After three hot summer months of equally heated debate, the delegates appointed a Committee of Detail to put its decisions in writing. Near the end of the convention, a Committee of Style and Arrangement kneaded it into its final form, condensing 23 articles into seven in less than four days.

On September 17, 1787, 38 delegates signed the Constitution. George Reed signed for John Dickinson of Delware, who was absent, bringing the total number of signatures to 39. It was an extraordinary achievement. Tasked with revising the existing government, the delegates came up with a completely new one. Wary about centralized power and loyal to their states, they created a powerful central government. Representing wildly different interests and views, they crafted compromises. It stands today as one of the longest-lived and most emulated constitutions in the world.

The founders set the terms for ratifying the Constitution. They bypassed the state legislatures, reasoning that their members would be reluctant to give up power to a national government. Instead, they called for special ratifying conventions in each state. Ratification by 9 of the 13 states enacted the new government. But at the time, only 6 of 13 states reported a pro-Constitution majority.

The Federalists, who believed that a strong central government was necessary to face the nation’s challenges, needed to convert at least three states. The Anti-Federalists fought hard against the Constitution because it created a powerful central government that reminded them of the one they had just overthrown, and it lacked a bill of rights.

The ratification campaign was a nail-biter. The tide turned in Massachusetts, where the “vote now, amend later” compromise helped secure victory in that state and eventually in the final holdouts.

What Does it Say? How Was it Made?

Who were the framers of the Constitution?

How can I visit the Constitution?

The Constitution of the United States Transcript 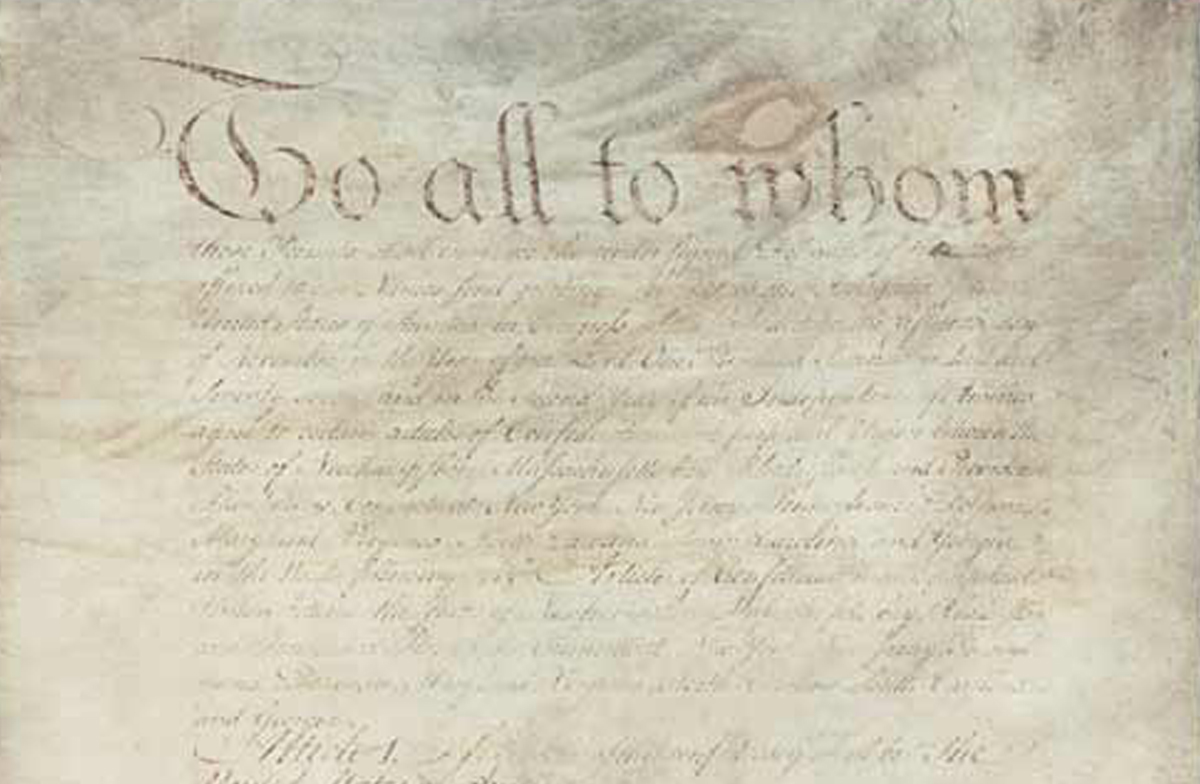 The Articles of Confederation, November 15, 1777

Shown is the first of six sheets of parchment stitched together to create a scroll 13 feet and 5 inches long. National Archives, Records of the Continental and Confederation Congresses and the Constitutional Convention 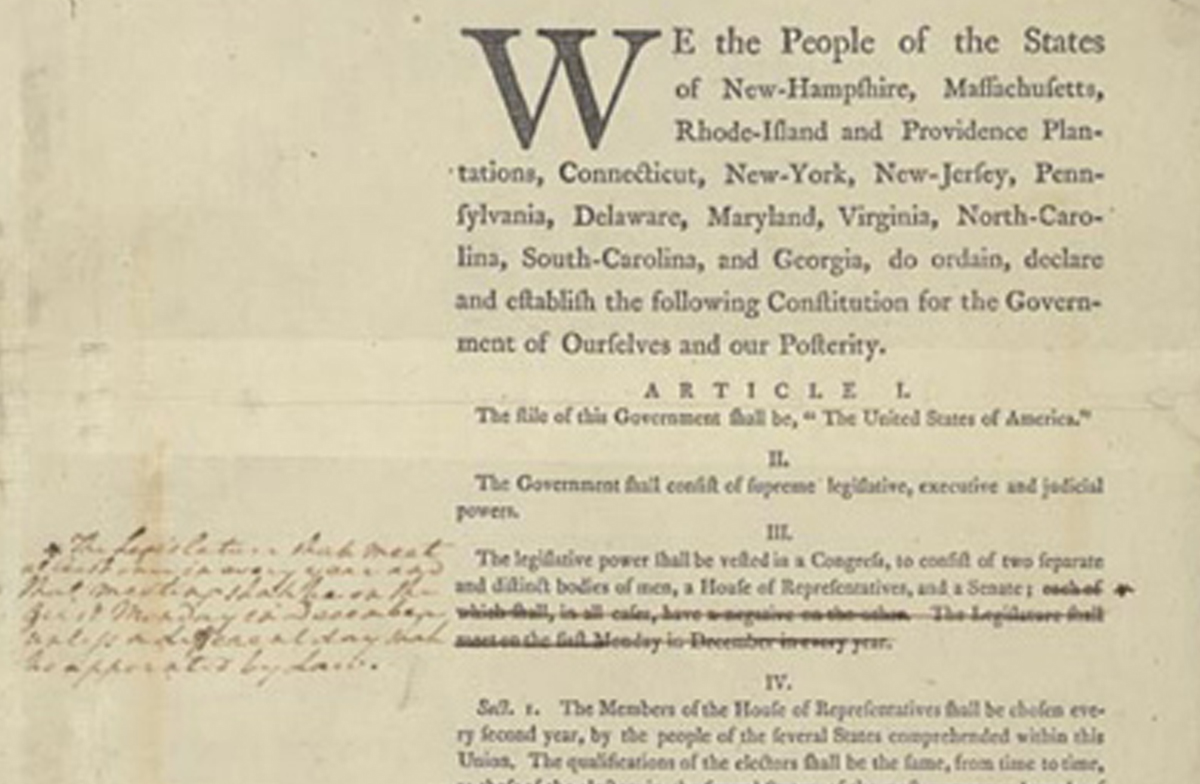 National Archives, Records of the Continental and Confederation Congresses and the Constitutional Convention 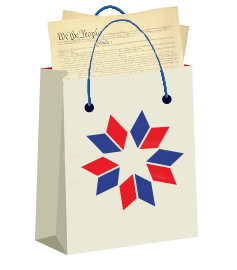