WASHINGTON, November 19, 2019 —  The past 10 years have seen rapid changes in how records are accessed and consumed. With the rise of electronic communications and digital records, the National Archives worked to be at the forefront of the digital movement with each new advance in technology, according to Archivist of the United States David S. Ferriero.

“The history of the National Archives records our longstanding commitment to the mission of preserving and providing access to the permanent records of the Federal Government,” Ferriero said in a recent blog post. 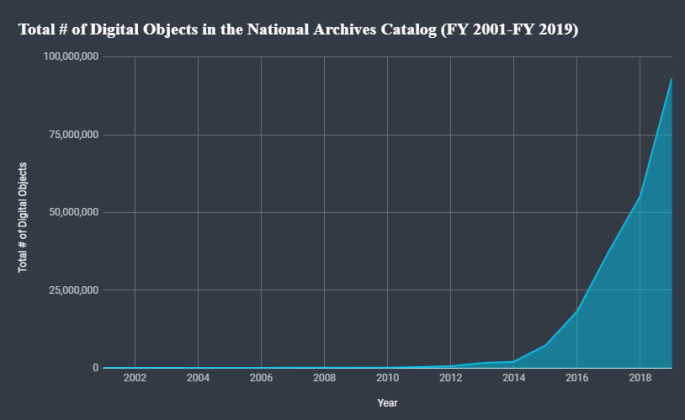 “To make digital access happen, you need digital records and we are creating them at a rate that was unthinkable just a few years ago,” Ferriero said. “Thanks to new software and hardware technologies, we are able to scan, index and provide access to digital copies of our records like never before.”

Today, the agency’s 97 million records are available on more than 25 platforms. 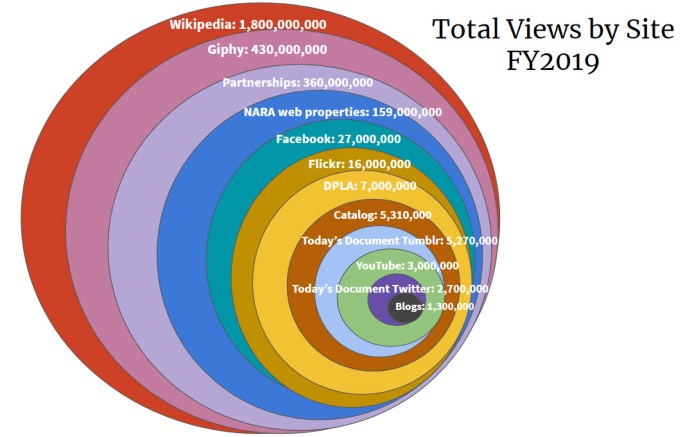 A collaboration with Wikipedia began in 2011 and has since ensured that digital copies of  records are viewed over a billion times each year. Similarly, the National Archives’ partnership with the Digital Public Library of America (DPLA) has resulted in more views of its records on their site than on its own, Ferriero noted. Through these digitization partnerships, the National Archives’ records have been viewed more than 300 million times in 2019.

Ferriero said he is proud that the agency is able to provide digital copies of records to people who may never come to a National Archives building or visit Archives.gov but will see these records on social media, blogs, and websites like DPLA and GIPHY.

“Together, our staff developed values to collaborate, innovate and learn. Our focus on those values has resulted in unprecedented digital access to our records,” Ferriero said. “What a decade it has been! Just imagine what we will accomplish in the next one.”