At its Fall meeting, the National Historical Publications and Records Commission recommended to the Archivist of the United States 53 grants totaling $4 million for projects in 31 states, the District of Columbia, and Puerto Rico.

Over $1 million in funding went for State and National Archives Partnership grants to enable two dozen state historical records advisory boards to carry out their missions of archival education, provide regrant programs to local historical repositories and archives, and continue to strengthen the nation's archival network.

Publishing Grants totaling $1.7 million were recommended for 12 publishing projects from the U.S. Colonial and Early National Period, including the papers of Founders Benjamin Franklin, George Washington, John Adams, Thomas Jefferson, and James Madison. Four new volumes of documentary editions received subvention support for print editions. A grant to the Association for Documentary Editing will support a three-year project to substantially revise the annual Institute for Editing of Historical Documents and introduce new professional development programs for the digital era.

Nearly $835,000 went to support Digitizing Historical Records and Electronic Records projects, such as the University of Illinois, Chicago project to digitize over 30,000 historic photographs of the Windy City and the New Orleans Jazz and Heritage Festival's plan to create an Electronic Records Archive. 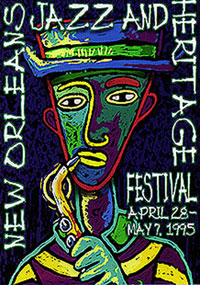 A complete list of all grants is available online

Archivist David S. Ferriero recently announced the appointment of three leading scholars to a special Founding Fathers Advisory Committee. The Presidential Historical Records Preservation Act of 2008 authorized the establishment of this committee to study and advise on the progress of five ongoing projects as they publish - in print and online - authoritative editions of Founders' writings. The five projects are the papers of Benjamin Franklin, George Washington, John Adams, Thomas Jefferson, and James Madison. A sixth Founders project--the Papers of Alexander Hamilton--has been completed but is not yet available online.

The Founding Fathers Committee will also take into account the ongoing effort between the NHPRC and The University of Virginia (UVA) Press to make freely available online the historical documents of the Founders of the United States of America. A cooperative agreement of up to $2 million will allow users to read, browse, and search tens of thousands of documents from the Founding Era. A prototype web site including the contents of 154 volumes drawn from print editions of the papers of Washington, Adams, Jefferson, and Madison will be prepared by October 2011. The fully public version will be launched by June 2012 and will also include the 27 volumes of the Papers of Alexander Hamilton. By June 2013, the Founders Online hopes to add the 39 published volumes of the Papers of Benjamin Franklin. The new resource will include the complete contents of 242 printed volumes, including all of the existing document transcriptions and the editors' explanatory notes.

The next annual Archives Leadership Institute will be held July 17-23, 2011 at the University of Wisconsin. The School of Library and Information and is now accepting applications from archives professionals. The deadline is January 21, 2011, and selections will be made by March 1.

The week-long event will feature presentations by dynamic people in the archival field -- including David Ferriero, Archivist of the United States. The goal of the project is to examine the leadership needs of the archives profession and to prepare participants to influence policy and effect change on behalf of the profession (and ultimately, on behalf the public served now and in the future.)

Produced by the university's School of Library and Information Studies (SLIS), the program is directed primarily at mid-level to senior staff and archivists who aspire to leadership roles in their organizations and/or professional associations.

SLIS will select 25 archivists to spend the week at UW - Madison's beautiful lakeshore conference center and guest house. A registration fee of $600 includes which includes tuition, instructional materials, lodging and some meals. There are a limited number of scholarships available to cover the registration fee, and to cover the costs of traveling to Madison. Regional archival organizations are also encouraged to consider sponsoring members who apply and are selected for the institute.

Applications are available through the Wisconsin School of Library and Information Studies. 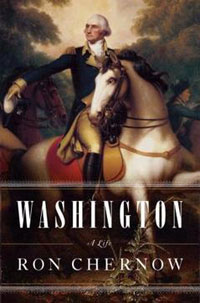 "It would have taken me a century," Ron Chernow says about his research, "without the Papers of George Washington." His new biography, George Washington: A Life, was called by The New York Review of Books, "The best, most comprehensive, and most balanced single-volume biography of Washington ever written." The New York Times says it is " Tenaciously researched. . . . This new portrait offers a fresh sense of what a groundbreaking role Washington played, not only in physically embodying his new nation's leadership but also in interpreting how its newly articulated constitutional principles would be applied . . . deeply rewarding."

A self-confessed addict of primary source materials, Chernow is also the author of Alexander Hamilton (2004). For both biographies, he leaned heavily on the NHPRC-sponsored documentary editions of these two statesmen of America's Founding Era.

"Washington was not an original thinker," Chernow said in a phone interview. "Hamilton was original as a political and governmental theorist. But Washington had the ability to latch on to the best ideas of others and activate them. One has to go through the (original) papers to see how fiery and forceful he actually was, because Washington took great care of his public persona."

Ratification of the Constitution 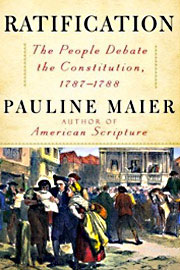 "It was like the World Series of the late 18th century," said Pauline Maier, in describing the debate happening in towns and villages across the country. "Everybody was talking about it."

The great debate of 1787-1788 was over whether the Constitution should be ratified at conventions called by the states. Pauline Maier, author of American Scripture, tells the story of that great political dispute in her new book, Ratification: The People Debate the Constitution, 1787-1788. Some Americans denounced the Constitution for threatening personal liberty, and one group of patriots even burned the document in a public demonstration on the Fourth of July. In November, Dr. Maier spoke before a large crowd at the National Archives, and she cited the Documentary History of the Ratification of the Constitution as indispensable to her work, calling the combined work of the editors, "a century of scholarship."

The NHPRC has sponsored the Documentary History of the Ratification of the Constitution since 1965. It is the best single source on the debate of "We the People" on the Constitution. 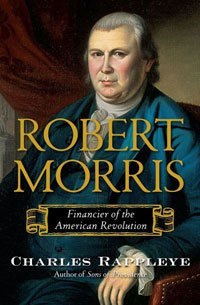 "The Derangement of our Money Affairs. The Enormity of our public Expenditures. The Confusion in all our Departments. The Languour of our general System. The complexity and consequent Inefficacy of our Operations. These are some, among the many, Reasons which have induced Congress to the Appointment of a Superintendant of Finance." -- Robert Morris, July 4, 1781 on the problems confronting him as head of the Department of Finance during the closing years of the American Revolution.

A signer of the Declaration of Independence, the Articles of Confederation, and the Constitution, a powerful committee chairman in the Continental Congress, an important figure in Pennsylvania politics, and perhaps the most prominent businessman of his day, Robert Morris is today least known of the great national leaders of the Revolutionary era. A new biography Robert Morris: Financier of the American Revolution by Charles Rappleye that has just come out from Simon and Schuster seeks to remedy the situation.

The New Yorker says that "Rappleye argues that Morris, a merchant who procured supplies for the Revolution and became its chief treasurer, has been unduly neglected in favor of more philosophical Founding Fathers, and this book provides an illuminating account of the Revolution's improvised and even dodgy finances."

In his acknowledgments in the book, Rappleye cites the NHPRC-funded The Robert Morris Papers as fundamental to his historical biography. Published in nine volumes, the edition is available through the University of Pittsburgh Press.