At its Spring meeting, the National Historical Publications and Records Commission recommended to the Archivist of the United States 88 grants of $7,038,063 for projects in 36 states, Puerto Rico and the District of Columbia. Ranging from a Native American archives on the Kodiak archipelago in Alaska to the Norman Rockwell Museum in Stockbridge, Massachusetts, these grants represent the breadth of historical records preservation and access across the United States.

Grants totaling $3.5 million were recommended for 38 archival projects. Twenty-five went to basic projects, including a project to process records of the territorial era in Idaho; the papers of S.J. Perelman, the screenwriter for the Marx Brothers, at Brown University; the records of the American Field Service, the volunteer ambulance corps that served in both World Wars; and many others. Thirteen detailed processing projects support the records of the American Civil Liberty Union at Princeton University; salvaging the records of Baltimore from 1729 to the present; and the American Heritage Center's collections relating to the Great Depression. Grants totaling $2.8 million were recommended for 24 documentary editing projects-from the Dolley Madison Digital Edition to the Papers of Ulysses S. Grant.

Three grants were recommended for Professional Development projects and one Strategies and Tools project to support an open-source crowd-sourcing tool at George Mason University that will allow researchers to contribute online transcriptions and annotations to the Papers of the War Department. Fifteen State and National Archival Partnership grants will go to help state archives and historical records advisory boards carry out statewide initiatives, including several regrant projects to small and mid-sized archives. A complete list of all grants is available online. 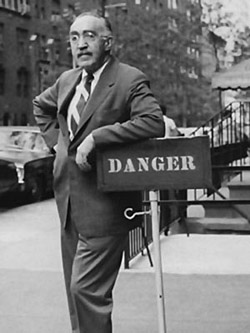 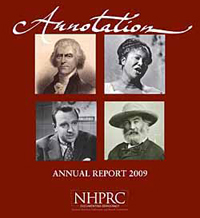 Annotation, the FY 2009 Annual Report of the NHPRC, is hot off the press. With a list of all projects supported in the past fiscal year and highlights of our programs, Annotation replaces the long-running newsletter of the Commission.

To request a copy, send an e-mail to Keith Donohue, Communications Director, at keith.donohue@nara.gov.

Executive Director Kathleen Williams will be attending the American Association of University Presses annual conference in Salt Lake City in June, and Deputy Executive Director Lucy Barber will be speaking at the second Archival Education and Research Institute at the University of Michigan on June 22. This year the annual Institute for the Editing of Historical Documents and the Archives Leadership Institute will be held simultaneously at the University of Wisconsin the week of July 19. Tim Connelly will be attending the Editing Institute and Lucy Barber the Archives Leadership Institute. Finally, we invite attendees to look for NHPRC staff members at the upcoming joint meeting of the Council of State Archivists and the Society of American Archivists in Washington, DC, August 10-15. We will be in the conference exhibition hall, and we encourage you to stop by to discuss your project ideas and proposals in-the-works.

We also say goodbye and best wishes to David Davis, Grants Program Specialist, who was often the first person applicants spoke with at the NHPRC. He helped many people navigate Grants.gov and referred them to appropriate program officers. We extend to him our best wishes as he joins the private sector.

On June 9, 2010, the House Subcommittee on Information Policy, Census, and National Archives will hold a hearing on the reauthorization of the NHPRC. The proposed bill authorizes the Commission to receive appropriations over the next five fiscal years. Archivist of the United States David Ferriero, Executive Director Kathleen Williams, and others will testify.T he hearing will take place at 2:00 p.m. in room 2154 Rayburn House Office Building. 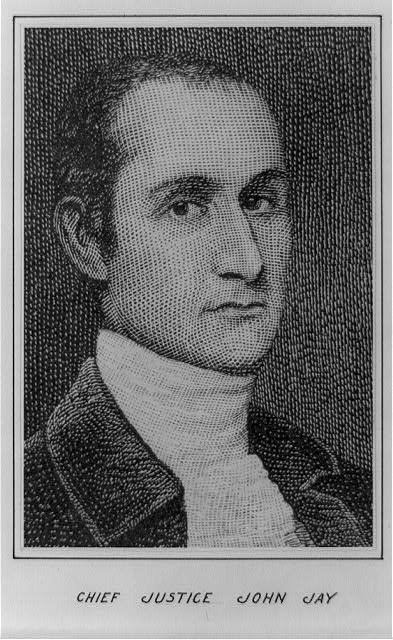 Although he is not as well known as some of the other "Founding Fathers" of America, few leaders of the new republic had more influence than John Jay (1745-1829). Fewer still can match his accomplishments and contributions in all three branches of government, at both state and national levels. A leading representative of New York in the Continental Congress, Jay became one of the American commissioners who negotiated peace with Great Britain in the 1783 Treaty of Paris, securing independence for the former colonies. Serving the new republic he was Secretary for Foreign Affairs under the Articles of Confederation, a contributor to the Federalist Papers, the first Chief Justice of the United States, negotiator of the 1794 "Jay Treaty" with Great Britain, and a two-term governor of the state of New York.

While Jay's peers recognized his profound influence as a statesman, most scholars of the American Revolution and early republic have depicted him as a man in the background. The Selected Papers of John Jay publication project is part of a larger campaign at Columbia to bring greater attention to Jay's many accomplishments. The Selected Papers of John Jay is a multivolume scholarly edition of Jay's papers currently being produced by a team of scholars at Columbia University for publication by the University of Virginia Press. The edition will consist of seven volumes of a wide-ranging selection of the most significant and interesting public and private documents and letters, written or received by Jay, annotated and interspersed with commentary as needed.

The first volume was published in May, 2010. The Selected Papers of John Jay, 1760-1779 begins with Jay's education and training as a socially elite, Anglican, King's College-educated lawyer. Although this type of life ordinarily led to Loyalism, it brought Jay-and such friends as Robert R. Livingston, Gouverneur Morris, and Alexander Hamilton-into the front ranks of New York's moderate revolutionary leaders. Jay's marriage to Sarah (Sally) Van Brugh Livington in 1774 tied him to the influential Patriot family headed by William Livingston, and added to his crew of witty, articulate, and politically astute correspondents. Jay soon found himself a leader of New York's revolutionary committees and a delegate to the Continental Congress, where he sought reconciliation with Great Britain but promoted war preparedness, and applied his much-admired writing skills to drafting major congressional reports and addresses. With his state facing invasion, he returned to New York to help organize the new state government and to combat "plots, conspiracies, and chimeras dire" as a member of committees dealing with loyalty and security issues. He then helped to organize Hudson River defense and to draft the state constitution of 1777, and late in 1778 returned to Congress, where he supported New York's claims to the breakaway territory of Vermont and served as president until he was appointed the country's first minister to Spain in September 1779. The volume closes with John and Sally Jay's eventful voyage to Europe, with a brief layover at Martinique after their ship was dismasted and rendered virtually rudderless.

The edition is designed to revise and complete work begun in the late 1950s by Richard B. Morris, an eminent Jay scholar and Columbia University professor, who supplemented the major collection of original Jay Papers at Columbia with copies of Jay documents secured from archives throughout the world. Morris and his staff published two volumes covering the era of the American Revolution but work on a projected two additional volumes stopped with Morris's untimely death. The new project, administered by the Rare Books and Manuscript Room of Columbia University Libraries, began in November 2004 supported by a grant by the National Historical Publications and Records Commission.

The Papers of John Jay web site (http://www.columbia.edu/cu/lweb/digital/jay/), which was launched in 2003, provides access to images of more than 20,000 pages of Jay and Jay-related documents, and is available to the public online. 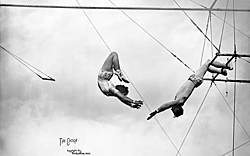 When the circus came to town in the early 20th century, it was a grand event. Large circus companies were like mobile cities, requiring an enormous staff to install and break down operations every few days. At their peak, circus companies toured more than 150 cities and towns each year, playing to more than two million people over a seven month season.

At the Ringling Museum in Sarasota, Florida, a new exhibit has opened called HEYDAY: Photographs of Frederick W. Glasier offers a glimpse into the most dynamic period of the American circus through the rarely seen photographs of Frederick W. Glasier (1866-1950), who served as the official photographer for the Barnum & Bailey Circus on-and-off for three decades. Glasier's unrestricted access to both grand performances and backstage life allowed him to explore the public and private personalities of some of the greatest entertainers of the era.

Drawn from the collections of the John and Mable Ringling Museum of Art, the exhibition features more than 60 photographs and approximately a dozen lithographic posters that depict the circus coming to town, performances of spectacular feats, and the behind-the-scenes life of circus members.

Efforts to conserve and protect the collection began in 1990, when a grant from the National Historical Publications and Records Commission established an archive for the museum. Additional support from the National Endowment for the Humanities and a more recent grant from the Frank E. Duckwall Foundation, enabled the museum to restore the pieces and also to digitize them. The exhibition runs through September 17, 2010.

One of the newer ways of tracking an archival processing project is through blogs by project archivists that highlight findings. Two recent NHPRC-sponsored projects have called our attention to their ongoing efforts: 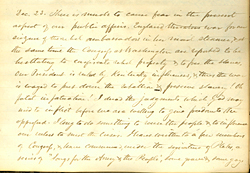 An NHPRC grant to the Connecticut Historical Society is helping the archives process a backlog of collections. Hidden among the unprocessed collections were the diaries of Rev. William Weston Patton (1821-1889), a Congregationalist minister and fervent abolitionist. Best known perhaps for his lyrics to the song "John Brown's Body," Patton was even more ardent in his private diaries. On December 23, 1861, he wrote:

Our President is ruled by Kentucky influences, & there the war is waged to put down the rebellion & preserve slavery! Oh fatal infatuation! I dread the judgments which God may need to inflict before we are willing to give freedom to the oppressed.

Pastor of churches in Boston, Hartford, and Chicago, Patton also edited the newspaper, The Advance, lectured at Oberlin and Chicago, and served as President of Howard University in Washington, DC from 1877 to his death on New Year's Eve in 1889. 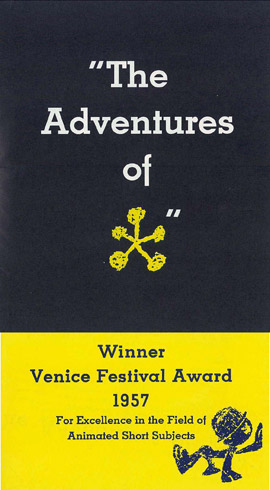 Enlarge
Brochure from The Adventures of an * (1957) a film with John Hubley of Storyboard Studios and museum director James Johnson Sweeney, which received the Venice Film Festival Award for Excellence in the Field of Animated Short Subjects.

Archivists at the Guggenheim Museum run a weekly "Findings" blog, including a T.S. Eliot letter, postcards from artists, and the brochure from "The Adventures of an *" (1957) a film with John Hubley of Storyboard Studios and museum director James Johnson Sweeney, which received the Venice Film Festival Award for Excellence in the Field of Animated Short Subjects.

Findings can be found on the Solomon R. Guggenheim Museum the First Fifty Years website.

We are sure there are others. Drop us a line and we will feature them here and our Facebook page at www.facebook.com/nhprc. Don't forget to "like" our page and receive a daily story on an exemplary project.