During the Congressional debate over the debt ceiling, it became clear that the Congress is seeking substantial cuts at Federal agencies, and on June 23, the House Appropriations Committee approved the FY 2012 Financial Services and General Government spending bill, which would cut the NHPRC budget to just $1 million for the upcoming fiscal year. Companion to this, the Senate Appropriations Committee marked up the Fiscal Year 2012 Financial Services and General Government bill on September 15. It includes $5 million for the NHPRC, which matches the Administration's request. Final resolution of the differences in the two bills is expected at some point this fall.

Interning at the NHPRC

Rachael Altman, a graduate student in Library Science at Syracuse University, spent the summer as an intern with the NHPRC. We're pleased to share her summary of her work here.

The internship with NHPRC, by way of the Washington Center Competitive Government Internship Program, provided groundings in the application of digital approaches to preservation, as well as management and interpretation of resources. The internship fits into the Library and Information Science Program, as well as the Certificate of Advanced Study in Cultural Heritage Preservation because I worked on a digital preservation project. Digitization, especially for purposes of access and preservation, is of great interest to me. By working on both NHPRC projects, I had the opportunity to digitally preserve, and provide digital access to, the NHPRC grants information, as well as the opportunity to make the transcriptions of the papers from the Founding Era digitally accessible to the public. 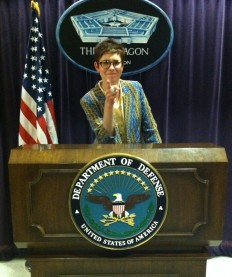 I created a database of all grants awarded by NHPRC from 1964-1996, drawing from paper records, data on the website, and staff input. I created the records, analyzed the content and sorted it into major programmatic categories, added descriptions to provide greater detail to individual records, and worked with the NHPRC staff to ensure the quality and accuracy of the records. This dataset will be incorporated into NHPRC's existing Grants Management System, and for the first time in decades NHPRC will have a complete record of all of its awards. NHPRC will build a search engine for these records, which will allow users to research and interact with approximately 5,000 grants from the 47-year history of NHPRC.

The other project was DocsTeach, which is an educational resource that brings together more than 3,000 primary sources spanning centuries of American History. Users can register free of charge to browse or search DocsTeach for photographs, speeches, letters, video clips, maps, etc. dating from 1754 to the present day. I specifically worked with locating documents from the Founding Era. While the primary sources exist on the DocsTeach site at http://docsteach.org/, my job was to locate transcripts for the original documents.

I also volunteered in the Black Studies Department at the Martin Luther King, Jr. Memorial Library. This opportunity allow me to combine my love of literature with my passion for providing access to information. I am locating copyright information and creating pathfinders for a donated collection of 160 African American films from the 1920s, 1930s and 1940s. The film collection will serve as an educational tool for people in the Washington, D.C. community, as well as students, researchers, and community members around the country. 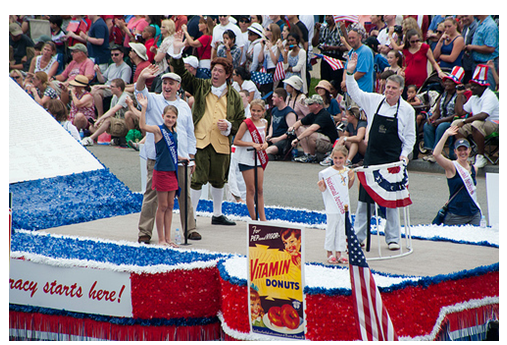 I had numerous entertaining and interesting experiences: I walked along the NARA float in the Fourth of July Parade; lunch with Blane Dessy, executive director of the Federal Library and Information Center Committee (FLICC) and the Federal Library and Information Network (FEDLINK) at the Library of Congress; received a private tour of the Department of Justice building on Pennsylvania Avenue and met with DOJ Librarians; met with a staff member from Jesse Jackson Jr's office; and went to the Smithsonian Folklife Festival. I received a tour of the US Green Building Council and listened to Senator Chuck Hagel and Former House Speaker Dennis Hastert speak on the political climate in Washington.

The Senator John Heinz History Center's Library and Archives has received a two-year grant to describe and provide access to more than 600 archival collections. These collections, which contain material dating from the late 1700s until the present day, document western Pennsylvania's businesses and industries, vibrant ethnic communities and arts organizations, religious groups, civic entities, and political life. The grant will allow the History Center to hire a full-time project archivist to work on the project. 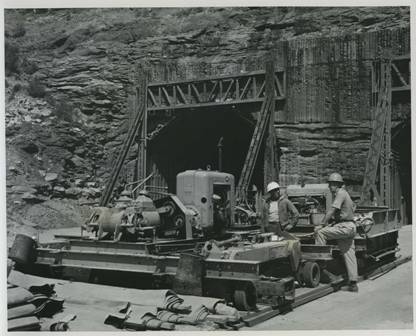 As is the case with many archives, a portion of the Heinz History Center's archives are not adequately cataloged and, therefore, not used to their fullest potential by researchers. The project will make accessible collections including those of African American playwright and educator Walter Worthington, the MacBeth-Evans Co. glass company, the Duquesne Steel Works, and Pulitzer Prize-winning journalist Ray Sprigle. A long-time investigative journalist for the Pittsburgh Post-Gazette, Sprigle went undercover to expose conditions in mental hospitals, coal mines, the meat industry, and most famously, posing as an African American in the South for one month in 1948. 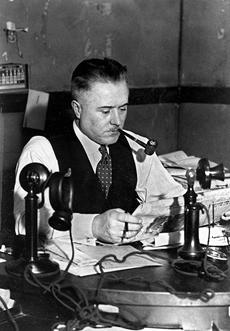 The collections of the library and archives include approximately 700,000 photographic prints and negatives, 40,000 books and printed materials, and 4,500 archival collections. The institution collects and provides access to materials documenting the history and culture of western Pennsylvania.

The Historical Society is part of Historic Pittsburgh a comprehensive collection of local resources that supports personal and scholarly research of the western Pennsylvania area. This Web site enables access to historic material held by the University of Pittsburgh's University Library System, the Library & Archives at the Heinz History Center, Carnegie Museum of Art, Chatham University Archives, Oakmont Carnegie Library, Pittsburgh History & Landmarks Foundation, and Point Park University Archives. The project represents a model of cooperation between libraries, museums and institutions of higher learning in providing centralized access to selections of their respective historic materials. 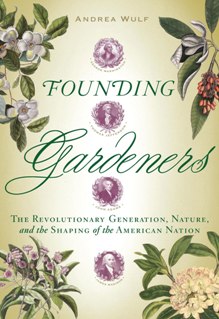 Founding Gardeners: The Revolutionary Generation, Nature, and the Shaping of the American Nation by Andrea Wulf, Knopf 2011.

Two days after signing an order for the evacuation of New York City as the British army threatened bombardment, George Washington sat down on August 19 and wrote a long letter to his estate manager at Mount Vernon. After describing the prospects for invasion, Washington then provides detailed instructions for managing the gardens of his estate, insisting that the trees-Crab apple, Poplar, Dogwood, Sasafras, Laurel, and Willow-be American natives, gathered from the nearby forests or taking from cuttings, "twigs" which may be got from "Philadelphia". Throughout the war and afterwards as President, he stayed in constant touch with his estate managers, always at heart, a gentleman farmer.

In her new book, Founding Gardeners: The Revolutionary Generation, Nature, and the Shaping of the American Nation, Andrea Wulf points out the relationship between how America's founders--Washington, Jefferson, and Madison--ran their own farms and how agriculture laid the foundation for American democracy.

In addition to her stories about the Virginians, Wulf points out how Benjamin Franklin sent seeds home to his wife in Philadelphia and encouraged her to distribute them in Philadelphia, believing that agricultural self-sufficiency was vital to American independence. And how Adams and Jefferson spent their leisure time in Europe touring private gardens and brought back ideas that influenced the design of not only the White House but the capital city as well.

Perhaps most interesting of all, she relates how the delegates from the Constitutional Convention toured the gardens of Philadelphia farmer and botanist John Bartram. Deadlocked over the question of proportional representation, they were astounded by the trees and shrubs that Bartram had collected from all 13 colonies, "their branches intertwined," and afterwards, three delegates changed their votes on the question. Drawing on the written record of the papers of the Founding Fathers, all supported by the NHPRC, Andrea Wulf has created a picture of the young Republic grown through the ideas of a band of small landowners, whose values are reflected in the gardens they tended.

In 2005, Duke University Libraries created the first Resource of Outdoor Advertising Descriptions (ROAD) database, an NEH grant-funded project to provide access to Duke's vast collection of outdoor advertising material. But the original ROAD database did not include images, only descriptive information.

The images for ROAD 2.0 were digitized with the assistance of a grant from the National Historical Publications and Records Commission. Most of them come from the papers of the Outdoor Advertising Association of America, the primary professional organization for the modern outdoor advertising industry since 1891. 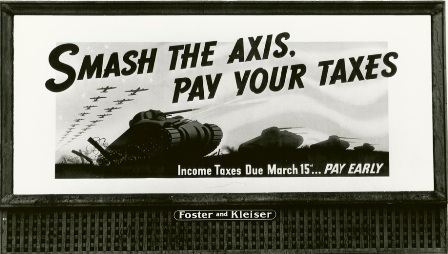 Now more than 27,000 images of billboards and other outdoor advertisements have been digitized and made available online by Duke's Special Collections Library. The images, most of them taken between the 1930s and 1980s, include not only billboards but also wall paintings, electric &spectaculars& (such as the neon signs New York's Times Square), bus shelters, taxi displays, and behind-the-scenes shots of outdoor ads under construction and sign painters at work. 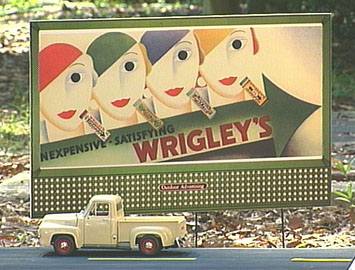