MEET NHPRC STAFF ON THE ROAD 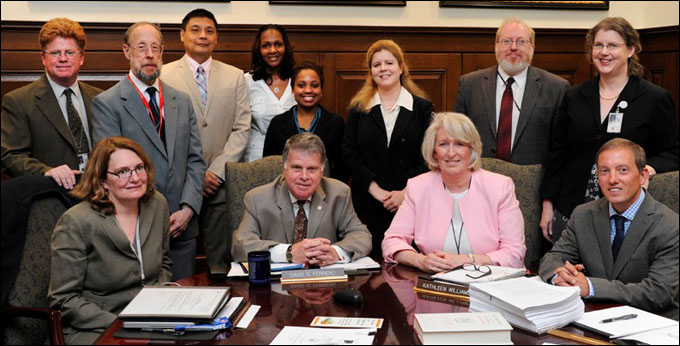 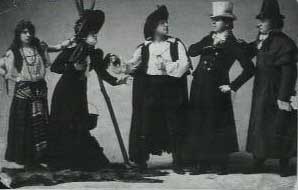 A group of players from A Romance of Athlone, which opened June 4, 1905, at the Grand Opera House, Seattle. Courtesy Sayre Collection

Seattle drama critic and show business promoter, James Willis Sayre (1877-1963) collected over 24,500 photographs from over eight decades of American film, theater, and performing arts. Sayre's connection with Seattle theater began in 1891 when he found a job folding programs at the Seattle Opera House. In 1899 Sayre joined the organization of John Cort, a renowned theater producer, and opened the first theatrical advertising agency in Seattle. Between 1899 and the mid-1930s, Sayre was the publicist for almost every theater in Seattle including the Grand Opera House, the Seattle Theater, the Lyceum, and the Palm Garden.

The images collected by Sayre during this time depict theatrical and vaudeville performers, as well as musicians and motion picture scenes that played in Seattle between 1900 and 1955 (some of the materials date back to the 1870s). Of particular interest to researchers are those photographs taken between the 1890s and the late 1910s, when Seattle had a prominent place in the development of vaudeville. A characteristic of vaudeville was that the acts played exactly the same material in performance after performance from city to city. 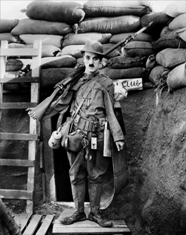 As a result, the Sayre photographs represent an historical record of cultural trends in America. Vaudeville photographs also illustrate the cultural and ethnic diversity of the acts themselves. African Americans, Chinese Americans, Mexican Americans, and Native Americans all were featured prominently in vaudeville shows but were often relegated to the stereotypical roles of shoeshine boys, minstrels, and Indian chiefs. The Sayre collection includes not only thousands of publicity photographs from prominent New York photographers, but also hundreds taken by notable ones from Chicago, St. Louis, Seattle, Portland, and San Francisco.

A Digitizing Historical Records grant to the University of Washington's Allen Library, Special Collections and Archives, will make this collection more widely accessible. Using metadata generated by an earlier initiative, which piloted a now-outdated technology to record all the prints onto 35mm motion picture format negatives and burn the images to laser disk, this project will digitize photographs using large-format flatbed scanners and upload the new digital surrogates to the UW Libraries Sayre Digital Collection and replace the 1987 images. Visitors to the Sayre Collection soon will be able to view these high-resolution images online at http://content.lib.washington.edu/sayrepublicweb/index.html.

The North American Journals of Prince Maximilian of Wied

On July 25, 1834, Prince Maximilian of Wied was aboard the ship that would take him home from Europe after several years of expedition in America. In his journal entry for the previous day, he reports playing the game of shuffle on deck. For July 25 he writes:

The weather was magnificent, and the seas dark blue. Procellaria pelagica flew around us.

An American swallow was caught on the ship. On the other hand, one of my American blue finches flew away, and we never saw nor heard it again.... 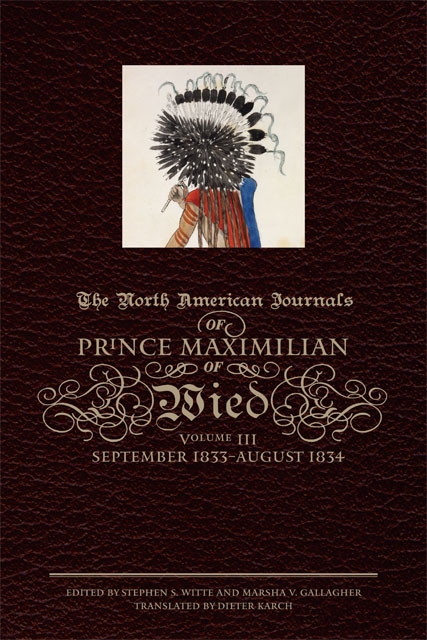 About five o'clock, many dolphins. They jumped several feet high out of the water and often loudly slapped the surface with their tails. The evening was cool. At ten thirty in the night, rain. About eleven o'clock, a pale yellow rainbow opposite the moon...

Lyrical and observant, few historical chronicles are as beautiful as the journals written by Prince Maximilian of Wied. Published in a three-volume set by the University of Oklahoma Press with support from the NHPRC, The North American Journals of Prince Maximilian of Wied record his journey into the North American interior in 1833-34, following the route Lewis and Clark had taken almost thirty years earlier.

Prince Alexander Philipp Maximilian zu Wied-Neuwied (1782-1867) was a German explorer, ethnologist and naturalist. After his exploration of Brazil, he made his way to the United States. Maximilian's memorable descriptions of topography, Native peoples, natural history, and the burgeoning fur trade were further brought to life through the now-familiar watercolors and prints of Karl Bodmer, the young Swiss artist who accompanied him. 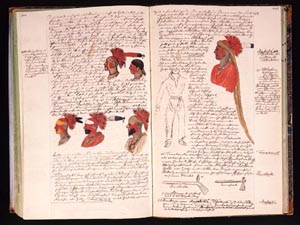 The three-volume set reproduces the prince's historic journal and features every one of his illustrations-nearly 100 in all, including several in color-from the original, along with other watercolors, now housed at Joslyn Art Museum in Omaha, Nebraska. Publication of these journals, fifty years in the making and complete with extensive annotation, opens the 1830s American West to modern readers in an indispensable scholarly resource and one of the most beautiful modern documentary editions.

Enlarge
The Missouri State Archives has a symbiotic relationship with the state historical records advisory board.

In FY 2012, the NHPRC awarded 23 grants to support state historical records advisory boards through the State and National Archival Partnership (SNAP). This program is designed to strengthen archives and historical records programs in each of the states and build a national archival network.

In Missouri, for example, the state's Historical Records Advisory Board will support a regrant program open to all of the state's historical records repositories, including public and private historical societies; museums; libraries; colleges and universities; and local governments. The board will focus grant awards on projects that create records inventories with the assistance of a consultant. The board believes it can have a greater impact on strengthening archives and historical records programs in the state by ensuring that professional guidance is available. Repositories that already have an inventory that meets the standards of the board will be permitted to request funding to complete other preservation and access projects, such as records processing, preservation microfilming, purchasing archival supplies, and conserving documents. In this cycle, the board will be especially receptive to projects dealing with the records of post-World War II immigrant communities, small and non-affiliated religious organizations, and vanishing Missouri-based businesses and institutions.

Enlarge
Outside of the Churchill National Museum at Westminster College in Fulton, Missouri. Winston Churchill made his famous Iron Curtain on campus in 1946.

Over the past two years, 18 states have run regrant competitions, which provide small grants to local archives to ensure public access to these types of records at small and local institutions, which are not likely to be competitive through regular NHPRC funding categories. Not only does the regrant program extend the reach of federal funds, but also it strengthens the national archival network by providing greater levels of professional development and training as well as public access to significant historical records. 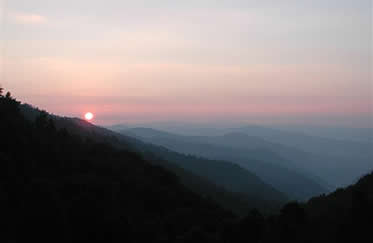 Sunrise at the Great Smoky Mountains National Park. The Eury Collection contains the papers of Kelley Bennett, who with his friend author Horace Kephart, was a major force behind the creation of the park. Courtesy of the National Park Service, Robert Baker

Special Collections at Appalachian State University, one of 16 schools in the University of North Carolina higher education system, has received a grant for an ambitious two-year project that will eliminate the backlog of the W. L. Eury Appalachian Collection and provide students, faculty, staff, and outside researchers with access to these collections.

Collecting began in 1943 under the direction of librarian William Leonard Eury, for whom the archive was named. The Eury Collection actually comprises approximately 445 processed collections and 450 unprocessed ones. Staff intends to create minimal descriptions in keeping with the Greene and Meissner approach of "more product, less process." Staff will create a catalog record and series-level EAD finding aid for each collection. For this project, staff will arrange, preserve, and describe 1,210 linear feet of records. 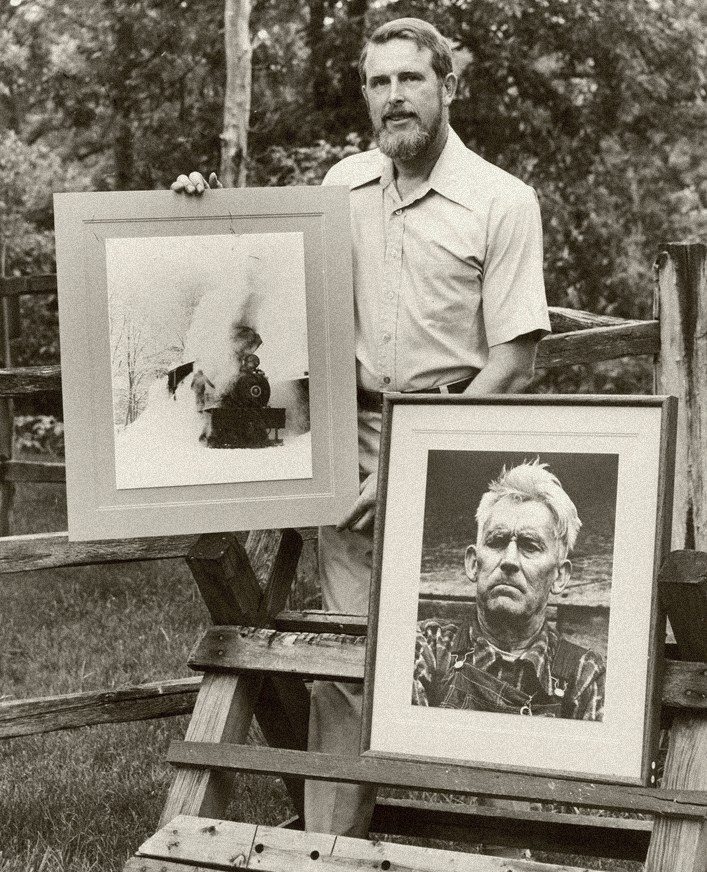 Among the collections to be processed are the papers of Kelly Bennett, who was instrumental in the development of Great Smoky Mountains National Park and the Blue Ridge Parkway; the papers of social activist and documentarian John Gaventa; Appalachian photographer Jack Jeffers's collection of prints and digital images; and the papers and musical scores of composer Tui St. George Tucker.