On May 18, Archivist of the United States David S. Ferriero awarded 31 grants totaling $2.9 million for historical records projects in 18 states and the District of Columbia. The National Archives grants program is carried out through the National Historical Publications and Records Commission.

Grants totaling $1.4 million were recommended for 14 archival projects, including the W.L. Eury Appalachian Collection at Appalachian State University in Boone, North Carolina; the backlog of unprocessed records at the South Dakota State Archives; the papers of California governor Edmund G. "Pat" Brown; Vietnam War-era poster collections; the records of the Pennsylvania Turnpike Commission; and the Pan American World Airways records at the University of Miami.

Luther College in Decorah, Iowa received a grant for a three-year project to design and host the Archives Leadership Institute, a program that brings together 25 archivists for a week-long intensive program to develop their skills in serving their institutions and the public.

See the Press Release for a complete list of awards. 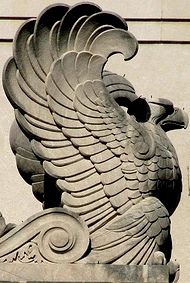 One of the stone eagles on the roof of the National Archives.

"Eagles traditionally represent strength, courage, farsightedness, and immortality, and wings symbolize forward movement, swiftness, and protection. The National Archives strives to carry out its mission with the vision to serve not only the citizens of today, but also those of the future," said Archivist of the United States David S. Ferriero.

The National Historical Publications and Records Commission was created in the same Act of Congress that established the National Archives. Signed into law on June 19, 1934, the Act calls for such a commission to complement the work of the National Archives by making "plans, estimates, and recommendations for such historical works and collections of sources as seems appropriate for publication and/or otherwise recording at the public expense." The framers of the act sought such a mechanism to make public not only those nationally significant papers held by the Federal government but also those historical records held in other collections which are important to the history of the United States. 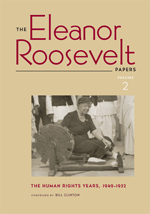 The Eleanor Roosevelt Papers, Volume 2: The Human Rights Years, 1949-1952 was recently published by the University of Virginia Press. The project is located at George Washington University and has been supported by the National Archives through NHPRC grants since 2000.

The volume traces Eleanor Roosevelt's transformation into one of the era's most prominent spokespersons for democracy and human rights, and details the broader impact she had on American politics, the United Nations, and global affairs. Introduced by Boutros Boutros-Ghali, the former Secretary-General of the UN, the volume begins with documents promoting the Universal Declaration of Human Rights and concludes with her final remarks on the floor of the United Nations.

While her work as the U.S. delegate to the UN is the primary focus, it also lands upon the rise of McCarthyism, the Korean War, the second Truman administration, and the election of Dwight Eisenhower.

And Eleanor was just as committed to human rights at home. In response to a letter asking her to oppose policies on "race mixing," she had this to say in her reply on July 18, 1951:

Do you think that the good Lord meant to keep people He created apart in little sections and then allow us to go ahead and develop so that we cross each others' paths? If you think that was the intention of the Lord, then how much you feel over the fact that we brought people from Africa to this country in chains? Why should giving all people equal opportunity and allowing them all to develop bring about 'disaster, confusion and chaos'? People are not oil and water. When they know each other, they mix very well. It is simpler I think for everyone to respect everyone else than it is to choose special people who shall have special respect. 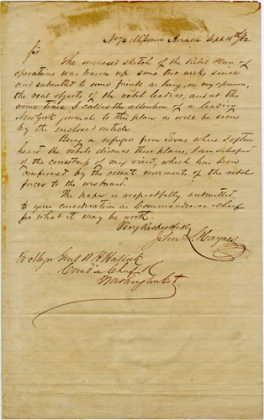 Deep in the heart of Texas, the Briscoe Center for American History (BCAH) has just completed a two-year History Revealed project to increase accessibility at over 1,600 collections. Following a comprehensive collection survey to identify hidden collections, BCAH staff at the University of Texas, Austin, set about creating collection-level descriptions of priority collections, and they have posted online finding aids to the Texas Archival Resources Online website or library catalog records in OCLC and in the university's online catalog.

"History Revealed" shed light on over 200 collections and several thousand documents illuminating the experiences of soldiers and citizens during the Civil War. Collections such as the Francis H. Nash Diary and the Jacob R. Cressinger Papers provide eyewitness accounts of conditions within regiments and various military engagements, including the battles of Vicksburg and Chickamauga. Other collections include the Pritchard von David Papers, containing an official copy of Robert E. Lee's surrender at Appomattox, and Fleming W. Thompson letters which provide an account of the Battle of Gettysburg.

Some other notable collections and discoveries include African American Sheet Music from 1879-1940; the papers of James H. East, who was part of the posse hunting down Billy the Kid; and a daguerreotype, donated by Governor Dolph Briscoe, the earliest know documentation of the Alamo Chapel of San Antonio de Valero Mission. Taken in 1849, it is also presumed to be the earliest extant photographic image made in Texas, and it is the only known photographic view of the Alamo made prior to its reconstruction in 1850.

A comprehensive list of the collections is at http://www.cah.utexas.edu/projects/nhprc/collections.php 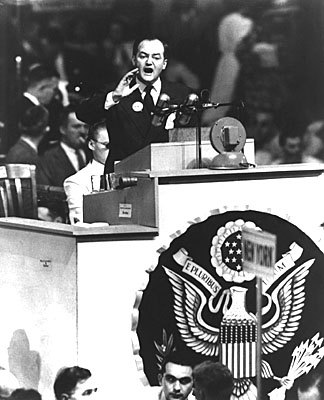 He was called "The Happy Warrior" and he celebrated what he called the "politics of joy." Hubert Humphrey began his political career when he was elected mayor of Minneapolis in 1945. Three years later, at the Democratic National Convention, he gained national attention when he delivered a stirring speech in favor of a strong civil rights plank in the party's platform. In November, voters in Minnesota elected Humphrey to the United States Senate.

In 1964, at the Democratic National Convention, President Lyndon B. Johnson asked the convention to select Humphrey as the Vice Presidential nominee. The ticket was elected in November in a Democratic landslide. In 1968, Humphrey was the Democratic Party's candidate for President, but he was defeated narrowly by Richard M. Nixon. After the defeat, Humphrey returned to Minnesota to teach at the University of Minnesota and Macalester College. He returned to the U.S. Senate in 1971, and he won re-election in 1976. He died January 13, 1978 of cancer.

His papers are held by the Minnesota Historical Society, which is undertaking, with the help of an NHPRC grant, a one-year project to digitize and make available the manuscripts and audio recordings of his speeches. This series of the Humphrey Papers contains 32,000 pages of annotated transcriptions for nearly every public speech dating from 1941, when Humphrey entered local Minnesota politics, until his death in 1978. The project will also digitize the audio recordings of at least 50 particularly important speeches.

The Humphrey Papers (1883-1982), comprise 1,700 cubic feet of materials consisting of U.S. Senate and Vice-Presidential files, as well as materials pertaining to Humphrey's family and personal life and his 1968 presidential and 1970 Senate campaigns. Within this collection, the speech text files series consists of approximately 46 cubic feet of varying formats, including notes, drafts, speaking texts, printed copies, and transcripts. Also present are excerpts, sample speeches, and incomplete indexes and checklists. The speeches address a variety of topics, including education; labor rights; foreign policy; international relations and the United Nations; nuclear weapons proliferation; communism and democracy; and health care, including Medicare legislation. 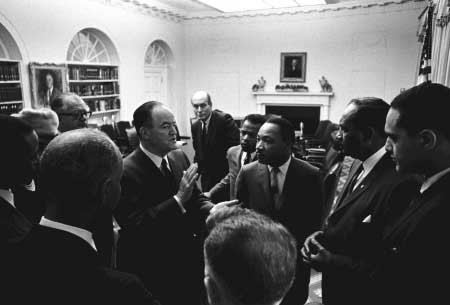 When complete, the digitization of this series of archival materials will document the path of Humphrey's career, his evolving political thinking, and the maturation and high-water mark of the liberal tradition in 20th century American politics and government. Hubert Humphrey, more than most leaders of the age, articulated his political values and pressed forward his agenda. Because of this, his extensive body of speeches comprises a wide and deep pool of documentary evidence illuminating American political and social history from the end of World War II through the end of the Vietnam War.

The Strange Case of Constantine Rafinesque 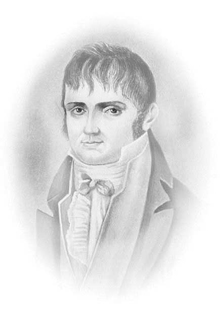 In the 1980s, the NHPRC awarded several grants to Transylvania University in Lexington, Kentucky for a documentary edition of the letters of Constantine Rafinsque, a 19th century polymath who was an important figure in the study of natural history.

Born in 1783 in Constantinople, Rafinesque came to the United States in 1802 and traveled throughout Pennsylvania and Delaware studying the botany of the country. He later became a founding member of the newly established Lyceum of Natural History in New York City, and in 1819, he became a professor of botany at Transylvania University, where he began recording his observations of plants and animals he encountered on his travels, publishing 6,700 binomial names of plants, and assigning the scientific names to animals observed by the Lewis and Clark Expedition, including the black-tailed prairie dog (cynomys ludovicianus), the white-footed mouse (peromyscus leucopus), and the mule deer (odocoileus hemionus). Rafinesque also made important contributions to the study of prehistoric cultures in America, although his publication on the purported migration and creation of the Lenape people, Walam Olum, has been disputed by modern anthropologists.

The Rafinesque papers, after decades of work, had been planned as a documentary book edition, but a publisher could not be found. Now, the American Philosophical Society has published editor Charles Boewe's biography, The Life of C.S. Rafinesque, A Man of Uncommon Zeal, through its Lighting Rod Press, and as a bonus has included the manuscript for the documentary edition of Rafinesque's letters on a CD with the book. Running some 2,200 pages, the manuscript is a marvel of the history of natural science in America. 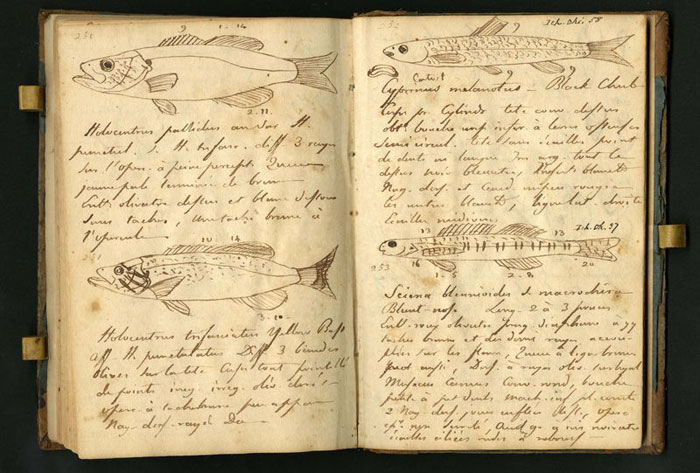 At the same time, the National Museum of Natural History and the Smithsonian Institution have been at work on The Field Book Project, which is designed to create one online location for scholars and others to visit when searching for field books and other field research materials. Tad Bennicoff, Reference Archivist, Smithsonian Institution Archives began looking into the Rafinesque field books from an 1818 journey and has posted a marvelous account called Fishing Without a Net of the nearly two hundred years old journal, composed of notes (in French) and sketches of plants, shells, fish, and mammals. 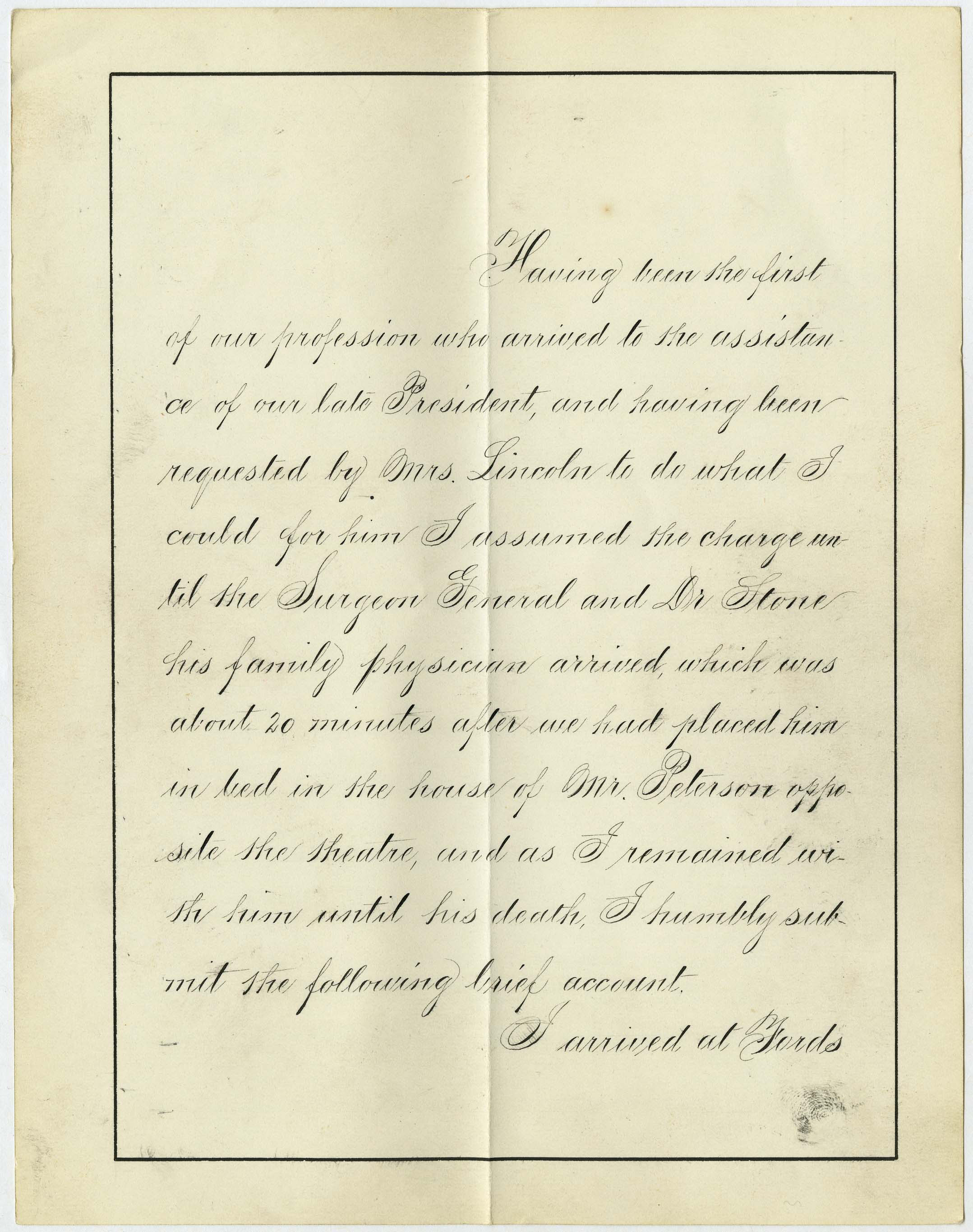 Enlarge
Page of the report of Dr. Charles A. Leale on the Assassination of President Lincoln, April 15, 1865 Record Group 112: Office of the Surgeon General (War), 1775-1959, National Archives

On the night when Abraham Lincoln was shot at Ford's Theatre, Dr. Charles Leale, a 23-year-old doctor who had received his medical license just six weeks earlier, rushed into the private box to help treat the wounded President. He later recorded the events of the evening in a 21-page report that was filed away and forgotten. But Helena Iles Papaioannou, a researcher for the Papers of Abraham Lincoln Project, was going through a box of documents in the National Archives when she discovered the long-lost report written by Dr. Leale in the records of the Surgeon General.

"What is remarkable about this newly discovered report is its immediacy and poignancy," said Daniel Stowell, director of the Papers of Abraham Lincoln project. "You can sense the helplessness Leale and the other doctors felt that night."

Leale's account is a fascinating historical record of the efforts to save the President's life and Lincoln's final moments, surrounded by his family and political allies.

The Papers of Abraham Lincoln project is supported through the NHPRC. You can read a digitized copy of Dr. Leale's report on the New Documents section of their web site.