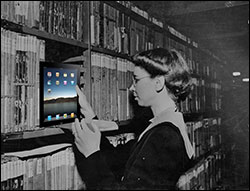 Literacy and Citizen Engagement with Historical Records is a new NHPRC grant program.
After a two-year process of reviewing the grants programs of the National Historical Publications and Records Commission, staff drafted a new set of guidelines earlier this year and published the revisions on its Annotation blog. We invited the public to comment on the revised programs, and over 75 organizations and individuals weighed in on the proposed changes. At special working meetings in March and April, Commission members reviewed the drafts and comments and finalized the language and directions for the grants programs for FY2015.

The results of these efforts are six funding categories. Access to Historical Records is designed to support archival repositories in processing, preserving, and creating online tools that facilitate public discovery and use of historical records. Digital Dissemination of Archival Collections revises the grant category for digitizing collections and making them accessible online. Publishing Historical Records in Documentary Editions continues the long-standing program of support for documentary editions in print and online editions. The Commission voted to encourage projects, whenever possible and appropriate, to provide access to these materials in a free and open online environment, without precluding other forms of publication. This program will have two deadlines to accommodate projects already receiving NHPRC support and new projects.

State Board Programming Grants is open only to state historical records advisory boards (or their fiscal agents), and the new language is intended to encourage state boards to expand public programming. We expect to make up to 30 grants to state boards each year, as some of the boards operate on a two-year cycle. Due to the tremendous need at the state level for support of electronic records, the new State Government Electronic Records category is open only to state archives to accession, describe, preserve, and provide access to state government electronic records of enduring value. 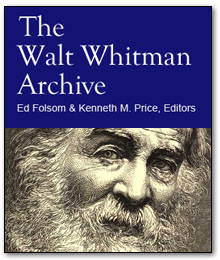 From the Walt Whitman Archives. NHPRC programs are designed to increase public discovery and use of historical records.

And an entirely new program has been created, Literacy and Engagement with Historical Records, to encourage archivists and others in exploring ways to improve digital literacy and encourage citizen engagement with historical records. The Literacy and Engagement grant program offers support for projects that will result in archives reaching audiences through digital literacy programs and workshops, new tools and applications, and citizen engagement in archival processes.

The Commission will meet on Tuesday, May 13 at 9 am at the National Archives to recommend grants in publishing historical records, innovation projects, and access to archives endeavors. The meeting is open to the public. If you plan on attending, please contact Christine Dunham (christine.dunham@nara.gov) or call (202) 357-5010. 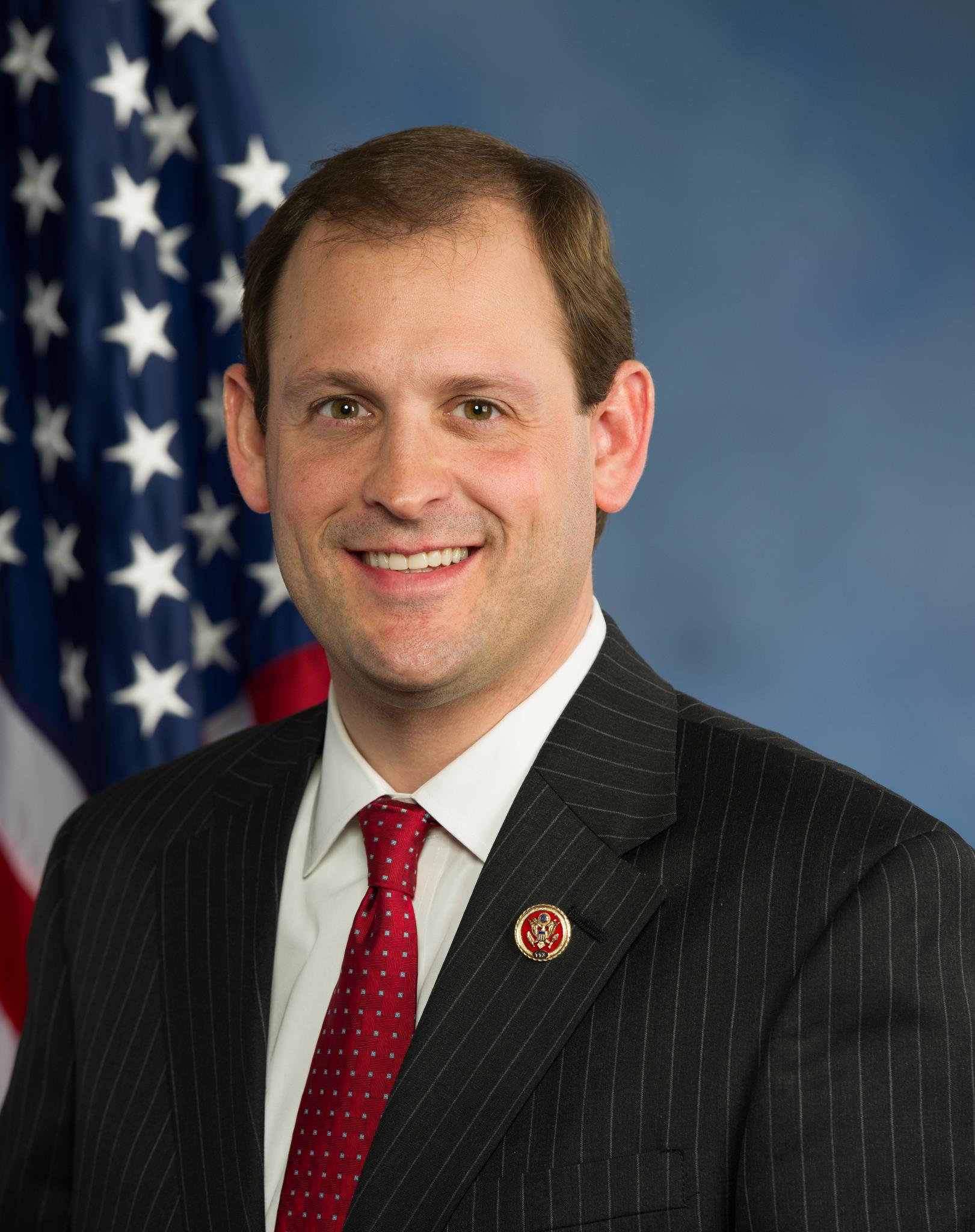 The U.S. House of Representatives has named Andy Barr, representing Kentucky’s Sixth Congressional District, to the Commission. The Commission is one of the very few entities in the Federal government with representatives from all three branches (Executive, Judiciary, and Legislative) as well as Presidential appointees and professional association appointees.


News from the Field

Hidden Political Collections at the College of Charleston 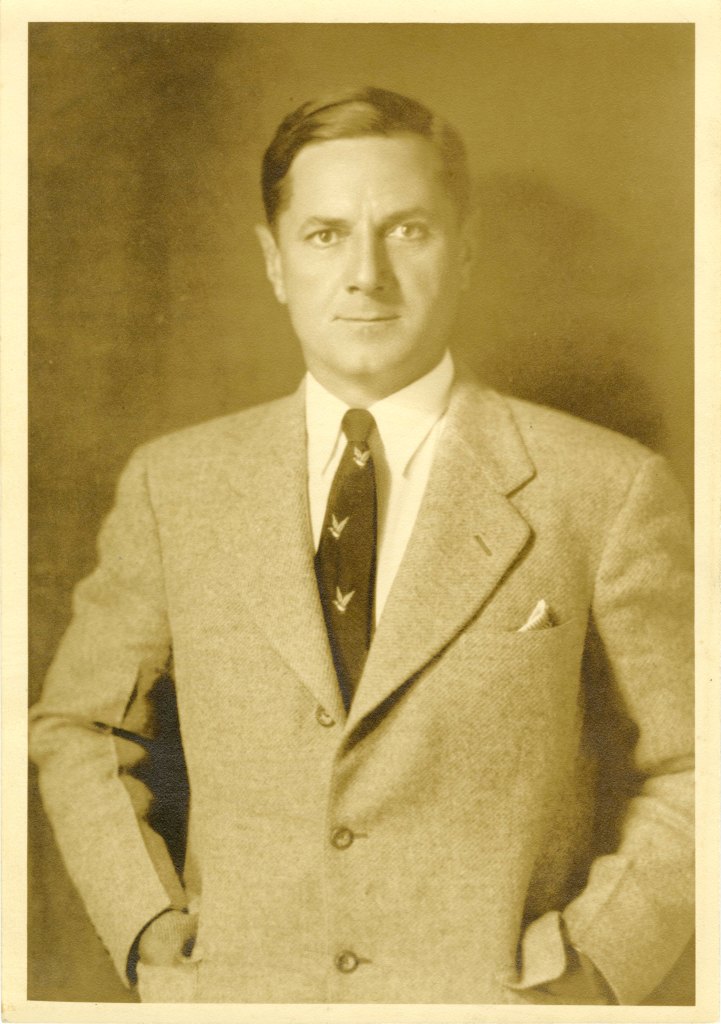 As mayor of Charleston for most of the 1930s, Burnet R. Maybank (1899–1954) played an important role in implementing New Deal relief programs at the local level. Elected to the United States Senate in 1941, he became a key ally of President Franklin D. Roosevelt for the duration of World War II and a staunch defender of President Harry S. Truman during the Dixiecrat Revolt led by Senator Strom Thurmond in 1948. As the chairman of the powerful Banking and Finance Committee, he shepherded legislation through Congress to fund the Reconstruction Finance Corporation, the Rural Electrification Act, and other hallmarks of what historians such as Alan Brinkley have defined as the "post-war liberal consensus." These papers offer information on state, national, and international political history. The Maybank Papers cover a period when South Carolina played a major role in national politics on the front lines of the post–World War II African American rights movement. 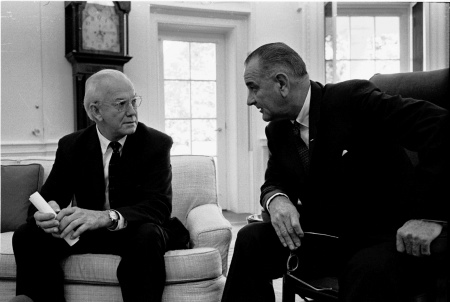 Mendel Rivers meets with President Lyndon Johnson, September 1965, courtesy LBJ Presidential Library
L. Mendel Rivers (1905–1970) exemplified the fragility of the New Deal coalition amidst tension over issues of race, class, and gender following World War II. Rivers initially championed ultra-liberal farm subsidies, Federal relief efforts, and the expansion of Federal authority during the Roosevelt administration. But, in response to the quickening pace of the Civil Rights Movement, the Congressman (1941–1954) repeatedly broke ranks with his Democratic allies. He was one of only a few elected officials to endorse Thurmond’s run for President in 1948 as a Dixiecrat. Four years later, he campaigned for Republican Dwight D. Eisenhower under the auspices of the independent South Carolinians for Eisenhower organization. His allegiances to the Democratic Party were threatened further in the 1960s when Rivers assumed the mantle of Chairman of the House Armed Services Committee during the Vietnam War. From his powerful position in the U.S. Congress, Rivers ridiculed antiwar activism, civil rights agitators, and counterculture nonconformists.

Taken together, these collections document regional, national, and international issues and events during the post–World War II era through the prism of South Carolina politics. Representative documents will be digitized and included in the Lowcountry Digital Library, which produces digital collections and projects that strengthen the College of Charleston's instructional programs and support research about the region.

The Papers of Thomas Edison 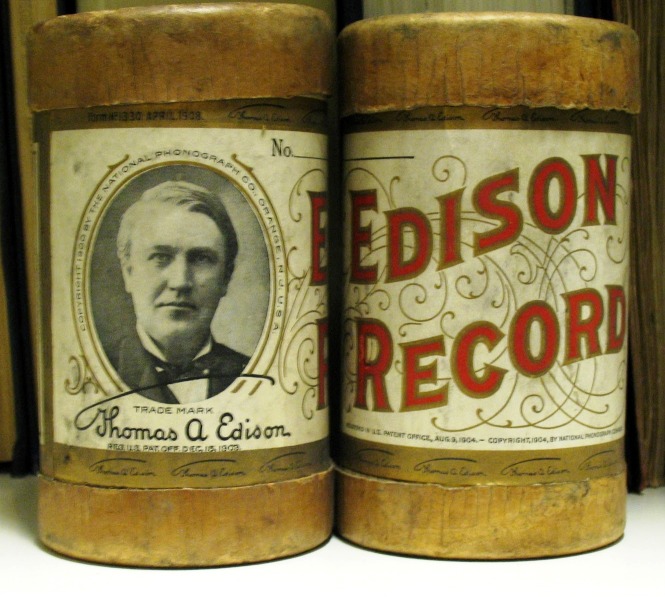 Enlarge
Cylinder records from the Thomas A. Edison phonograph company
Having improved telegraphy equipment, and devised such important devices as the phonograph, the carbon microphone, the incandescent electric light, and new types of batteries, Thomas Edison (1847–1931) is famous as a great inventor and entrepreneur. For his inventions, he received over 1,000 patents. Apart from creating new technologies, Edison helped to create the institutional infrastructure to refine these and discover others. At Menlo Park, he established the first large research laboratory in the country, to be followed by an even larger one at West Orange, New Jersey. Eventually, he became involved in business ventures that sought to apply his inventions to fields as diverse as sound recording, mining, and cement manufacturing.

Edison left behind a voluminous archive, an estimated five million documents held at the Edison National Historic Site and other repositories. This enormous group of records includes correspondence; laboratory notes; technical, business and legal papers; and patent case files. Edison’s papers reflect more than the great inventor’s contributions to the development of electrical and communications technology. They also demonstrate the collaborative nature of modern industry, the connection between technology and culture, and the relationships between inventors, scientists, businessmen, and politicians. 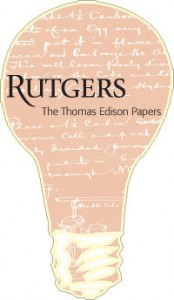 The Edison Papers is co-sponsored by Rutgers, the State University of New Jersey, the National Park Service, the New Jersey Historical Commission, and the Smithsonian Institution. The team of editors at Rutgers is taking a unique approach to this massive amount of material, publishing Edison’s papers in both a digital facsimile edition and a highly selective transcribed and annotated print edition.

The facsimile edition will include roughly 375,000 images and will appear on both microfilm and the project’s website (http://edison.rutgers.edu/digital.htm). Reproduced in the facsimile edition are notebooks, administrative records, correspondence, records of various Edison companies, legal documents, and certain family papers. Five of the projected six parts of the image edition have already been released on microfilm, covering the years from 1850 to 1920, and nearly 175,000 images are available online. A highly selective transcribed and annotated edition, of roughly 7,000 documents, is being published by Johns Hopkins University Press.

The project’s website, which makes Edison material available to a wide range of users, from schoolchildren to advanced scholars, has been selected as one of the best humanities sites on the Internet by the EDSITEment project. The site includes a searchable database containing information relating to approximately 23,000 individuals, companies, and institutions. The editors have also assisted the production of documentaries about Edison by George Lucas and the History Channel. 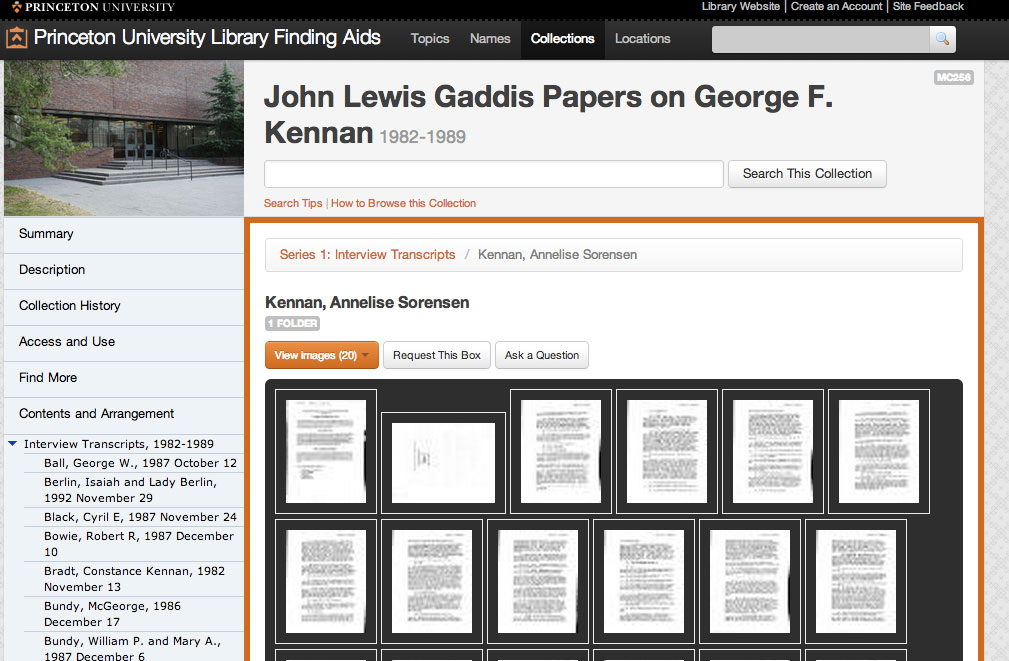 Enlarge
Screenshot from Princeton s Mudd Library digitization projects supported by the NHPRC.
"This is the dream. A researcher searches Google for George Kennan’s the Long Telegram, and we can give her exactly what she’s looking for, in the context of the rest of the papers. We also wanted the finding aid to be actionable – a researcher can ask a question about the material, request to see it in the reading room, and, if it had been scanned, would be able to look at images directly in the context of the finding aid."

Earlier this month at the Radcliffe Workshop on Technology and Archival Processing, Maureen Callahan, an archivist at the Tamiment Library at New York University, spoke about the changing role of archival description. She cited the NHPRC-sponsored project at the Mudd Library, Princeton University, where she previously worked, about their revisions to their finding aids portal as a reflection of the realities faced by users and archivists using the Internet. 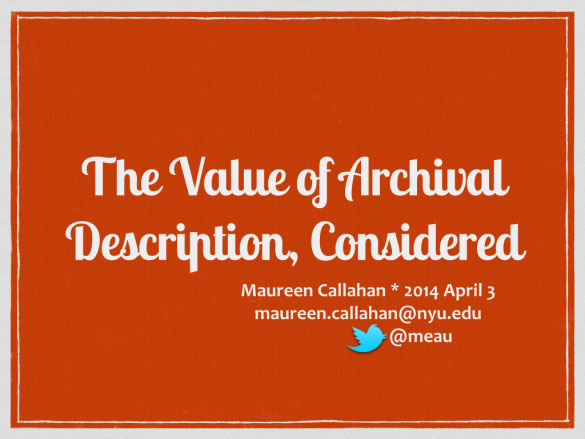 Enlarge
View The Value of Archival Description, Considered presentation.
"Basically, we decided to surrender to Google. We hoped that by busting apart the finding aid into the components that archivists create (collections, series, files and items), and letting Google index it all, our users would be able to come directly to the content that they want to find." 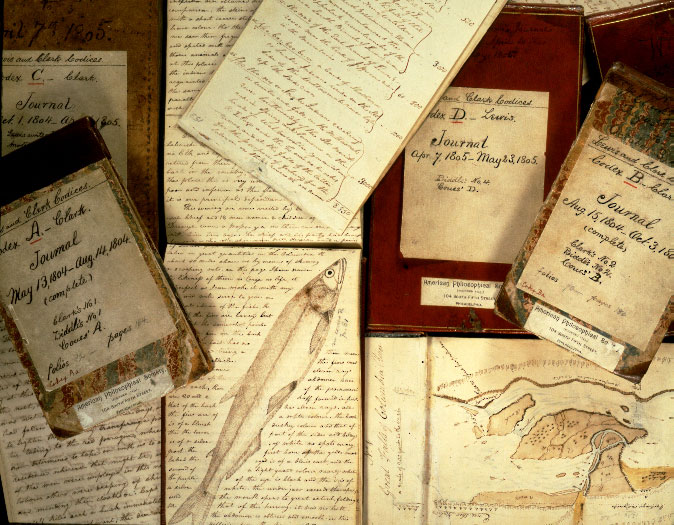 Enlarge
A selection of the journals from the Lewis and Clark expedition, courtesy American Philosophical Society
On April 13, 1803, his 60th birthday, President Thomas Jefferson spent much time writing out instructions for Captain Meriwether Lewis on his forthcoming expedition to explore the Missouri River and find a path to the Pacific ocean which "may offer the most direct & practicable water communication across this continent..." Along the way, Lewis was instructed to find out about the people inhabiting the land, to study the soil and vegetation, and "the animals of the country, generally, & especially those not known in the US [and] the remains & accounts of any which may be deemed rare or extinct."

Jefferson had a fascination with what might be out there in the unknown America. In 1793, he had instructed Andre Michaux on the same mission to look for signs of mammoths and llamas. And in 1797, Jefferson formally announced to the scientific world the discovery of fossilized skeletal remains (primarily one arm and claws) of a mammal he called the megalonyx, which he also called the Great-claw, which he believed to be something like a lion but is now known to have been a form of extinct ground sloth of the Pleistocene epoch. 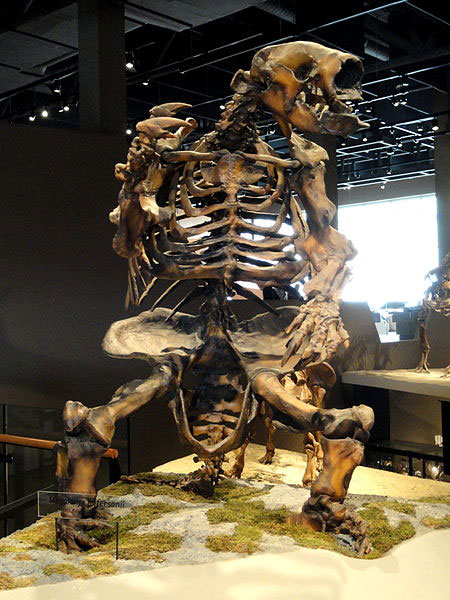 Enlarge
The scientific name of this Giant Sloth is megalonyx jeffersonii. On display at the Natural History Museum of Utah.

You can read more about this fascinating creature by searching for "megalonyx" on Founders Online, including Jefferson's Memoir on the Megalonyx, presented to the American Philosophical Society.