Dr. Naomi L. Nelson has been appointed by President Barack Obama to the National Historical Publications and Records Commission as a Presidential Appointee. Dr. Nelson is Associate University Librarian at Duke University, a position she has held since 2014. She has also been Director of the David M. Rubenstein Rare Book & Manuscript Library at Duke University since 2010. Previously, she held a number of positions at Emory University after joining in 1991. Dr. Nelson is on the faculty of the Rare Book School at the University of Virginia and is a member of the Editorial Advisory Board for Duke University Press. Dr. Nelson has served on the Society of American Archivists' Committee on Education, the Research Libraries Group's Encoded Archival Description Advisory Group, and on the Digital Library Federation's Aquifer Initiative. She previously chaired the Society of American Archivists' Technology Best Practices Task Force. Dr. Nelson received an A.B. from Duke University, an M.L.S. from the University of Pittsburgh's School of Library and Information Science, and a Ph.D. from Emory University.

Kaye Lanning Minchew, Troup County (GA) Archivist, has been named as representative of the National Association of Government Archives and Records Administrators and will serve out the term of retired representative Jerry Hanfield. Kaye has served as Director of the Troup County Archives since 1985. She is author of the NAGARA publication, Archival Programs for Local Governments. She has also co-authored several books including Travels Through Troup County: An Architectural Guide and Images of America: Troup County. For four years (2006-2010), she served as co-chair of the Local Government Archives task force for the Council of State Archivists.

Darrell Meadows was named Director for the Publishing Program in December, 2014, replacing retired staff member Timothy Connelly. Dr. Meadows has served as Director of the Research and Interpretation Division of the Kentucky Historical Society since 2008. There he started the online publication, the Civil War Governors of Kentucky Digital Edition (which has been endorsed by the NHPRC, funded by the NEH and other sources), oversaw administration of the Register of Kentucky Historical Society and the Society's Scholarly Research Fellowship program. He also represented the Society on the board of the University Press of Kentucky. Prior to his work at the Society, he was research consultant for the National Science Foundation and served as historian for an international collaborative digital library at the Library of Congress. He recently co-taught a course on Creating a Digital Documentary Edition. He is an active member of many scholarly associations including AHA and ADE. Meadows holds a PhD in history from Carnegie Mellon University. 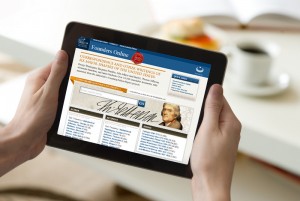 The program focuses on the work of Documents Compass and the "Early Access&qout undertaking, which provides public access to the previously untranscribed and unannotated documents that remain to be edited and published in book form. These documents complement the work being done by Rotunda, the University of Virginia Press's electronic imprint, to create and maintain the Founders Online website.

Kathleen Williams, NHPRC's Executive Director, is among the folks interviewed for the program, which also provides an inside look at how Documents Compass was able to publish draft versions of thousands of letters written by George Washington, Thomas Jefferson, John Adams and Abigail Adams, and James Madison.

With Good Reason is broadcast on about 50 stations in 14 states and you can listen to the episode at: http://withgoodreasonradio.org/2014/12/reading-the-founding-fathers-mail/.

Access to Historical Records
For proposals that promote the preservation and use of the nation's most valuable archival resources. This grant program is designed to support archival repositories in preserving and processing primary source materials. The program emphasizes the creation of online tools that facilitate the public discovery of historical records. Publishing Historical Records in Documentary Editions
For proposals to publish documentary editions of historical records.
This program has two deadlines:
State Board Programming Grants
For proposals that strengthen the nation's archival network through activities undertaken by state historical records advisory boards (SHRABs). The Commission issues grant announcements twice each year. To see all of the programs, including those categories with passed deadlines, go to the Grant Opportunities page.

PERTTS, SERI, and the Saving of Electronic Records

Looking for tools and best practices to save electronic records?

PERTTS is The Council of State Archivists Program for Electronic Records Training, Tools, and Standards. 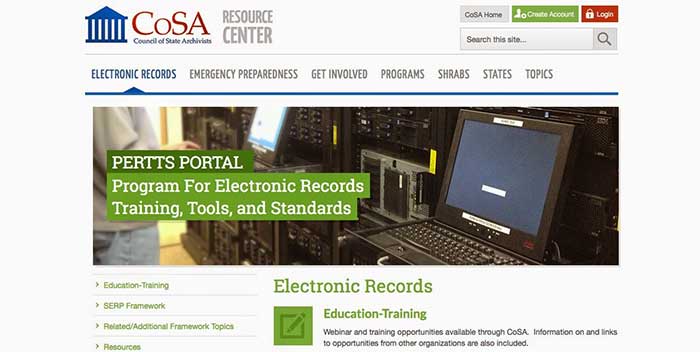 Funded with a grant from the NHPRC, PERTTS is part of the Council's State Electronic Records Initiative (SERI) and it is focused on two areas: (a) providing access to in-depth information about standards, best practices, and tools for the management and preservation of electronic records, and (b) delivering education and training to ensure that these standards, best practices, and tools are widely and effectively implemented.


Ready to dig in? Go to http://rc.statearchivists.org/PERTTS/Default.aspx 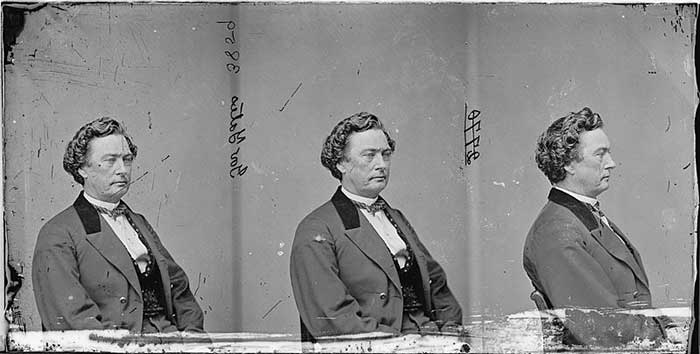 Would you like to help transcribe documents from the Civil War era?

A grant from the NHPRC has helped the Abraham Lincoln Presidential Library Foundation in Springfield, Illinois digitize the gubernatorial records of Richard Yates, Sr., governor of Illinois 1861-1865. The collection of some 30,000 pages provide a unique insight into the day-to-day activities in Illinois during the Civil War. Among Yates' correspondents were General William T. Sherman, General Ulysses S. Grant, U.S. Secretary of War Edwin M. Stanton, and U.S. President Abraham Lincoln (including this letter from June 1863). 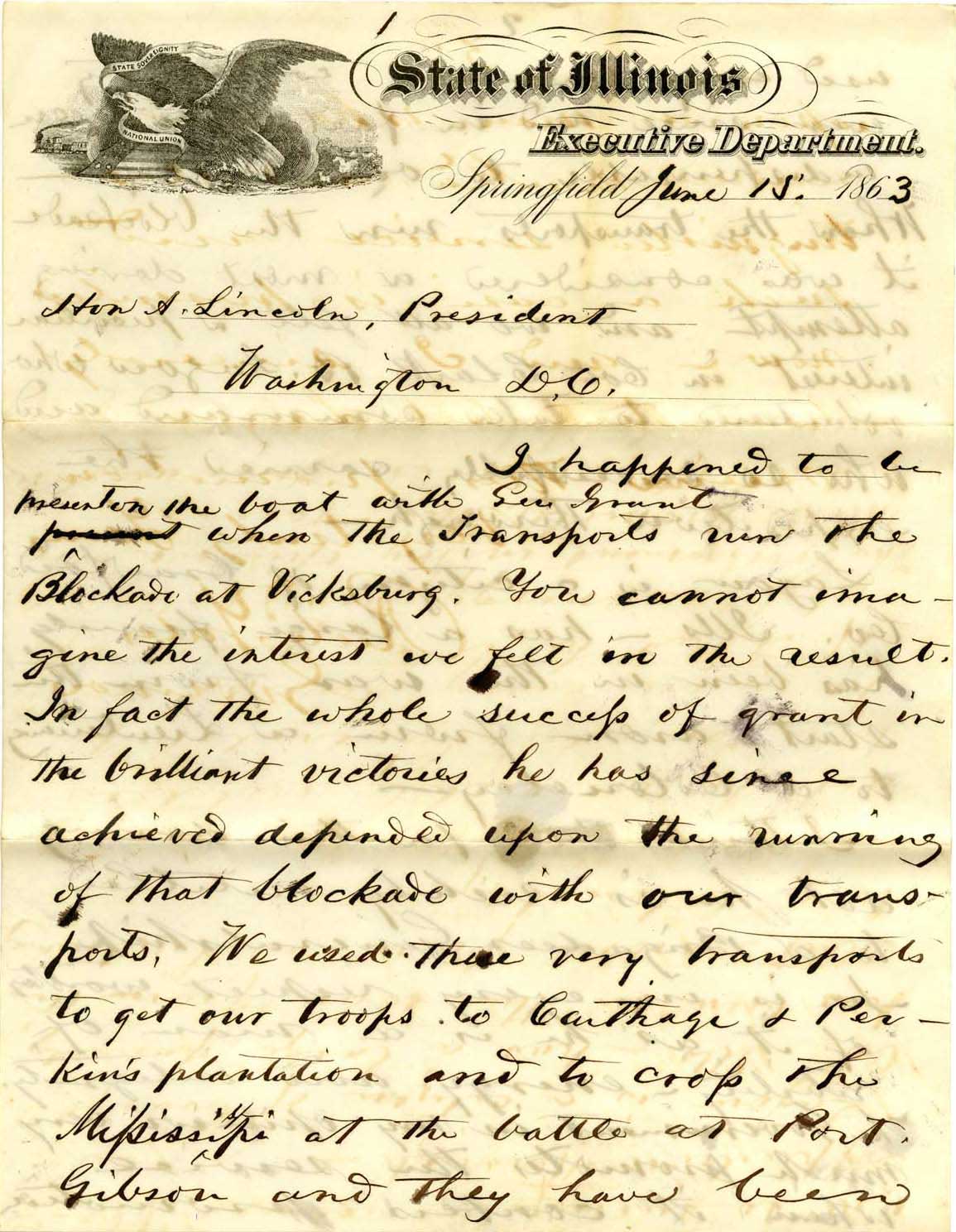 Enlarge
Page one of a June 1863 letter from Richard Yates to Abraham Lincoln.

The Abraham Presidential Library and Museum is inviting the public to help transcribe these documents. The library's Center for Digital Initiative has set up a website www.ChroniclingIllinois.org that allows the public to view papers and contribute their transcriptions to make the documents for researchers and historians to use in the future.

If you would like to participate in this project, go to http://alplm-cdi.com/chroniclingillinois/collection-tree and scroll down to the Yates Family Papers collection.

TR, the Archives, and the American Story

But it was President Theodore Roosevelt who actually started the whole process. In the 1880s and 1890s, the American Historical Association began pushing for a national archives and for a commission to "edit and publish" historical documents of national significance. 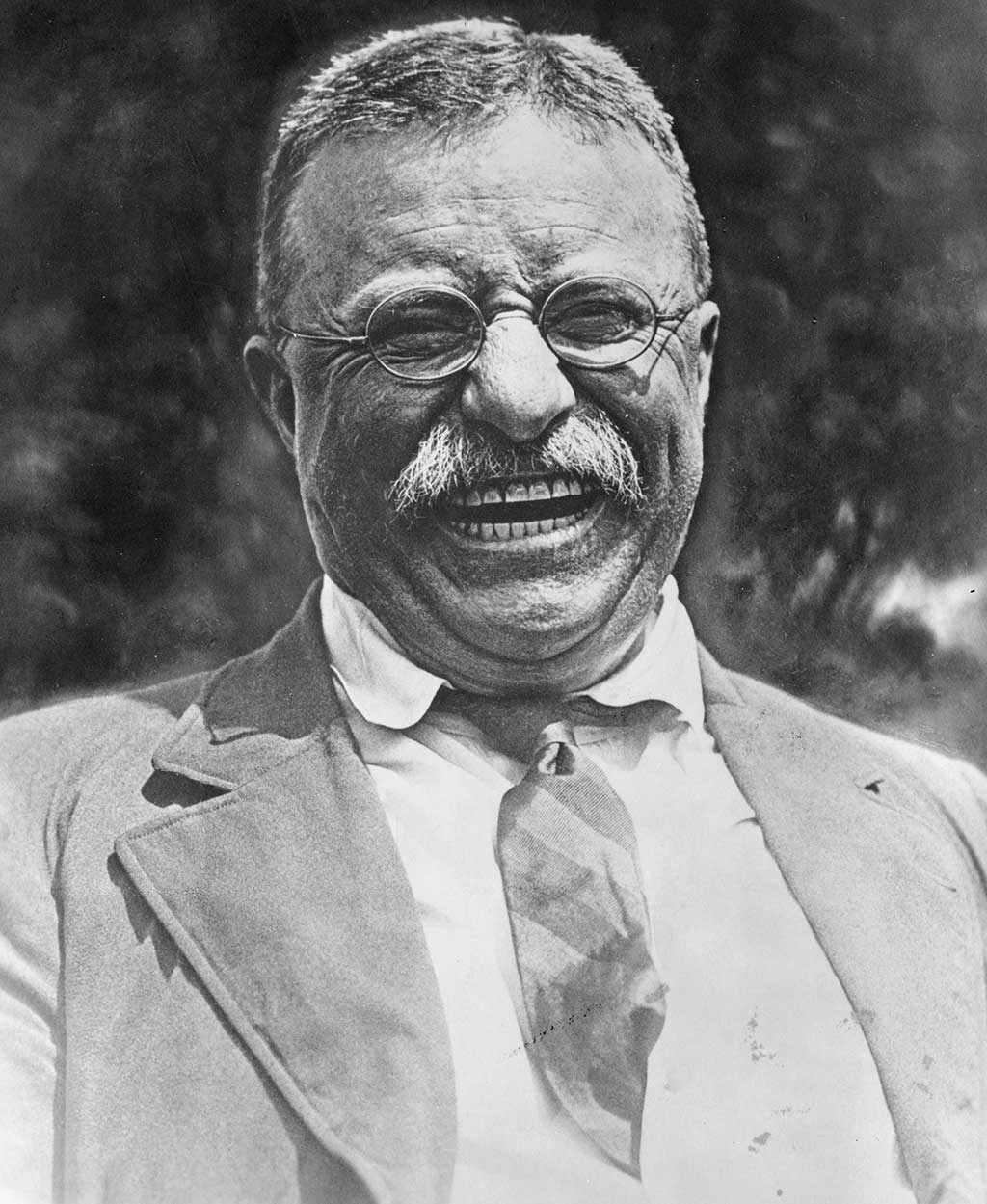 While TR left office without creating a national archives, it didn't stop his interest in archives and history. In 1912, he was named President of the American Historical Association, and in his Presidential Address, "History as Literature" he said:

The great historian of the future will have easy access to innumerable facts patiently gathered by tens of thousands of investigators, whereas the great historian of the past had very few facts, and often had to gather most of these himself. The great historian of the future cannot be excused if he fails to draw on the vast storehouses of knowledge that have been accumulated, if he fails to profit by the wisdom and work of other men, which are now the common property of all intelligent men. He must use the instruments which the historians of the past did not have ready to hand. Yet even with these instruments he cannot do as good work as the best of the elder historians unless he has vision and imagination, the power to grasp what is essential and to reject the infinitely more numerous nonessentials, the power to embody ghosts, to put flesh and blood on dry bones, to make dead men living before our eyes. In short he must have the power to take the science of history and turn it into literature.

Seems like an extremely prescient way of thinking about archives, the Internet, and the role that historians play in telling the American Story.

Reimagining Archives in a Digital Age

In a recent essay in the Wall Street Journal, "What Could Be Lost as Einstein's Papers Go Online,", Walter Isaacson wondered whether people will still visit the physical archives once everything is digitized and goes online.

The banner from the Digital Einstein Papers.

Recalling his own research visits to the archives at CalTech and his journey to Jerusalem's Hebrew University, Isaacson wrote somewhat wistfully of how looking at the original letters and documents and spending time with the editors of The Collected Papers of Albert Einstein gave him insights that led to his biography of Einstein. A similar experience inspired him on his biography of Benjamin Franklin, when he worked with the editors of the Papers of Benjamin Franklin and visited Sterling Library at Yale to look at Franklin's letters and manuscripts.

Now the Digital Einstein Papers and the Franklin Papers, through Founders Online, are freely available to people all over the world. They can find these sources, do the kind of research they want to do, and explore on their terms. And Isaacson wonders how that online access will change the nature of research in archives.

Online access to historical documents is changing not only scholarly research, but changing our everyday connection with archives. Another use for these online collections is to focus on the lesser-known historical figures whose stories are begging to be told. 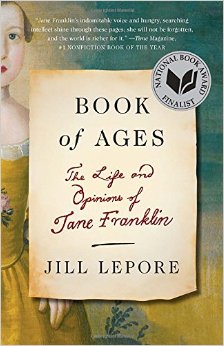 The possibilities of online resources are many and not always as obvious as we at the National Historical Publications and Records Commission might have imagined. A law professor found sources in Founders Online about attitudes towards the death penalty before the Revolutionary War. A college professor used it to introduce students to primary sources about women. Participants in a Massive Open Online Course called The Age of Jefferson found most of their readings in Founders Online.

This variety of approaches to using these collections is one of the reasons that Isaacson remains sanguine about the future for archives in the digital age. Projects like Digital Einstein and Founders Online tap into archivists' creative energies to use social media and the web to make historical materials more broadly available.

And the physical archives are changing as well. As Isaacson writes ". . . since I so cherish the experience of visiting the actual collections and meeting their curators, I hope that archives will remain inspiring places to visit and to meet people with like-minded passions. They can blend the virtual world and physical space to become 21st-century museums for the mind."

The University of Virginia and Monticello teamed up to offer a collaborative Massive Open Online Course, providing a unique opportunity for anyone, anywhere, to learn about the Age of Jefferson.

As archivists, curators, librarians and historians undertake work in and with archives, they are increasingly using blogs, tweets, facebook posts, you tube spots and other means to invite others to join them in this knowledge sharing and discovery process. The potential reach and the immediacy of such activities are creating entirely new ways of looking at how we share primary sources and research output, how we build new knowledge, and how we enhance public investment in these endeavors.

Using social media tools to assist in archival and research activities is an exciting development and represents an important, new frontier. This is especially true when such tools are put into play on an ongoing basis, as the work at hand is being undertaken. Incorporating the use of social media tools into work plans creates an entirely new dynamic with audiences by inviting a two way learning and discovery process. Customers/audiences have the potential of becoming partners/participants in core work as it happens. In sum, engagement is an important goal, and social media usage can be a key ingredient in making this happen. 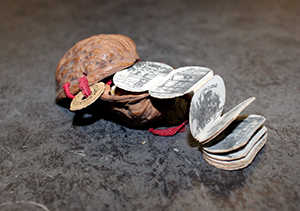 In the spirit of sharing, here are just a few examples of social media tools being used currently by NHPRC-funded projects. Although this list highlights one tool per project, many of these projects use a combination of these tools to engage with interested followers:

In addition to reading about NHPRC news and grant opportunities in this newsletter, you can also follow us on Facebook at http://www.facebook.com/nhprc; on Twitter, and through our Annotation blog at http://blogs.archives.gov/nhprc/ -- for all the latest news, grant information, and webinar announcements.