Commission to Meet May 19

The biannual meeting of the National Historical Publications and Records Commission is scheduled for May 19 at the National Archives building in Washington, DC. In addition to considering grant proposals for funding and approving new grant announcements, the Commission will review a draft of the Strategic Plan. If you are curious about the new draft, you can see it at our blog Annotation. Stay tuned after the meeting for new announcements about how we hope to carry out the Plan. 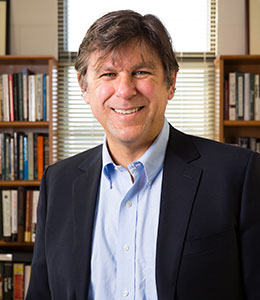 Congratulations go to William G. Thomas III, who represents the American Historical Association as a member of the National Historical Publications and Records Commission, for earning a prestigious Guggenheim Fellowship. He joined the Commission in January 2013.

Dr. Thomas is the John and Catherine Angle Professor in the Humanities at the University of Nebraska-Lincoln. Widely known for his expertise and knowledge of the Civil War, the U.S. South, and slavery, he has also been a leader in digital history through the History Harvest, the Virginia Center for Digital History at the University of Virginia, and as a co-editor of the award-winning digital project Valley of the Shadow: Two Communities in the American Civil War. He is currently researching a digital humanities project on early Washington D.C. family and law. Thomas will be working on a book called “A Question of Freedom: The Ordeal of an American Family in the Age of Revolution,” which will chronicle the history of a mixed-race family over four generations in Maryland and their 100-year struggle to become free from slavery.

In its ninety-second competition for the United States and Canada, the John Simon Guggenheim Memorial Foundation awarded 175 Fellowships (including three joint Fellowships) to a diverse group of 178 scholars, artists, and scientists. Appointed on the basis of prior achievement and exceptional promise, the successful candidates were chosen from a group of nearly 3,000 applicants.

We recently noticed a flurry of activity on Founders Online--the largest surge in traffic in its two years--and one document in particular seemed to be generating a lot of buzz.

Turns out that Lin-Manuel Miranda, the creator and lead in the Broadway smash "Hamilton" had been to Columbia University where they showed him a copy of the poignant letter that Alexander Hamilton wrote to his wife while he was preparing for his duel with Aaron Burr. Miranda tweeted about the experience and included a photo of the handwritten letter.

Several users pointed to the transcribed version of the letter on Founders Online at From Alexander Hamilton to Elizabeth Hamilton, [4 July 1804] -- where people can read the full letter online. The transcription is based on the original document at the Library of Congress, and the copy at Columbia University varies slightly. Many hundreds of people have downloaded the transcription, and then they began exploring and downloading related documents—causing a spike in traffic at the Founders Online site. Mystery solved! 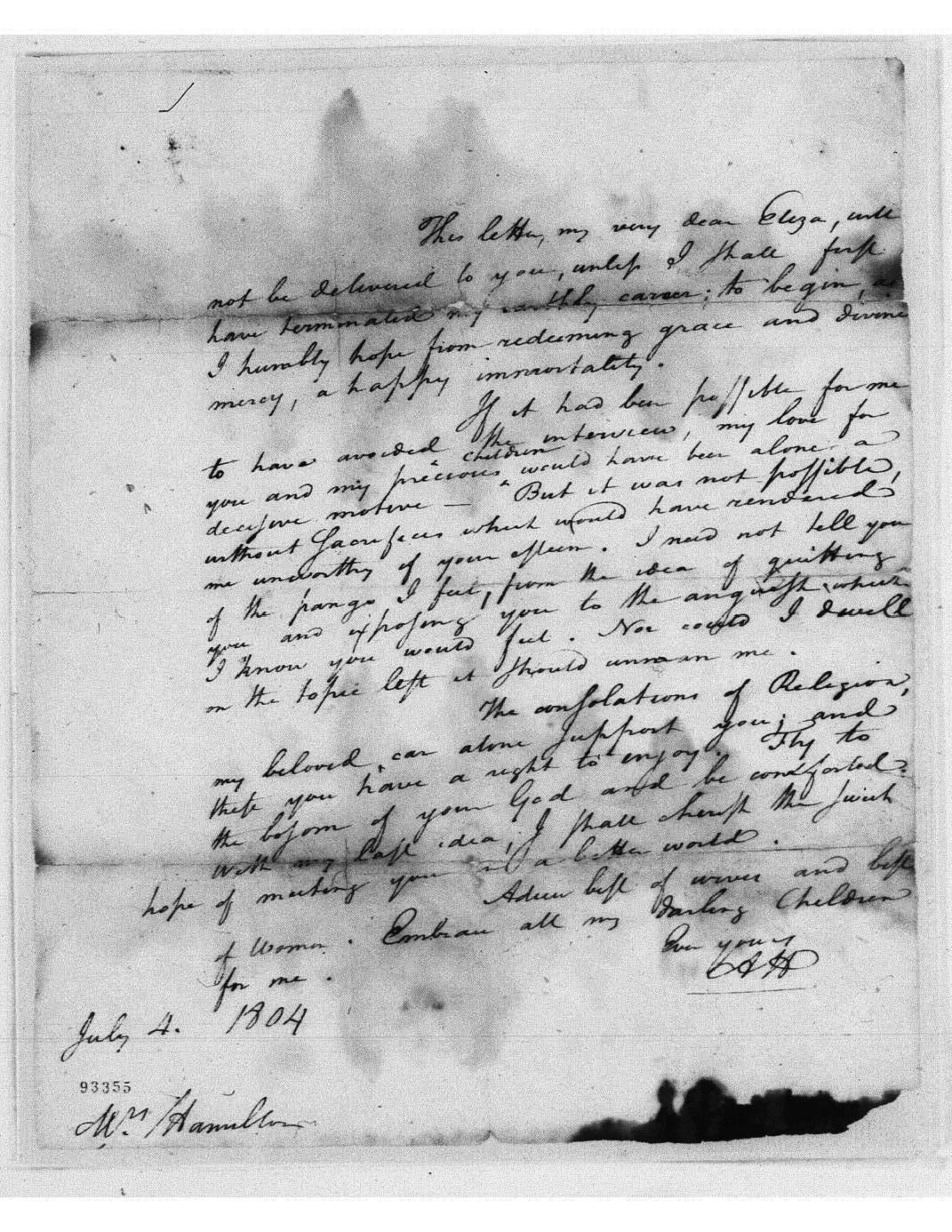 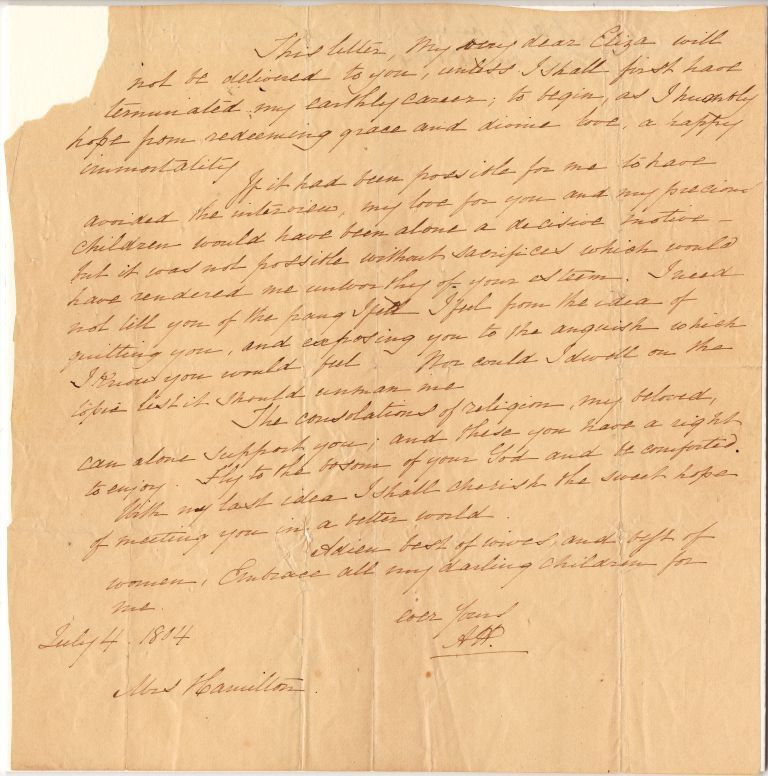 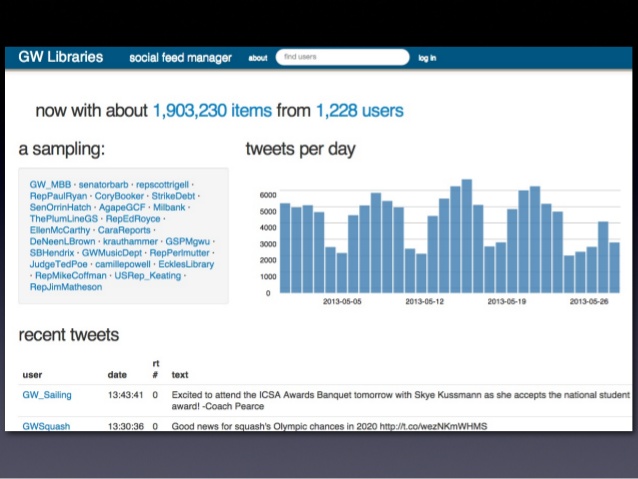 The NHPRC awarded George Washington University funding for a three-year project to explore innovative methods to facilitate the preservation and use of social media collections using Twitter, Flickr and Tumblr to develop an application as well as policies for collection development, records and metadata capture, and storage. Now the project is showing results through its Social Feed Manager. You can read more about it at GWU's Social Feed Manager page.

Social Feed Manager is open source software for libraries, archives, cultural heritage institutions and research organizations. It empowers those communities' researchers, faculty, students, and archivists to define and create collections of data from social media platforms. Social Feed Manager will harvest from Twitter, Tumblr, Flickr, and Sina Weibo and is extensible for other platforms. In addition to collecting data from those platforms' APIs, it will collect linked web pages and media. 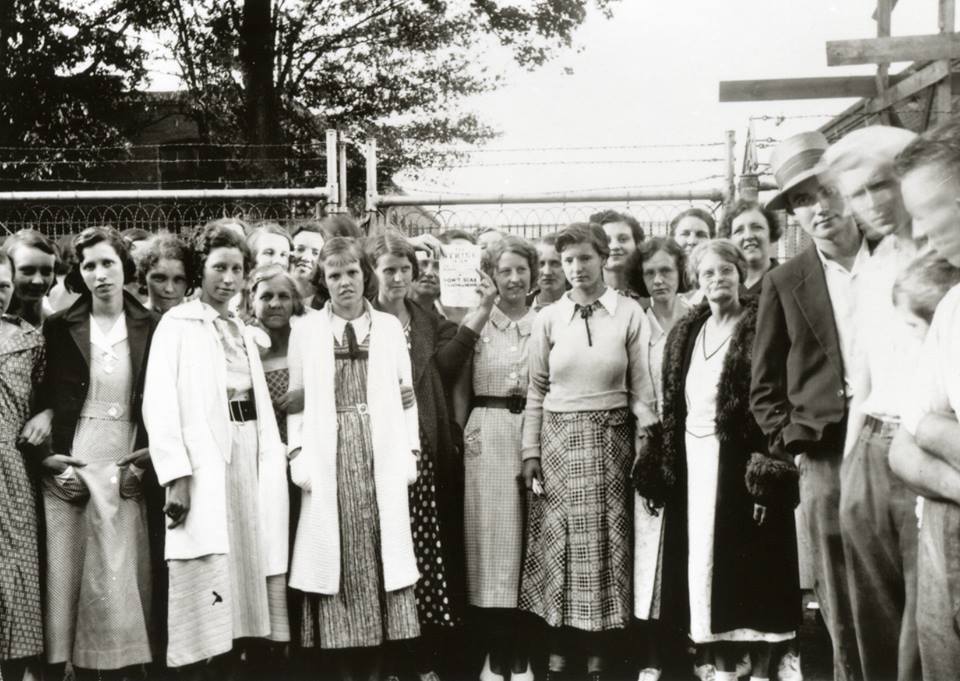 Enlarge
Strikers at the gates, from the Uprising of 34 site at the Georgia State University Library.

The General Textile Strike of 1934 was one of the largest labor strikes in the history of the United States. Half a million workers walked off their jobs in cotton mills across the South and up the Eastern seaboard, leading some company bosses to respond with violence. Some strikers were killed, others were imprisoned, and nearly all strikers were blacklisted and prevented from returning to work in the textile industry. The effects of the strikes and their consequences lingered in some communities for generations.

The Uprising of '34 is a documentary film, released in 1995, that tells the story of the General Textile Strike from the perspective of those who experienced it firsthand. During the film's production, over 300 hours of interviews were conducted with former mill workers, their children and grandchildren, labor organizers, mill owners, and others who experienced or were affected by the strikes. The recorded interviews are held in Georgia State University Library's Special Collections and Archives.

The National Historical Publications and Records Commission awarded Georgia State University Library a grant to digitize, transcribe, and make available online all of the interviews, which previously existed only in obsolete audiovisual formats. The digitized interviews are presented here using the Oral History Metadata Synchronizer (OHMS), and open-source software tool designed to make the content of an online oral history more discoverable. You can see details on the finished program at PBS.

The Girl He Left Behind and the DPLA 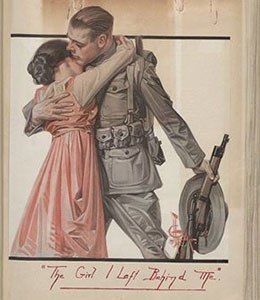 A page from the digital version of Dorothy Repiton Knox s World War I era scrapbook.

This image of a doughboy saying goodbye to his girl is from a scrapbook kept by Dorothy Repiton Knox during World War I, found in the Digital Public Library of America. The now digitized scrapbook contains letters, photographs, sketches, typescripts, newspaper clippings, and miscellaneous printed material relating to Dorothy Repiton Knox's acquaintances and the war in general. Subjects discussed include Chickamauga Park, Camp Greene, the aviation school at Georgia Tech in Atlanta, Ga., Fort Riley, Kan., life at home, the air war, medical training at the University of Pennsylvania and the effect of the war on the university's student body, Evacuation Hospital No. 7 of the A.E.F., Red Cross volunteers at the Southern Railway Station in Charlotte, N.C., and activities of the 30th Division of U.S. troops. Photographs and other material in the scrapbook reflect the activities of Miss Knox, Philip Woolcott, Don R. Harris, Vincent E. D. Bragg, William Carey Dowd, Jr., George A. Somarindyck, Howard L. Mingos, Earl E. Pease, and Forrest L. Marsh.

You can see it at the Digital Public Library of America.

The scrapbook is part of the Dorothy Knox Papers at East Carolina University, first processed through an NHPRC grant. Dorothy Knox (1896-1993) worked as a Red Cross volunteer in Charlotte, aiding servicemen at the Southern Railway Station as well as destitute families in the poorest sections of Charlotte and surrounding mill villages. After the war she launched her literary career and for a short period operated a bookstore in her home on Sunnyside Avenue. A member of the Charlotte Junior League, she published numerous articles locally and in the national Junior League publication.

The papers are divided into six subgroups reflecting Miss Knox's literary career and other interests. The first subgroup, consisting of correspondence, newspaper columns, and periodical publications, reflects Miss Knox's general literary career from the 1920's through 1975. Correspondence chronicles her efforts to publish articles in periodicals such as The American Golfer, Publishers' Weekly, The Retail Bookseller, and Home Friend Magazine. The bulk of correspondence concerns her columns published between 1933 and 1974 in the Charlotte News and the Charlotte Observer. You can see the Finding Aid at East Carolina University.

Isn’t She Wonderful? The Story of Molly Picon

Molly Picon (1898-1992) was one of the most celebrated and beloved actresses of Yiddish theater and film in America. For nearly 80 years, the "petite darling" enjoyed a career in radio, television, film, and stage.

In film she is best remembered for her Yiddish-language showcases of the 30s, notably in "Yidl mitn fidl" (1936), the story of a traveling musician who dresses as a boy to avoid unwarranted male advances. Picon's Broadway debut came in 1940. In 1981, she was inducted into the Broadway Hall of Fame. Her Hollywood film roles included the Italian mother in "Come Blow Your Horn" (1963), for which she received an Oscar nomination, and Yente the matchmaker in "Fiddler on the Roof (1971). You can read more about her fascinating history on blog of the Center for Jewish History called 16th Street.

An NHPRC grant helped preserve her papers at the American Jewish Historical Society, including extensive manuscripts of Yiddish and non-Yiddish plays, numerous radio and television scripts, programs and announcements for Picon's performances, and personal material such as correspondence and photographs. Also included is a large amount of musical material such as songbooks, handwritten lyrics, and sheet music, much of it in Yiddish.

Molly Picon and Jacob Yonkel Kalich on the set of Fiddler on the Roof (1971).
The AJHS also has created an online exhibition highlighting Picon's remarkable life and career.