Archivist of the United States David S. Ferriero has awarded 30 grants and 3 cooperative agreements totaling $2,104,819 to projects being undertaken in 22 states and the District of Columbia. The National Archives grants program is carried out through the National Historical Publications and Records Commission (NHPRC). A complete list of grants is at http://www.archives.gov/nhprc/awards/awards-11-16.html. 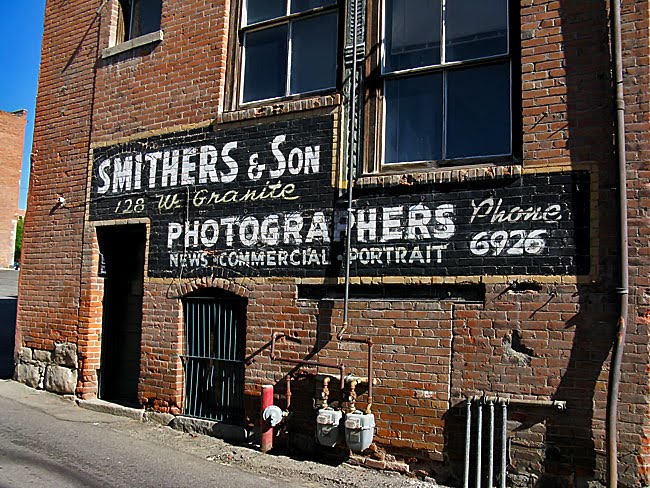 Publishing grants totaling $675,294 went to 5 publishing projects, including the papers of John Adams, Eleanor Roosevelt, Abraham Lincoln, the Presidential Recordings during the Lyndon Johnson Administration, and the Documentary History of the Ratification of the U.S. Constitution and Adoption of the Bill of Rights. The Commission also funded its ongoing cooperative agreement of up to $170,000 with the University of Virginia to support Founders Online, which provides free online access to the papers of the United States of America’s founders. 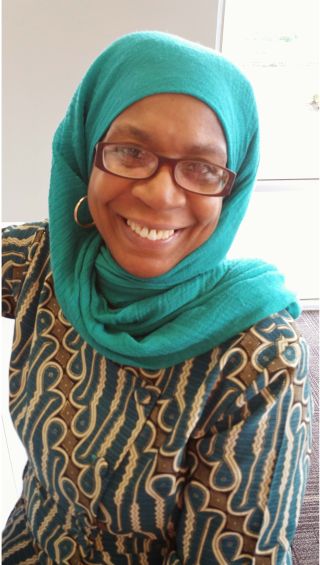 Rebecca Hankins is Associate Professor, Curator, and Librarian for Africana Studies, Women’s and Gender Studies, and Arabic Language at Texas A&M University, where she has worked since 2003.  Ms. Hankins was Assistant Librarian and Archivist at the University of Arizona from 2001 to 2003 and was an archivist at the Amistad Research Center at Tulane University from 1988 to 2001.  She is also the Regent for Exam Development for the Academy of Certified Archivists and a Distinguished Fellow of the Society of American Archivists.  Ms. Hankins received a B.A. from Loyola University New Orleans, an M.L.I.S. from Louisiana State University, and is a Certified Archivist with the Academy of Certified Archivists. Her latest publication is a book co-authored with Ph.D. candidate Miguel Juarez titled Where are All the Librarians of Color: The Experiences of People of Color in Academia published by Library Juice Press, 2016. 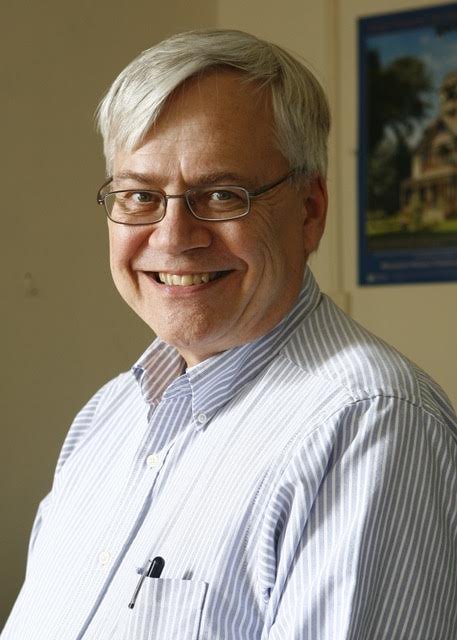 Michael Stevens will represent the Association for Documentary Editing. He has been a public historian for more than thirty-five years. Between 1987 and his retirement in 2013, he held various positions at the Wisconsin Historical Society including Assistant State Archivist, State Historian, and State Historic Preservation Officer. As a division administrator, he directed the Society’s publishing, education, outreach, and historic preservation efforts. Between 1978 and 1987 he served as publications director at the South Carolina Department of Archives and History. Stevens holds a Ph.D. in history from the University of Wisconsin-Madison. He has taught public history at Marquette University and for fifteen years directed the Institute for the Editing of Historical Documents. Stevens has edited a dozen documentary volumes including The Family Letters of Victor and Meta Berger and is author of Editing Historical Documents: A Handbook of Practice. He is past president of the Association for Documentary Editing and serves on the National Historic Landmarks Committee of the National Park Service.

Dennis Meissner represents the Society of American Archivists. He is the recently retired Deputy Director for Programs at the 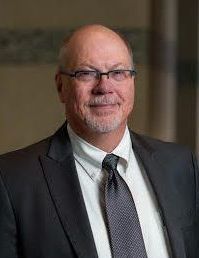 Minnesota Historical Society. A Fellow of the Society of American Archivists, he is the SAA’s immediate past president. Most of his 43-year career at MNHS focused on the arrangement, description, and use of archival materials, and he has participated in a number of national and international efforts to develop standards and practices in those areas.  In 2003-2004 he collaborated with Mark Greene on the NHPRC-funded More Product, Less Process research project, which has seen broad adoption within American archives and special collections, as well as international attention.

The National Historical Publications and Records Commission seeks projects that will significantly improve public discovery and use of major historical records collections.

This program has two phases. You must first submit a Preliminary Proposal, and successful applicants from the preliminary round will be invited to submit a Final Proposal

NEWS FROM THE FIELD 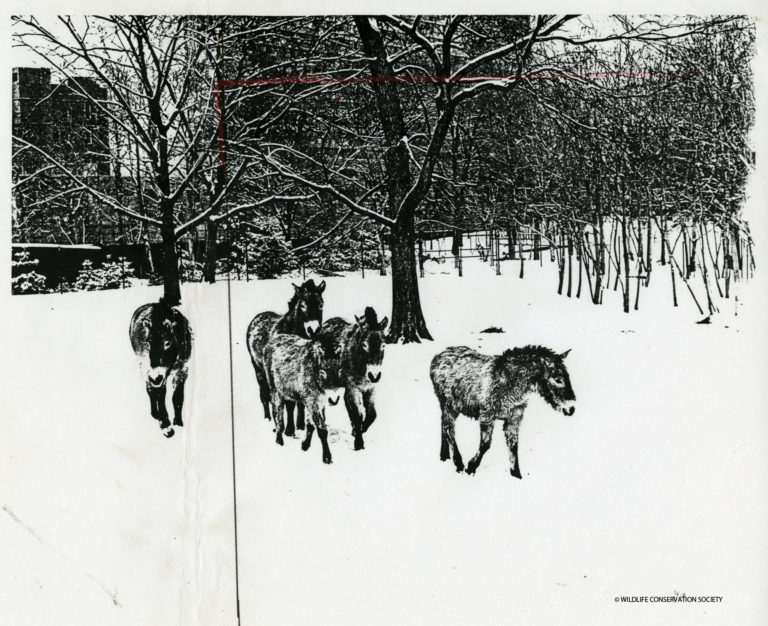 “Generations are growing up without any natural contact with wild creatures; a new public opinion concerning wildlife and wild environment is arising unfettered and unguided by fact or experience. Except at the Zoo, the opportunities to know or even become interested in wild creatures are largely vicarious ones for many city dwellers. The opinions of these people will shape the future of wild lands and wild creatures.” -William G. Conway. General Director, 1966-1999. New York Zoological Society. (Gathering of Animals. William Bridges. 1974. Page 500.)

A grant from the NHPRC is helping the Wildlife Conservation Society (WSC) arrange and describe 13 collections (approximately 191.25 linear feet) that document the mid-20th century environmental and wildlife conservation movements and the developing field of animal care in zoos and aquariums. The WCS Archives holds the things--the records, artwork, ephemera--that document WCS's long history of saving wildlife and wild places. Our posts highlight these historical treasures, discuss new projects underway in the Archives, and present an inside look at the history of WCS, which began in 1895 as the New York Zoological Society.

This photograph taken by NYZS photographer William Meng (1969 – 1996) accompanies the press release for the “Chinese New Year of the Horse.” Crop marks in red and black appear on the picture plane on the left and top edge of the image featuring the zoo's Mongolian wild horses. These edits highlight elements that concerned General Director Conway, namely the context of the zoo’s urban environment, when creating an image representative of the Zoo’s facilities and animal collections.

You can check out the Wildlife Conservation Society's Wild Things blog for more info and updates on the project at www.wcsarchivesblog.org 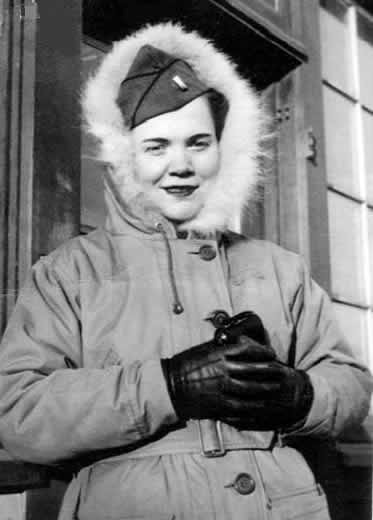 Through a grant from the NHPRC, Michigan State University, in partnership with the University of Texas-San Antonio, processed and digitized two audio recording collections of the Women’s Overseas Service League oral histories. Now you can listen to approximately 150 audio interviews with American women who served overseas during the Great War, World War II, the Korean War, Vietnam, and the Gulf War.

Founded in 1921 by women who had served in World War I, WOSL initially existed as local units, but soon became a national organization. The recordings, transcripts, and ephemera presented here enable the listener to understand the context under which these women served and later banded together to form the League.

In listening to these women's recollections, we learn of their experiences, including fighting for government benefits for women and supporting fellow service women through strategic philanthropic effort. We are beneficiaries of poignant reminiscences from their day-to-day challenges while overseas and after returning home.

King Philip's War was a military conflict that began in 1675 in which the Narragansett, Wampanoag, and other tribes fought to assert their sovereignty against the colonists. The colonial forces often enslaved captured Indians, who were taken from their homelands and often sent overseas to the Caribbean, Spain, and Northern Africa. 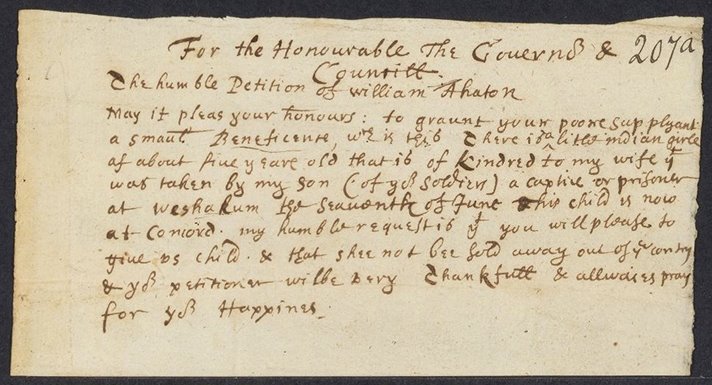 In Massachusetts, William Ahaton, a member of the Natick tribe, petitioned the government seeking the freedom of a “a litle indian girle of about five years old that is of Kindred to my wife” who had been taken prisoner.

“[M]y humble request is … you will please to give us child & that shee not bee sold away out of ye contry & yor petitioner wilbe very Thankfull & allwaies pray for yor Happines,"

This petition has been digitized by The Yale Indian Papers Project, a documentary editing endeavor and collaborative research initiative with the mission to advance scholarship on the history and culture of New England Native Americans.

Several archives with significant New England Indian collections have organized into a cooperative endeavor called The Yale Indian Papers Project to create and publish in an electronic database a scholarly critical edition of New England Native American primary source materials. This virtual collection, where the items are digitized, transcribed, annotated, and edited to the highest academic standards, makes these documents freely available over the Internet, using open-source software.

Native American tribal members and the general public now have visual and intellectual access to significant historical knowledge for the purposes of teaching, scholarly analysis, and research. The Project’s staff is based at Yale Divinity School in New Haven, Connecticut.

The National Historical Publications and Records Commission awarded the project a grant to fund the editorial preparation and electronic publication of 300 documents in the Massachusetts Archives written by and about Massachusetts Native communities from 1649 to 1870. The resulting product will include high-quality images, typographical facsimile and text-regularized transcriptions, with robust annotations and biographies.

To visit the project, go to http://yipp.yale.edu/ 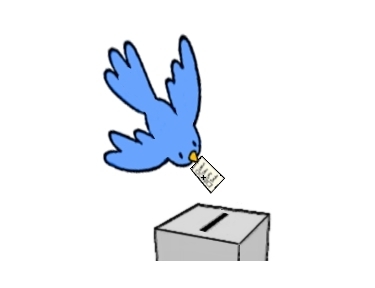 Where are the tweets of yesteryear? Or, at least, from the election that ended a month ago? Twitter, you may remember, was abuzz with comments from candidates and the public.

After the U.S. presidential election on Nov. 8, library staff at George Washington University collected more than 3.6 million tweets from election night and 279 million tweets about or from candidates, parties, conventions and debates throughout the election cycle. You can read more about those efforts at http://www.gwhatchet.com/…/gw-libraries-collect-millions-o…/

The collection is available on Social Feed Manager, a tool supported by a grant from the NHPRC, to assist in research through social media outlets. Researchers can access this collection of tweets from the election season by emailing the library's data email account. You can also find out more about the data set at https://dataverse.harvard.edu/dataset.xhtml…

Since its ratification on December 15, 1791, the Bill of Rights has protected our most fundamental rights—such as freedom of speech, protest, and conscience. It has given us the ability to hold our Government accountable and guarantees all of us equal protection under the law.  The National Archives has been protecting the parchment on which the Bill of Rights was inscribed since 1938.

During the 150th anniversary commemoration in 1941, Roosevelt issued a proclamation dedicating December 15, 1941, as Bill of Rights Day. In his message he referred to the document as “the great American charter of personal liberty and human dignity.” The National Archives has created a Bill of Rights 225 website. There you can link to Founders Online to read what James Madison and the other Founders thought of the need for a Bill of Rights to the Constitution. You can also check out 24 volumes from the Documentary History of the Constitution and Adoption of the Bill of Rights project (now available in PDFs at Wisconsin's Digital Collections Library ) to read about the debate leading up to the Bill of Rights. Subscribers can also access a digital edition on Rotunda.

The work of the Documentary History of the Ratification of the Constitution and the Adoption of the Bill of Rights project builds upon the wide-ranging search for documents that commenced in the 1950s. From the beginning, the concept has been to identify and collect – for each of the states that ratified the Constitution and debated and adopted the Bill of Rights – the official records, contemporary publications, and personal papers and other records related to the more than 3,000 participants in the process. To date, the project has published 27 volumes of documents selected from the more than 18,000 that have been accessioned from several thousand libraries and private collections, as well as some 42,000 items drawn from newspapers. Work has begun on The Adoption of the Bill of Rights series, and it is expected to be complete in six volumes.

NHPRC News is published every other month. If you have news you wish to share, please contact Keith Donohue, Director for Communications, at keith.donohue@nara.gov.