The National Historical Publications and Records Commission will meet on November 16, 2017 at the National Archives in Washington, DC. The Commission meets twice each year to review applications, make funding recommendations to the Archivist, and discuss policy recommendations. The public is welcome to attend the first part of the meeting on policy discussions. If you wish to do so, please register by email to nhprc@nara.gov by November 14.

For projects that will significantly improve public discovery and use of major historical records collections. This program has two phases. You must first submit a Preliminary Proposal, and successful applicants from the preliminary round will be invited to submit a Final Proposal

Each year in October we celebrate American Archives Month to raise awareness about the value of Archives and archivists. Our partners—the state historical records advisory boards—lead the way in statewide celebrations. The Council of State Archivists maintains a website (https://www.statearchivists.org/programs/archives-month/) with resources to help communities celebrate archives during October, including a lively collection of Archives Month Posters: 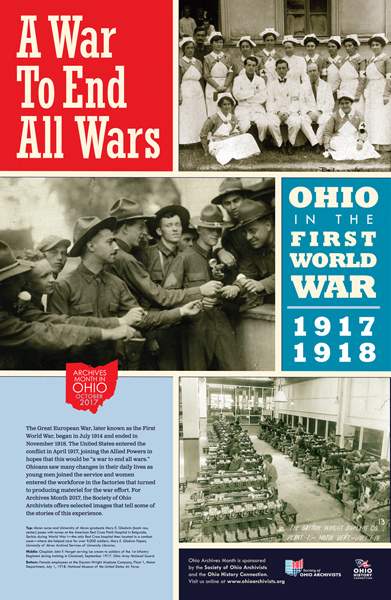 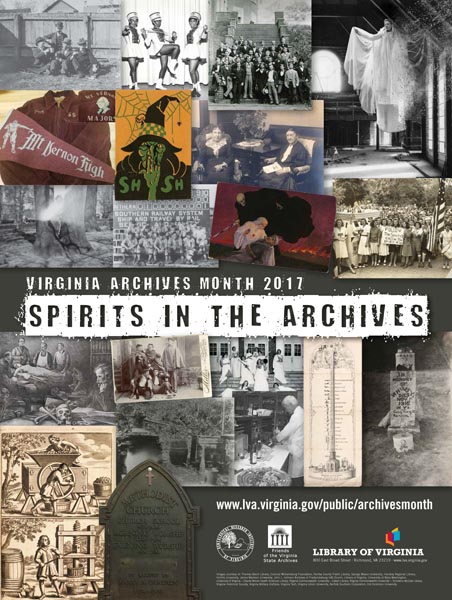 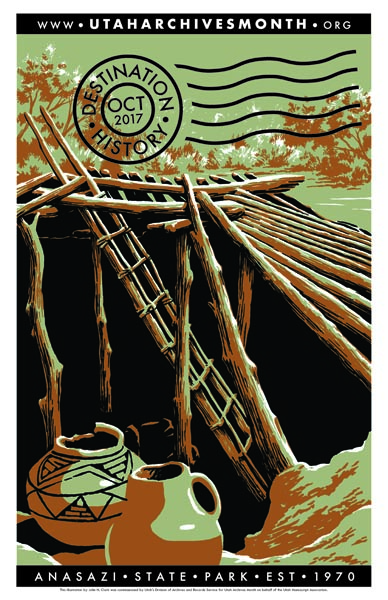 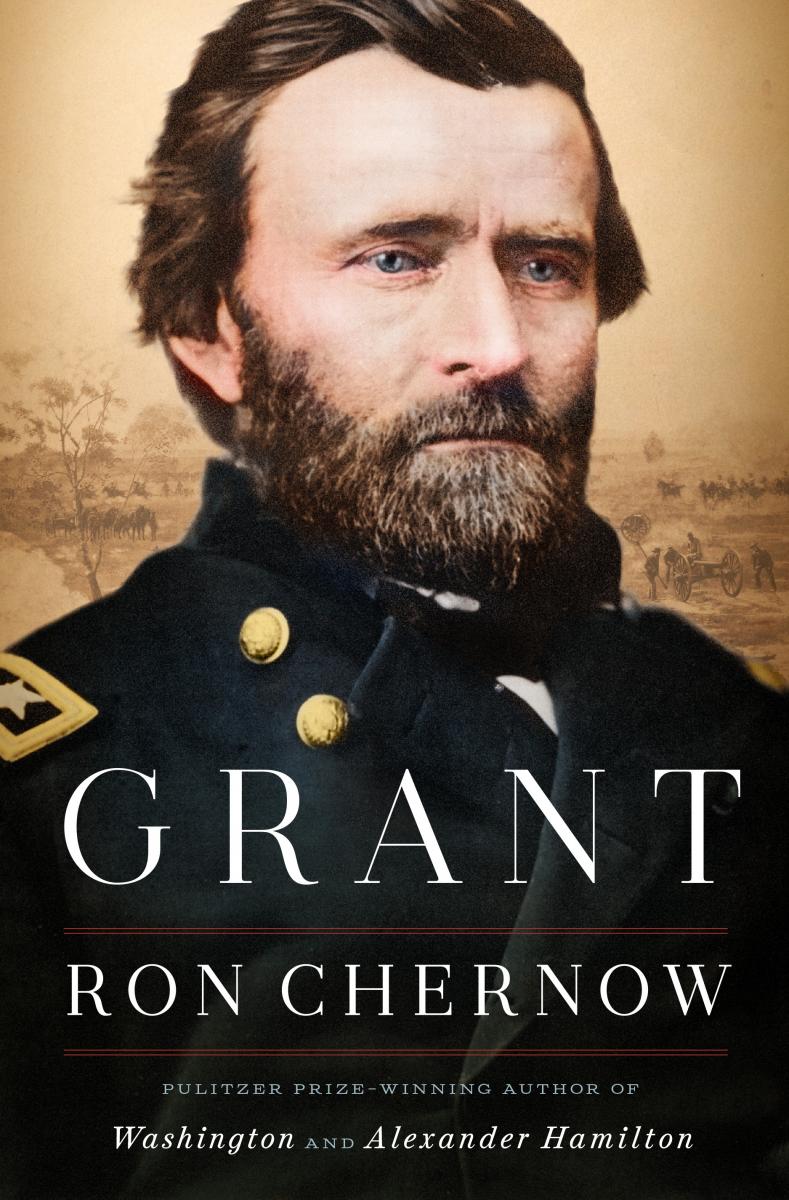 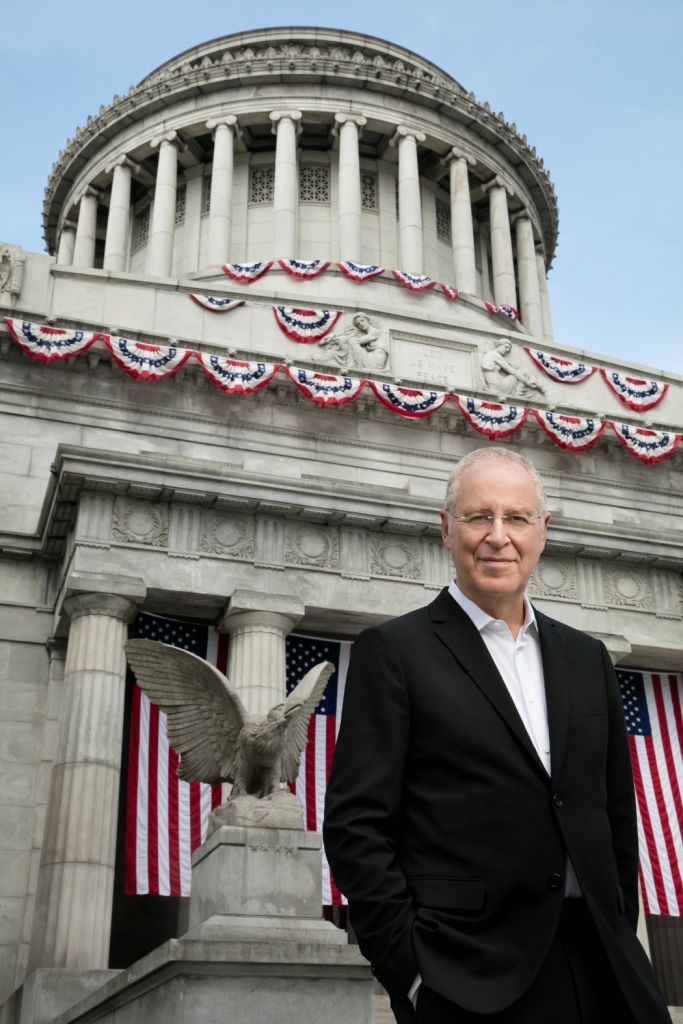 the work “a magnum opus of sustained scholarship. Packed with fifty thousand documents, this splendid edition has transformed our understanding of the man…Blessed with this abundant trove of papers, historians can no longer caricature Grant as an empty-headed dunce, a stereotype that has particularly damaged assessments of his presidency.” Chernow goes on to thank John F. Marszalek, head of the Ulysses S. Grant President Library at Mississippi State University where the Grant papers now reside along with another 250,000 documents that are not included in the print edition.

Ron Chernow’s new biography traces the ups and downs of the storied life, including Grant’s efforts to reunite the country after the Civil War while protecting the rights of the newly freed people once bound to slavery.  Recipient of the 2015 National Humanities Medal, Chernow is the author of seven books. The House of Morgan won the National Book Award. Washington: A Life won the Pulitzer Prize for Biography. Alexander Hamilton—the inspiration for the Broadway musical—won the American History Book Prize.

He has high praise for the work of the three documentary editions supported by the National Archives. “You’re not only seeing the life from the inside out, but the editors allow you to see from the outside in. For a biographer having that rounded view is essential, and it was done brilliantly. The scholars who create these editions are the unsung heroes of the profession. They make writers like me look good.”

Whitman and the Cosmic Consciousness

One of Walt Whitman's many friends in his old age was Richard Maurice Bucke, shown here with family members and young friend, on the steps of the Medical Superintendent's house, London Asylum, London, Ontario. Whitman (1819-1892) spent the summer of 1880 at Bucke's home, and they continued a long correspondence. 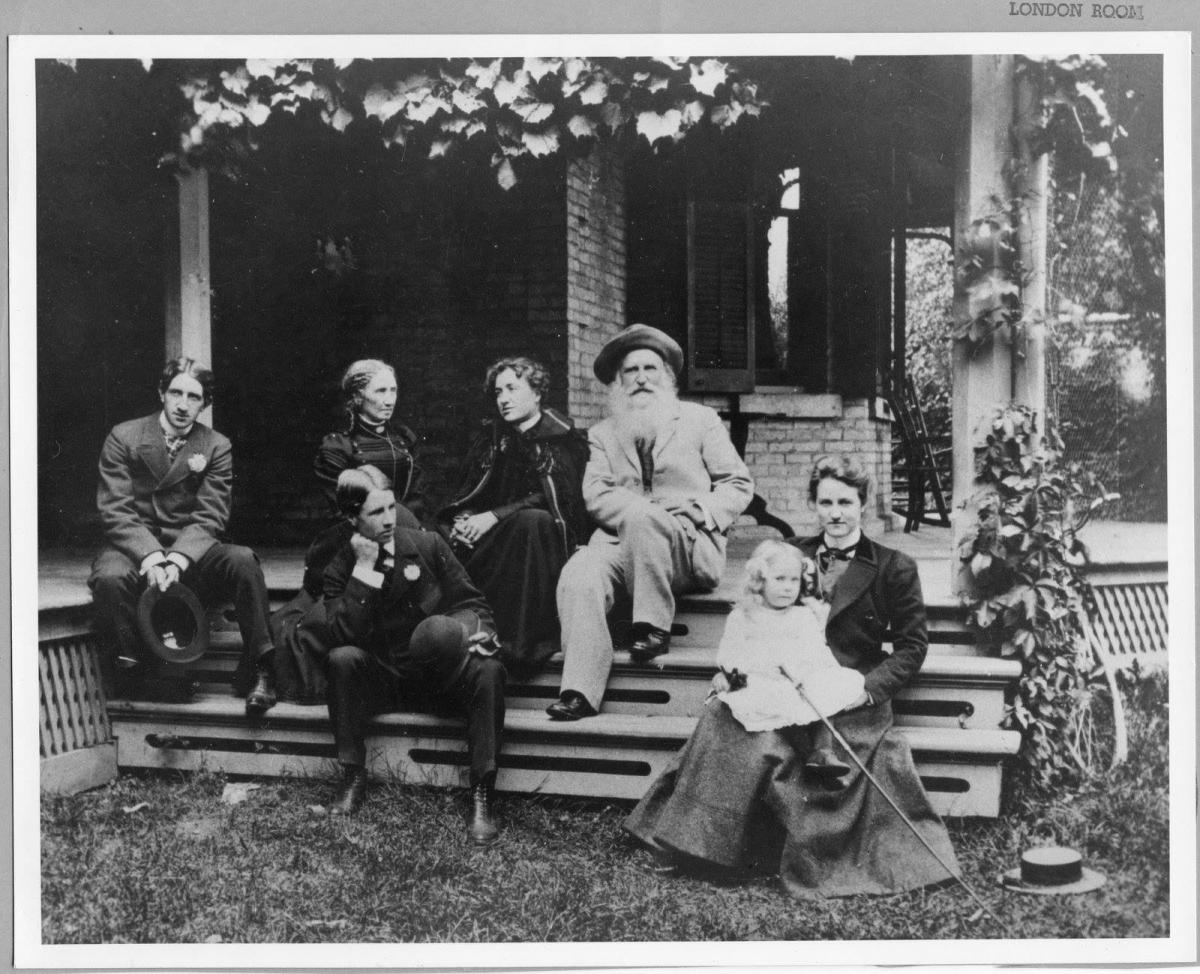 With the support of an NHPRC grant, the Walt Whitman Project has recently published 252 more letters to and from Whitman in 1888 as part of its "Old Age" section of Whitman's Correspondence. You can visit and read Bucke and Whitman's letters at the Whitman Correspondence Archive.

Bucke (1837–1902) was a Canadian physician and psychiatrist who grew close to Whitman after reading "Leaves of Grass" in 1867 (and later memorizing it) and meeting the poet in Camden a decade later. Even before meeting Whitman, Bucke claimed "Leaves of Grass" led him to experience "cosmic consciousness" and an overwhelming sense of epiphany. Bucke became the poet's first biographer with "Walt Whitman" (Philadelphia: David McKay, 1883), and he later served as one of his medical advisors and literary executors. In 1901 Bucke published "Cosmic Consciousness: A Study in the Evolution of the Human Mind." You can read more about Bucke at Whitman Encylcopedia.

Our friends at the Archives of Ontario have even more about the marvelous Richard Maurice Bucke, including the Bucke Collection and the records of the London Psychiatric Hospital.

"Thanks to Pan Am Mechanic Gary Hickman and Pan Am Captain Paul Scholz, a flying feline still has one of his nine lives left to live. Gary was performing a maintenance check at JFK after the arrival of a flight from Houston when he heard a mournful “meow” coming from the vicinity of the plane’s landing gear. He quickly discovered a dirty, scared and cold cat stowed away in the wheel well. First things first, Gary fed the cat some milk. He then learned that Captain Paul Scholz, himself a cat lover and breeder, would be operating that evening’s flight to Houston. The cat’s owner, Elaine Nolan, was contacted through a telephone number listed on an identification tag on the cat’s collar. She explained t 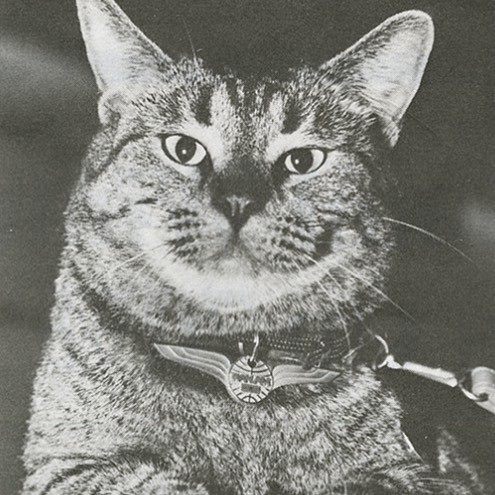 hat Bobby had run away from home several days earlier and that she had just begun coming to terms with the fact that Bobby’s nine lives were probably over. Captain Scholz volunteered to escort the cat on what turned out to be a short but salmon-filled flight back to Houston. Upon arrival, he personally returned Bobby to the arms of his happy owner. Pan Am and the Nolan family quickly became celebrities in the local media after “tails” of the feline flight were told – tales of how Bobby “earned his wings” after a 1,415 mile trek in the wheel well of a B727 at an altitude of 31,000 feet and temperatures well below zero. In honor of Bobby’s bravery, Captain Scholz returned to Houston Intercontinental Airport for a press conference where he presented Bobby with his Pan Am flight wings.” (from Pan Am Clipper, Feb. 1991)

The University of Miami Libraries Special Collections is home to the Pan American World Airways, Inc. Records. From Pan Am’s founding in 1927 through its closing in 1991, Pan Am was a pioneer in the development of aviation equipment, air routes, commercial passenger service, navigation techniques, and communication systems. Fifteen hundred boxes of administrative, legal, financial, technical, and promotional materials as well as internal publications, photographs, audiovisual material and graphic material form this vast resource. A cataloging effort supported by a grant from the National Historical Publications and Records Commission has allowed these materials to be organized thematically, and you can visit the Pan Am exhibit online.

With support from a second NHPRC grant, archivists from the University of Miami Special Collections are digitizing over 60 boxes of brochures, timetables, annual reports, and publications from the Pan Am collection.

George Rapp and the Harmony Society

During the early 19th century, scores of utopian societies, settlements, and communes were formed in the United States as part of the Second Great Awakening and other movements, in part as a response to the rationalism of the Enlightenment. One of the longest-lasti 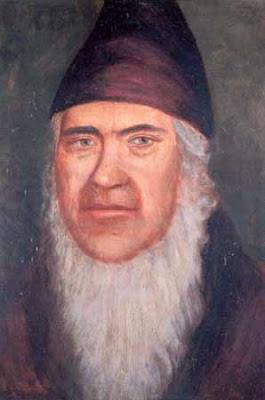 ng experiments was the Harmony Society.

“I am a prophet and am called to be one.” George Rapp (1757-1847) began preaching in Germany in the 1780s and his followers split from the Lutheran Church in 1785 and left for the United States in 1803. Some 800 people joined the “Harmonie” community in Butler County, Pennsylvania. In 1814, the Society moved west to Indiana, before moving back to Pennsylvania to the town of Economy. The Indiana settlement was then purchased by Robert Owen, who renamed it as New Harmony, and built a Utopian society.

Meanwhile Rapp’s Christian communal experiment continued, outlasting Rapp himself, until the early 20th century, one of the few 19th century utopian societies to have endured for so long—despite the admonition to the celibate life. Remnants of their way of life can be seen in the Village of Old Economy in Pennsylvania.

Karl Arndt (1905-1991) was a scholar specializing in utopian studies and the Head of the Department of German at Clark University in Worcester, Massachusetts. With support from the NHPRC, he published a documentary history of the utopian community, six volumes published by the Harmony Society Press and two by the Indiana Historical Society. The Harmony Society Papers were transferred to the Old Economy Village historical site, but microfilm copies of most of the materials (including Arndt’s papers) can be viewed at the Pennsylvania State Archives. – here’s the finding aid: http://www.phmc.state.pa.us/bah/dam/mg/mg185.htm

Last summer’s solar eclipse may be fading from view, but such astronomical events are vital to history. Thomas Jefferson wrote a letter to astronomer Nathaniel Bowditch about the solar eclipse of September 17, 1811, thanking him for deducing the longitude of Monticello:

"I thank you, Sir, for your highly scientific pamphlet on the motion of the Pendulum, and more particularly for that containing the deductions of longitudes of places in the United States, from the Solar eclipse of 1811. that of Monticello is especially acceptable, having too long lost familiarity with such operations to have undertaken it my self. mr Lambert of Washington had also favored me with his calculation, which varied minutely only from your’s; he having, from the same elements, made the Longitude of Monticello 78°–50′–18.877″ W. from Greenwich. I am happy indeed to find that this most sublime of all sciences is so eminently cultivated by you."

Nathaniel Bowditch (1773-1838) was born in Salem, Massachusetts and was a self-taught mathematician. After years of serving as a sailor and ship owner, he revised the errors in the 18th century New Practical Navigator by John Hamilton Moore. Bowditch also served as an insurance actuary, was offered the chair of mathematics and physics at Harvard, and published several works on astronomy. He was a member of the American Academy of Arts and Sciences, the American Philosophical Society, and the Royal Societies of Edinburgh and London and the Royal Irish Academy. The Boston Public Library holds an extensive collection of Bowditch's books and papers. The NHPRC funded a project at the Phillips Library of the Peabody Essex Museum which holds the Bowditch Family Papers. Nathaniel is perhaps best known as the author of the American Practical Navigator, published in 1802 and still in use through a series of revised editions by the U.S. Navy. The "Bowditch" is a handbook for navigators reflecting his intent "to put down in the book nothing I can't teach the crew." 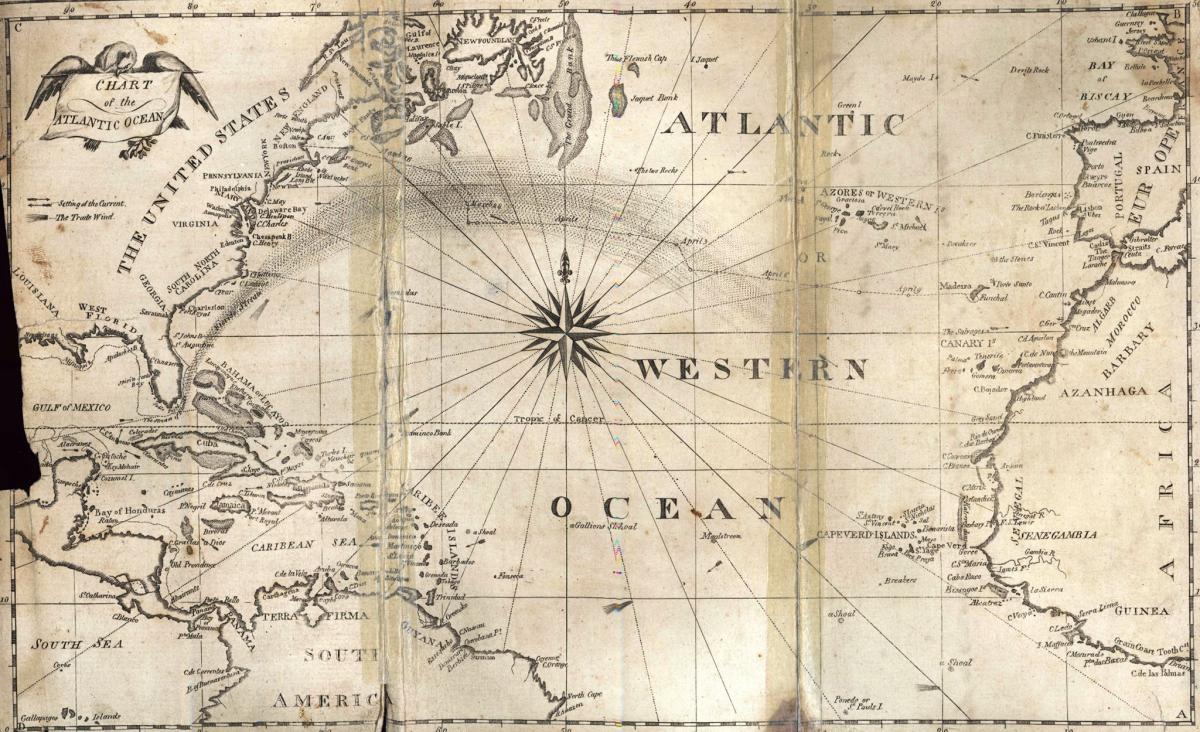 This chart of the Atlantic Ocean is from the American Practical Navigator, published in 1802, from the U.S. Naval Observatory collection.