WHAT: A special opportunity for the press to preview Fighting for Democracy, a temporary exhibition opening at the National Archives.

What do we mean by “We the People?” This question is explored in “Fighting for Democracy” through the experiences of women and men who sought equal treatment during World War II. This exhibition tackles questions about freedom, history, and democracy in a diverse America.

Presented by the National Center for the Preservation of Democracy, an educational program of the Japanese American National Museum, Fighting for Democracy will be on display in the Lawrence F. O’Brien Gallery in the National Archives Building from January 28 to February 28, 2010. The exhibit was made possible with major support provided by The Boeing Company and the U.S Army Center for Military History, and with additional support by the Foundation for the National Archives. Both this preview and the 10-city tour are made possible through the support of The Boeing Company.

The exhibition opens to the public on Friday, January 29, in the Lawrence F. O’Brien Gallery of the National Archives Building in Washington, DC, and runs through Sunday, February 28, 2010.

For questions about the exhibit, contact the Japanese American National Museum at 213-625-0414 or www.janm.org.

This page was last reviewed on February 12, 2019.
Contact us with questions or comments. Navajo Code Talker Carl Gorman tracks enemy movements on the island of Saipan in the Marianas, June 27, 1944, US National Archives. 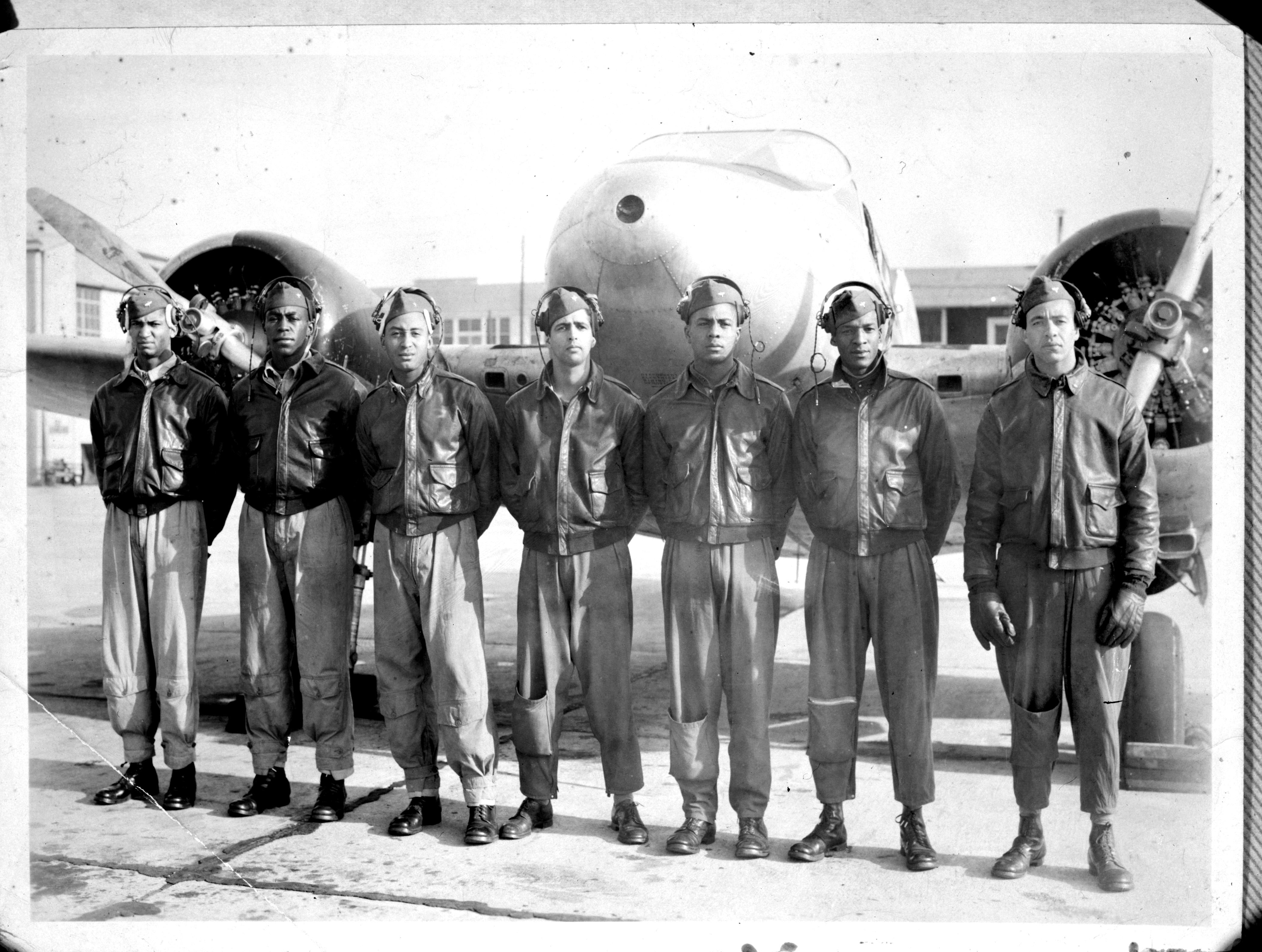