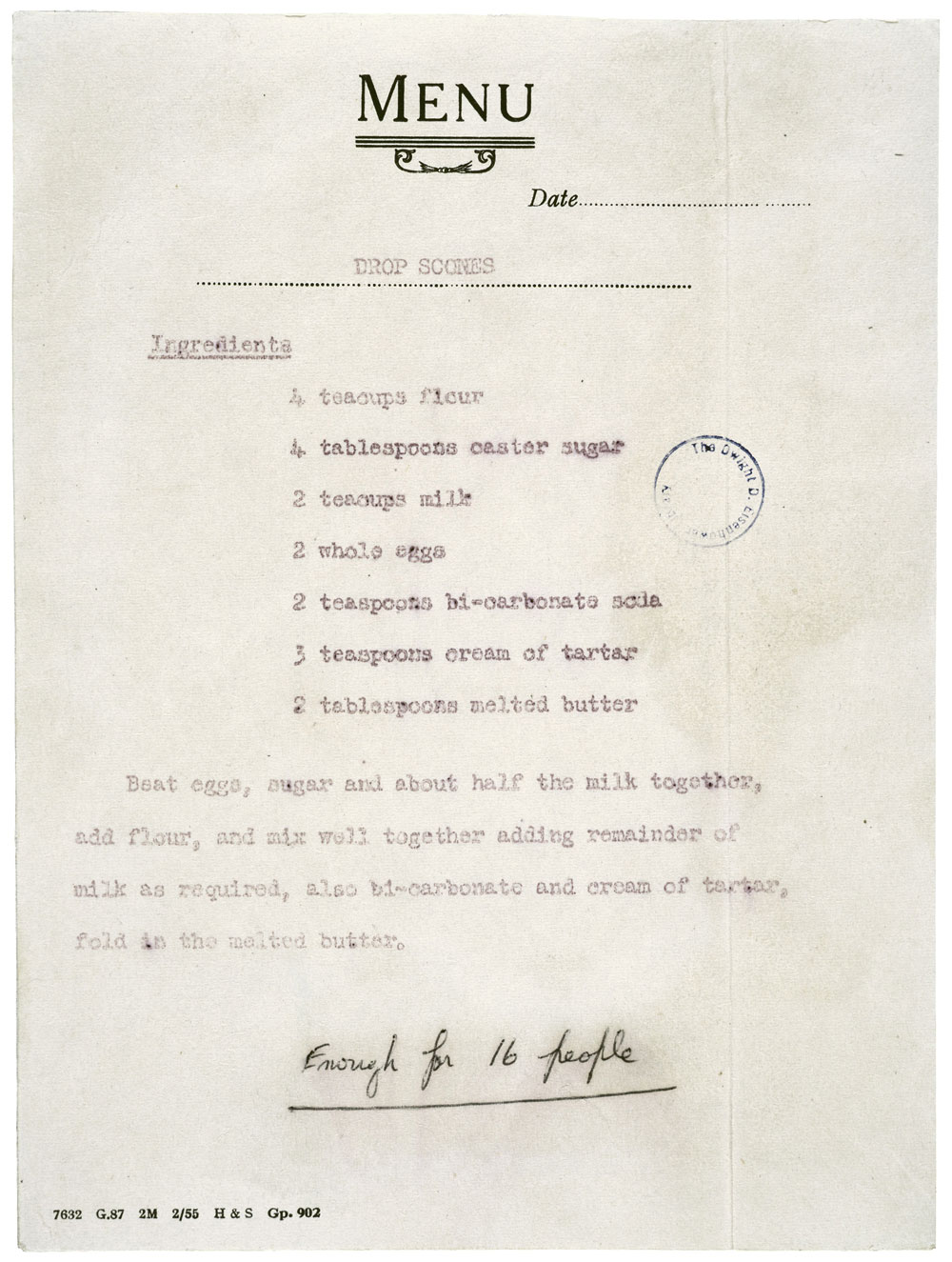 Fretting over your royal wedding breakfast? If your box cereal or breakfast bar doesn’t seem like just the right menu for the big day, how about whipping up a batch of traditional English scones, using Queen Elizabeth’s own recipe?

In August 1959, Queen Elizabeth entertained President Dwight Eisenhower at Balmoral Castle near Edinburgh. At a barbecue in the Scottish highlands, the Queen made drop scones for the President using a family recipe. The following year, enclosed in a letter to the President, Queen Elizabeth included an annotated copy of her recipe which is featured in an upcoming exhibition at the National Archives entitled, “What’s Cooking Uncle Sam?”

“What’s Cooking, Uncle Sam?” is an exhibition that explores the Government’s effect on the American diet. Unearth the stories and personalities behind the increasingly complex programs and legislation that affect what Americans eat. Learn about Government’s extraordinary efforts, successes, and failures to change our eating habits. From Revolutionary War rations to Cold War cultural exchanges, discover the multiple ways that food has occupied the hearts and minds of Americans and their Government. The exhibition opens June 10, 2011, in the Lawrence F. O’Brien Gallery of the National Archives Building, 700 Pennsylvania Avenue, NW, Washington, DC.

See information about reservations to see the exhibit [http://www.archives.gov/nae/visit/reserved-visits.html].