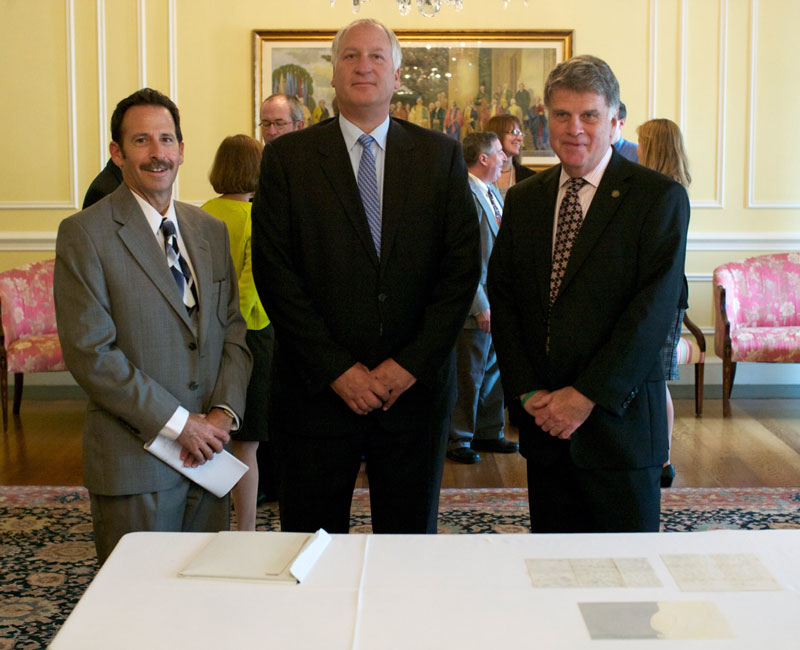 Archivist of the United States David S. Ferriero announced today that the National Archives has recovered two documents apparently removed at some unknown time in the past from Civil War-era Commission Branch records. One of the documents includes a lengthy, hand-written endorsement by President Abraham Lincoln of the Rev. Henry Edwards as chaplain of a military hospital in Hagerstown, Maryland in 1862.

Early in 2009 investigative archivist Mitchell Yockelson saw documents in the catalogue of a New York autograph dealer that appeared to belong in a Civil War-era commission branch file held by the National Archives. The documents were from the file of Rev. Henry Edwards, who served as chaplain at a military hospital in Hagerstown, Maryland.

There were two items in the catalogue: a letter to President Lincoln, dated November 6, 1862, from three military surgeons requesting that the President appoint a chaplain to serve in hospitals treating the wounded from the Battle of Antietam; and the wrapper, or cover sheet, of Edwards’ military file, on which President Lincoln had endorsed the appointment. The president’s signature was dated November 12, 1862.

Retired National Archives Civil War archivist Michael Musick said the Commission Branch files of the Adjutant General’s Office “apparently at one point were hit rather hard, by a thief interested in Lincoln documents, perhaps when these records were still in the custody of the War Department,” before the National Archives was created in 1934. Mr. Musick says there is no way to determine when or by whom these documents were removed from the Edwards file.